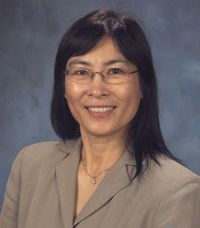 Min Zhou is a professor of sociology and an expert immigration, race and ethnicity, Asian Americans, community and urban sociology. Zhou has done extensive research on immigrant adaptation, ethnic entrepreneurship, ethnic-language media, ethnic-language schools and the education of immigrant and refugee children. She has also done work on housing reform and migrant workers’ adaptation to urban life, and emigrant communities in China and intra-Asian migration.

In her in-depth study of New York City’s Chinatown, Zhou’s research revealed that, despite poverty and a lack of job skills and English proficiency, many new immigrants live in communities that support their economic development and adaptation to their new homeland.

Zhou, who is the Walter and Shirley Wang Endowed Chair in U.S.-China Relations and Communications, has also studied Asian American youth culture and intergenerational social mobility among immigrants.