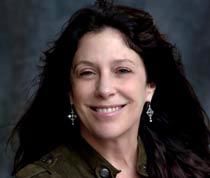 Nancy Richardson, professor at the UCLA School of Theater, Film and Television, is a longtime film editor whose most recent credit is “Fighting With My Family,” starring Dwyane Johnson. She also edited the two films in the “Divergent” action-film franchise. She has been a member of the Editors Guild board of directors for more than a decade.

Her many credits include “thirteen,” “Lords of Dogtown,” “Twilight” and “Red Riding Hood,” all directed by Catherine Hardwicke; and “Mi Familia,” “Selena” and “Why Do Fools Fall in Love,” directed by Gregory Nava. She also edited the directorial debut of Maya Angelou, “Down in the Delta.” Other credits include “Stand and Deliver,” “Step Up,” “The Twilight Saga: Eclipse,” and “Warm Bodies.”