The history of MacArthur Park, home of UCLA’s Labor Center, in many ways reflects that of Los Angeles. It was a mudhole when the city took it over in the 1880s, but an aggressive reclamation project and a natural spring brought it to life. The park was the site of a notorious melee in 2007, when Los Angeles Police Department officers clashed with protesters demanding amnesty for undocumented immigrants. Today, the area’s streets hum with many of the languages of Los Angeles: Chinese, Japanese, Korean, Filipino, English and Spanish.

On Labor Day (of course), the Labor Center, an integral part of that diverse community, opened a new chapter in its storied history. Thanks to a $15 million grant from the state of California, the center is renovating its headquarters, one block away from the park. UCLA has purchased the building, which it had rented for 19 years, and the grant will enable seismic retrofitting, the addition of a new elevator and improvements to make the structure ADA compliant.

The new, permanent offices will be called the Rev. James Lawson Jr. Worker Justice Center, in honor of the longtime labor and civil rights leader. Lawson did groundbreaking work in Nashville before moving to Los Angeles in the 1970s, bringing with him his commitment to economic justice, civil rights and pastoral leadership. The center’s naming marks a milestone in the life of the city’s labor movement, as well as in the history of the Labor Center itself, as the center has long been immersed in Los Angeles’ immigrant life and in the struggles and triumphs of work and family. This is especially true at this moment, when those communities are emerging from a bitter year of battling COVID-19 and its economic fallout.

Addressing the Needs of Workers

For decades, the Labor Center has connected UCLA to the dynamic communities of Los Angeles.

“It is the biggest thrill for us to have UCLA in the city’s working-class community,” says State Sen. María Elena Durazo, former director of the Los Angeles County Federation of Labor and a lifelong organizer. Durazo, who championed the bill that secured the renovation funding, credits the center with providing students, energy and research to the labor movement in Los Angeles.

In June, nearly 100 students majoring or minoring in labor studies graduated from UCLA. The majority of those students are women, people of color or first-generation college students. Many found their way directly into the work of the labor movement, either through the center’s Community Scholars Program or by contributing to research around immigration, wages or other labor-related issues. In campaigns such as the fight for a living wage, the center “participated and … lent scholarly support,” says Madeline Janis J.D. ’86, a longtime Los Angeles and national labor leader, adding that the “voice of the university” was also useful in securing the attention of officials and others outside the labor fold.

“The UCLA Labor Center has made historic contributions to working-class communities, immigrants and communities of color, who have faced the most severe consequences and mortality rates from the COVID pandemic,” Los Angeles County Supervisor Hilda Solis, a former U.S. Secretary of Labor, said in a motion supporting Durazo’s bill. “They pivoted to address the urgent needs of workers and their families in Los Angeles by providing invaluable research for L.A. County on issues affecting essential workers.”

The antecedents of the UCLA Labor Center and its counterpart at UC Berkeley were founded in 1945 by California’s Republican governor, Earl Warren, who viewed himself as the heir to the state’s progressive tradition, championed by former Gov. Hiram Johnson. Ambivalent about organized labor, Warren courted its support but was wary of its connections to the Democratic Party. The centers reflected those tensions, founded as part of California’s interest in industrial development and in studying workers and their interests, but without fully committing to organized labor. Thus, the programs at both universities were styled as industrial relations programs. 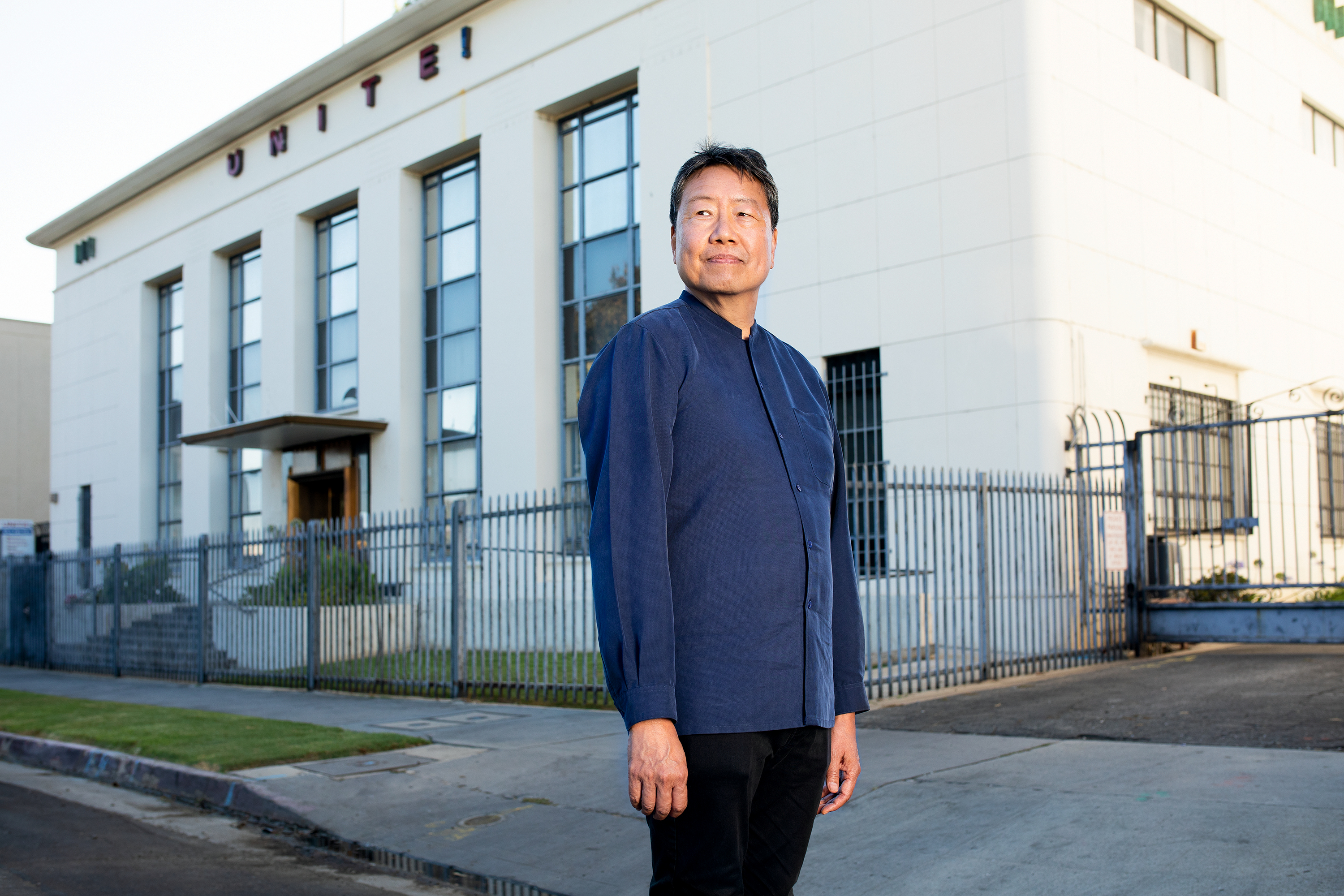 That shifted in 1964, under Democratic Gov. Pat Brown, when UCLA created the Center for Labor Research and Education. The center continued to evolve through the ensuing decades, tackling questions about labor organization, wages, unemployment and job discrimination and homing in more closely on issues of concern to traditional unions.

Kent Wong, a veteran of the Service Employees International Union (SEIU) and a graduate of the Peoples College of Law, joined the UCLA Labor Center in 1991. During his tenure at SEIU, the union’s Los Angeles chapter helped lead the Justice for Janitors movement and worked to organize home health care workers. These were novel departures for organized labor because they focused on low-wage, largely immigrant groups of workers.

At that time, “SEIU was a very dynamic union that was charting a new course for the labor movement here in Los Angeles,” Wong says.

During his time at SEIU, he was recruited by the UCLA Labor Center. Wong says he accepted the position because it offered him the opportunity to work “not just with one union but to work with dozens and dozens of unions,” and he could combine his interests in teaching, research and direct action. His tenure has validated that decision. Under his directorship, the center has vastly expanded its staff, programs and ambitions, growing from three staff members to more than 30.

“The UCLA Labor Center has made historic contributions to working-class communities, immigrants and communities of color.”

The Movement Politics of Labor

As the center has deepened its relationship to the Los Angeles labor movement, it has also studied and helped to lead a transformative moment in the history of American politics and labor. Once solidly Republican, both the city of Los Angeles and L.A. County have increasingly moved to absorb the values of immigrant constituencies and their connections to labor.

In recent years, campaigns centered in Los Angeles have included the national movements to solidify the legal status of “Dreamers” (young immigrants whose status in the U.S. was to be affected by Congress’ proposed DREAM Act, which never passed); the work to secure a living wage and raise the federal minimum wage; and the efforts to improve working conditions and environmental protections at the Port of Los Angeles and elsewhere. One powerful result is that Los Angeles has shifted the image of a union worker in today’s America. Once that of a gruff steelworker in Pittsburgh or a miner in West Virginia, the image now is a single mother working in a California hotel or a recent immigrant tending to patients in their Central Valley homes. 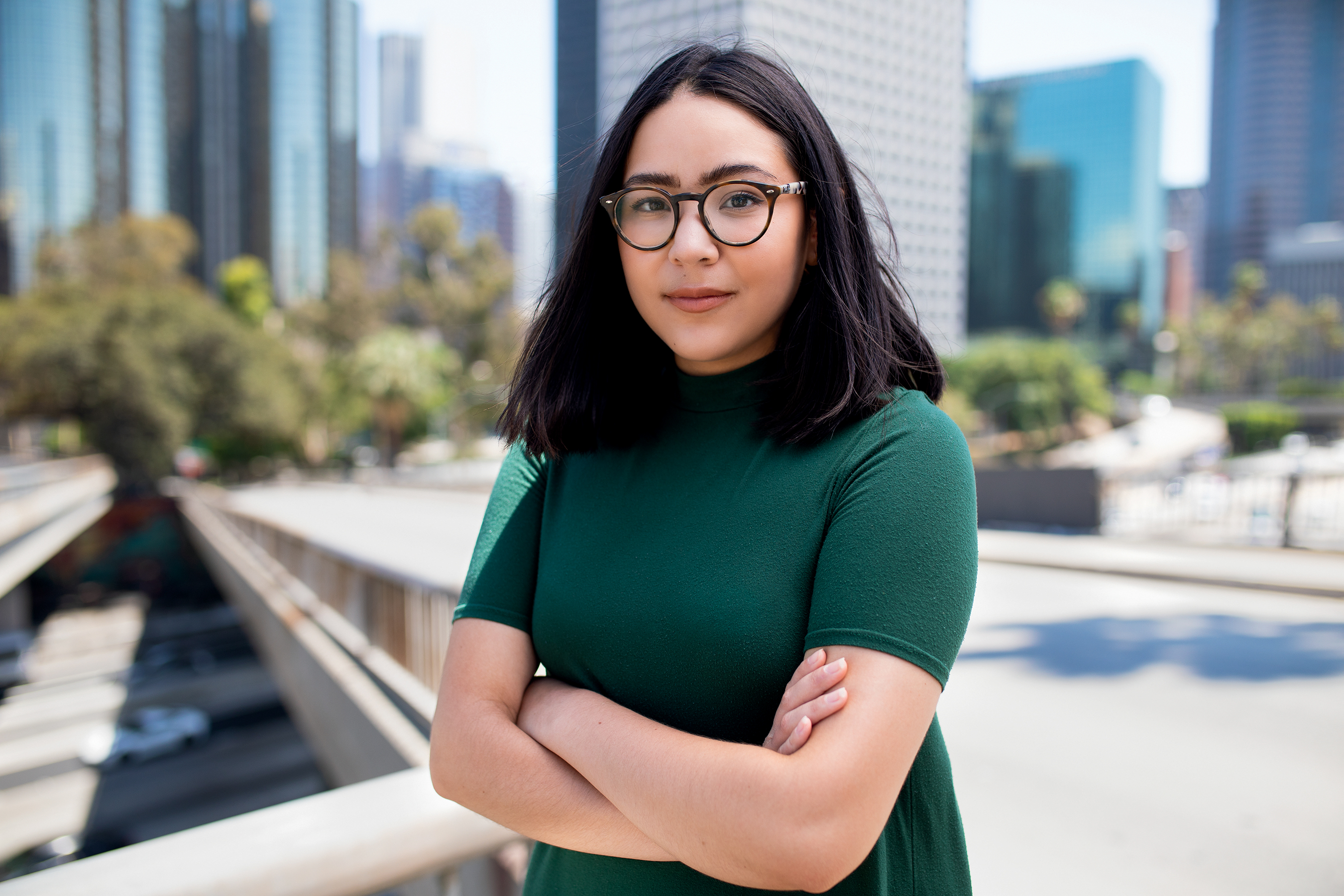 Sam Comen
Ashley Michel ’21, a labor studies major, draws inspiration from her family history of agricultural workers and from her mother, a domestic worker. Michel continues to pursue her passion for social justice at the Los Angeles Alliance for a New Economy (LAANE), a local organization focused on advocacy in support of low-wage workers and progressive policies.

Those changes were wrought, in part, by a new approach to organizing in Los Angeles. Rather than concentrating on individual votes at single companies, organizers here broadened their campaigns to include church and community groups and to think more expansively about the interests of families, from schools to parks to safety. They used leverage with local governments to bring that force into play, and they moved from campaign efforts to movement politics. Labor, at least locally, has evolved from organizing factories for improved wages and benefits to acting as a centralizing force for communities to protect themselves and maximize their influence. Its range of vision has expanded, and so have its ambitions.

The message has not been lost on the labor movement, though some national leaders continue to resist the lessons of Los Angeles. In decline nationally, its base was eroded by the disruption of heavy industries, such as steel and mining. Organized labor has grudgingly acknowledged Los Angeles as a powerful counterexample, a place where labor is ascendant not by having redoubled its efforts in fading industries, but by having expanded its message and reached new communities. Los Angeles is charting a course, even if not everyone yet understands that.

“Los Angeles has emerged as the focal point for the new American labor movement,” Wong says.

Durazo agrees, but she warns that not all leaders have grasped the significance of that change: “The labor movement nationally cannot succeed if we exclude immigrant workers or any workers of color.” 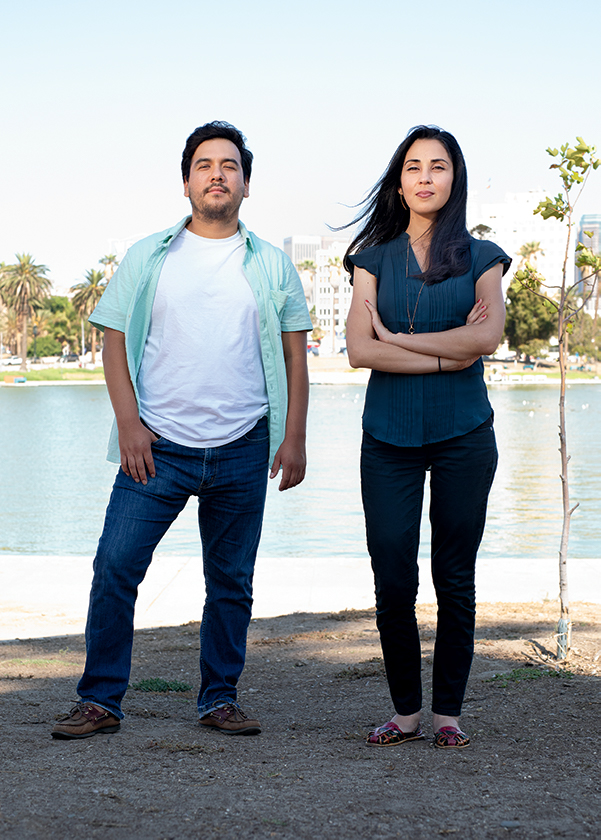 The emphasis on those workers has allowed labor to grow in Los Angeles, and one result of that has been the changed fortunes of labor’s political might. In many parts of California today, it is nearly impossible to win or hold office without the support of at least some elements of organized labor. As a large movement, its component parts do not always work in lockstep. Prison guards, for instance, may not hold the same priorities as schoolteachers or hotel workers.

As Wong puts it, labor is largely responsible for transforming California from a purple state to a blue one. Today, every statewide elected official is a Democrat, the vast majority of them supported by labor. Majorities of the Los Angeles County Board of Supervisors and the Los Angeles City Council are labor-backed Democrats.

“We have succeeded in changing the politics of Los Angeles,” Durazo says.

Not everyone likes that, but no one denies it.

A Hub of Organizing

The headquarters of the Labor Center is within walking distance of more than 20 labor union offices. It is a hub of organizing, a model of “engagement with Los Angeles,” says Abel Valenzuela, professor of Chicana/o and Central American studies and labor studies and director of UCLA’s Institute for Research on Labor & Employment. “That’s something UCLA has been articulating for a long time.”

Indeed, UCLA’s mission is often described as threefold: teaching, research and service, the last one being fundamental to the very notion of a public university. And yet, the Labor Center’s work sometimes attracts quiet misgivings. Why, some officials ask (though none publicly), should UCLA help to support a movement with such overt political aspirations?

To which supporters of the center respond: These communities are at the heart of Los Angeles’ future, and what would service and engagement be without attempting to understand and advance their interests? As Valenzuela notes, “What we’re doing is the will of the people.”

That is clearly the view of the center’s many supporters, who herald its work and welcome its contributions. With this renovation, the UCLA Labor Center will cement its place in those communities, supplying intelligence in the form of students, guidance in the form of research and a voice in circles that might not otherwise be listening. It is UCLA in action in Los Angeles, in service to its communities and in furtherance of their future.