The grades and key findings for each area: 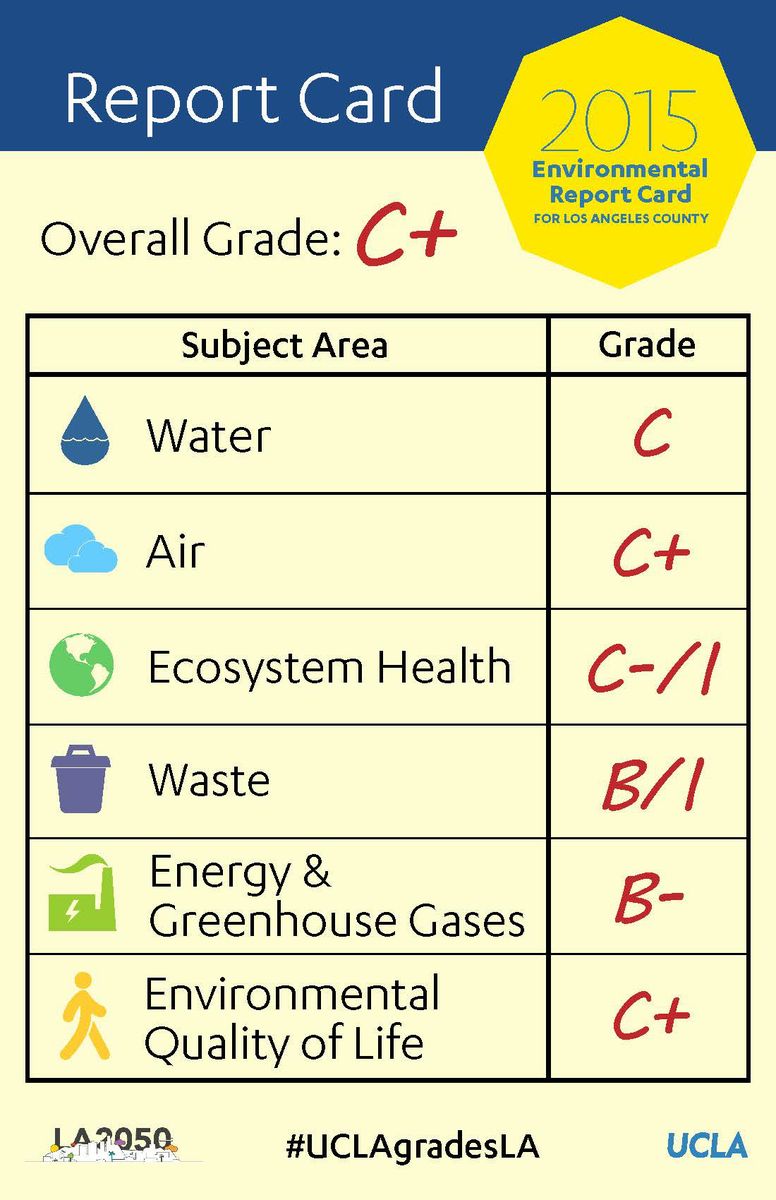 “On the positive side, when you turn on the faucet, the water’s safe to drink, and most of our beaches are safe for swimming during the summer,” Gold said. “But nearly all of our streams and rivers are impaired by at least one pollutant. Our groundwater is extensively contaminated. And our substantial progress on water conservation still isn’t enough in this drought.”

“We no longer have full days when children must stay indoors to play,” Gold said. “But lots of areas in the L.A. region have populations exposed to unacceptably high levels of cancer risk due to the air quality, especially in low-income areas, so we have significant environmental equity issues.”

“There are so few regional targets or countywide monitoring efforts for ecosystem health that it was the most difficult to assess of all six categories,” Federico said. “We need regional planning efforts to address these gaps.”

“Despite the fact that all cities in region comply with state solid waste management laws, we don’t have the data to determine how much waste is recycled or diverted from disposal in landfills,” Gold said.

Energy and greenhouse gases: B-

“By making our buildings more energy-efficient, making greener transportation choices and getting off of coal as an energy source, the region could become a national leader on both energy efficiency and greenhouse gas emission reductions,” Pincetl said.

“Part of what this report confirmed is that if there’s no federal law requiring baselines and improvement, we aren’t determining baselines or setting targets for improvement,” Pincetl said. “The question is, what kind of an environment do we want? We can have an eroded environment, paved over like the Orange County model, where a great deal of the native habitat has been replaced, or we can develop urban infrastructure that allows humans to live alongside the native environment over a long period of time.”