Girls with attention deficit hyperactivity disorder are at higher risk than girls without ADHD for multiple mental disorders that often lead to cascading problems such as abusive relationships, teenage pregnancies, poor grades and drug abuse, UCLA psychologists report in the journal Pediatrics.

The researchers, who conducted by far the most comprehensive analysis of girls and ADHD, report: 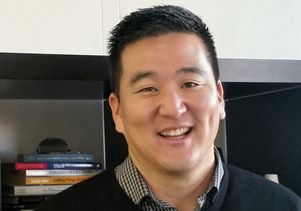 “We knew the girls with ADHD would have more problems than the girls without ADHD, but we were surprised that conduct disorder and oppositional defiant disorder were at the top of the list, not depression or anxiety,” said Steve Lee, a UCLA associate professor of psychology and senior author of the study. “These conduct disorders, more than anxiety and depression, predict severe adult impairments, such as risky sexual behavior, abusive relationships, drug abuse and crime.”

Symptoms of ADHD include being easily distracted, fidgeting, being unable to complete a single task and being easily bored. The disorder occurs in approximately 5 percent to 10 percent of children in the United States, and figures in many other industrialized countries with compulsory education are comparable, Lee said. ADHD can begin in pre-school kids and can persist into high school and into adulthood, especially when it’s accompanied by oppositional conduct disorder.

The psychologists analyzed 18 studies of 1,997 girls, about 40 percent (796) of whom had ADHD. Most of the girls were between ages 8 and 13. Most ADHD studies focused on boys, or compared girls with ADHD to boys with ADHD — not to girls without ADHD.

ADHD is often harder to detect in girls than in boys because girls with the disorder may appear disengaged, forgetful or disorganized, and perceived as “spacey” and stay “under the radar” without being referred for assessment and treatment, said lead author Irene Tung, a UCLA graduate student in psychology and National Science Foundation graduate research fellow.

What should concerned parents do?

If a child’s negative behavior lasts for months and is adversely affecting her or his social relationships and school performance, then it’s worth having your child evaluated by a psychologist or psychiatrist for ADHD and other mental disorders.

Parents of girls with ADHD should carefully monitor signs of disruptive behavior, anxiety and depression, Tung said. “Early management of ADHD and related symptoms will be critical in helping young girls function successfully at school and socially, and feel confident,” she said. 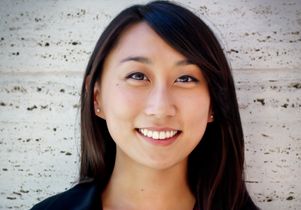 “People tend to think of girls as having higher risk for depression and anxiety disorders, and boys as being more likely to exhibit conduct disorders, but we found that ADHD for girls substantially increases their risk for these conduct disorders,” Tung said. “In many cases, the school can provide support, including an evaluation by a school psychologist.”

The good news, the psychologists said, is that there are effective treatments — some involving pharmaceuticals, and others that involve seeing a therapist, as well as effective parenting strategies to manage the behavior.

“Kids with ADHD need structure and consistency, more than the average child; they need to know the rules and the rules need to be applied consistently,” Lee said.

Lee and Tung recommend that parents provide positive reinforcement for good behavior; this does not have to be monetary.

“For some of these kids, getting negative attention may be their only way of getting attention,” Tung said.

“Catch your child being good, and reward that,” Lee said. Children will sometimes react negatively to rewards in the beginning, and parents at that point will often stop, but should continue, he added. “The child’s behavior will often get worse before it gets better.”

Children with ADHD are two to three times more likely than children without the disorder to develop serious substance abuse problems in adolescence and adulthood, Lee and colleagues reported in 2011.

To receive a diagnosis of ADHD by a child psychologist or psychiatrist, a child must have at least six of nine symptoms of either hyperactivity or inattention, the child's behavior must be causing problems in his or her life, and the symptoms must not be explainable by any medical condition or any other mental disorder.

In addition, the symptoms must have started before age 12, must be present in multiple settings — at home and school, for example — and must be adversely affecting functioning.

Many more children meet the criteria for ADHD than are being treated for it, and many children may benefit from treatment who are not receiving it, Lee said.