Loretta Jones, founder and executive director of Los Angeles- based Healthy African American Families, who has been widely lauded for her commitment to improving health equity in underserved communities, received the UCLA Medal, the university’s highest honor, on Dec. 4.

“By addressing health disparities and promoting health equity — insisting that good health should be a right for all, not just a privilege for the lucky few – she has raised the public profile of health care access as a true social justice issue,” said UCLA Chancellor Gene Block, who presented the award.

Throughout the ceremony, colleagues and admirers shared their memories of working with Jones during her long affiliation with UCLA. While the stories varied, the theme was consistent and included in a citation presented with the medal: “She stands up for those whose voices are seldom heard.”

During a reception after the award presentation, Jones emphasized the community’s shared responsibility to ensure that health care is universally accessible. “Everyone in this room has an obligation to give back,” she said. “Everyone deserves the right to live, everyone deserves good health care and we are all responsible for making it happen.”

Jones pioneered a novel approach for addressing social and health issues in underserved communities by including community members in planning, decision making and implementation. In 2007, the model was published in the Journal of the American Medical Association.

Since then, Jones’ framework has become a template for vulnerable communities locally, and throughout California and the nation. It has been used to address health issues issues ranging from violence to infant mortality, from childhood asthma to diabetes, and from obesity to depression. It has been cited or used by the National Science Foundation, National Institutes of Health, Centers for Disese Control, the Greater Los Angeles VA Healthcare System, the Los Angeles County Department of Mental Health, the Los Angeles Urban League, New York City and the City of Baton Rouge. 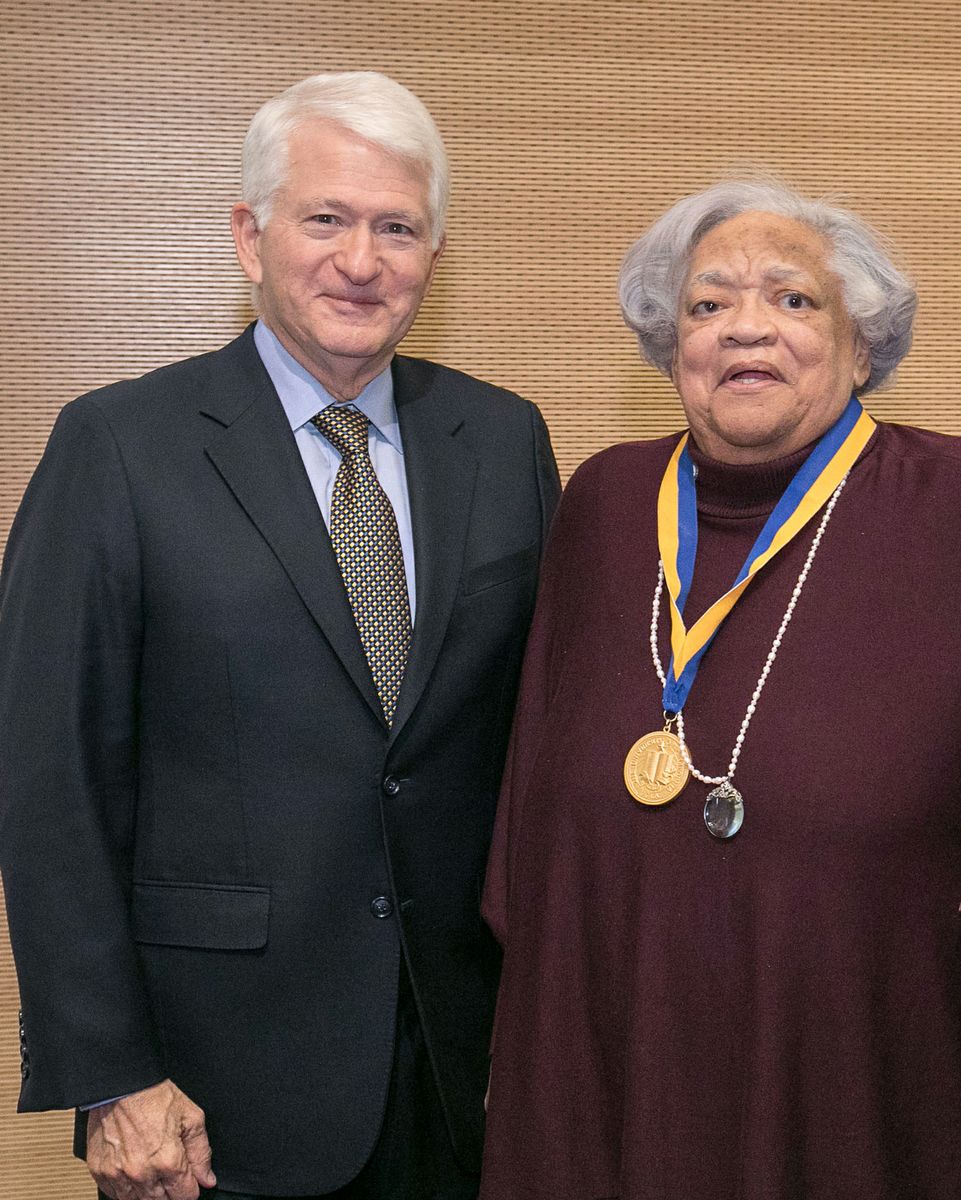 “For me, there is no one more deserving for this award based on her innovations and accomplishments in community-academic research and her tireless efforts in health, social justice, education and research,” Martin said. “The mission of the David Geffen School of Medicine is to improve the health of the community and it is our imperative to understand the uneveness of the playing field, and to even it.”

Jones has a long relationship with both the medical and nursing schools. In 1992, through an agreement with the Centers for Disease Control, UCLA and Charles Drew University, she founded Healthy African American Families to engage universities, think tanks and community members to address disparities in preterm health. She is a co-investigator of the National Institute of Mental Health UCLA/RAND Center for Research on Quality in Managed Care, and of the National Institute on Aging UCLA Center for Health Improvement of Minority Elderly. For more than a decade, she was an associate director of the National Institutes of Health Drew/UCLA Project EXPORT Center, and she was a member of UCLA’s Institutional Review Board for protection of human subjects.

From 1999 to 2009, Jones was on the community advisory board of the School of Nursing’s Center for Vulnerable Populations Research, where she played a key role in elevating colleagues’ understanding of the importance of academic–community partnerships in research. She also participated in strategic planning for the center, reviewed grant applications and supported the center’s community activities.

Sarna said it had been an “honor and a privilege” to collaborate with Jones.

“Through the years, she helped hundreds or even thousands of UCLA faculty and students learn how to respect, work with and truly partner with communities,” she said. “Her unique combination of grace and fierce determination to ensure equity and compassion for each member of the community–academic partnership is an inspiration to us all.”

Jones has also been honored by the NAACP, National Institutes of Health, the CDC and the United Nations.

Established in 1979, the UCLA Medal is the highest honor bestowed upon an individual by UCLA. It is awarded to those who have earned academic and professional acclaim, and whose work demonstrates the highest ideals of UCLA. Among past recipients are author Toni Morrison, President Bill Clinton, architect I.M. Pei, UN secretaries general Kofi Annan and Ban Ki-moon, Supreme Court Justice Harry Blackmun, Pediatric AIDS Foundation founder Elizabeth Glazer and UCLA alumna and astronaut Anna Lee Fisher.