UCLA researchers conducted a study of breast cancer survivors to better understand if lower activity of telomerase (an enzyme that helps maintain the health of cells) along with DNA damage (a factor in cellular aging) were associated with worse cognitive performance, such as attention and motor skills. The study showed that lower telomerase activity and more DNA damage were associated with worse cognitive performance.

Cancer treatments may accelerate biological aging in cells. A previous UCLA study published in npj Breast Cancer in December 2017 linked lower telomerase activity and more DNA damage with exposure to chemotherapy and radiation. Researchers assessed 94 women after they completed three to six years of breast cancer treatment. The researchers found that those who had been exposed to chemotherapy and/or radiation showed elevated levels of DNA damage in their blood cells, and lower telomerase activity, compared to women who had previously undergone surgery alone.

The same 94 women  cited in the December 2017 study, who were between the ages of 36 and 69 and treated for early-stage breast cancer within the previous three to six years, participated in the new study. Investigators took blood samples to determine DNA damage, telomerase activity and evidence of increased inflammation. Cognitive function was assessed using a neuropsychological test and self-reporting among participants. 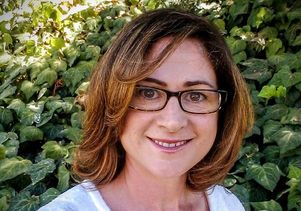 Some people who have had cancer treatments experience cognitive decline. The study’s findings identify the correlation among telomerase activity, DNA damage and cognitive function. The study provides preliminary evidence that may help to inform future research and provide interventions to prevent cognitive decline in people with cancer who receive chemotherapy and/or radiation treatments.

“Together this research provides preliminary evidence that the cancer treatments can leave a lasting imprint on some individuals,” said Judith Carroll, an associate professor of psychiatry and biobehavioral sciences and a member of the UCLA Jonsson Comprehensive Cancer Center. “Our hope is that future research will target these biological aging pathways to prevent the cognitive declines experienced by some cancer survivors.”

This story was published online in Cancer.

The research was supported by the National Cancer Institute/National Institutes of Health, the American Cancer Society, the Breast Cancer Research Foundation and the Cousins Center for Psychoneuroimmunology.