Dr. Gary Mathern, whose expertise in complicated seizure disorders is sought after by peers and families around the globe, has been named by UCLA as the inaugural holder of the Dr. Alfonsina Q. Davies Endowed Chair in Honor of Paul Crandall, M.D., for Epilepsy Research.

Mathern, a professor of pediatric neurosurgery at the David Geffen School of Medicine at UCLA, was selected for his accomplishments in the field of pediatric epilepsy that reflect the early work of his mentor, Dr. Paul Crandall, who founded the epilepsy surgery research program at UCLA in 1960 and developed many of the diagnostic and surgical strategies hospitals around the world use today.

“It is a great honor for me to receive the endowed chair named after my mentor,” said Mathern, who is also the director of the pediatric epilepsy surgery program at Mattel Children’s Hospital UCLA. “The chair will enable me to advance his pioneering work in the understanding and treatment of brain diseases that produce devastating seizures that cannot be controlled by medications. Stopping seizures at an early age is life-changing for the child and family, as exemplified in the case of Nina Davies.”

Tom and Nadia Davies committed $2 million to establish the chair in memory of their late daughter, Alfonsina Davies, who was known as Nina. Nina battled intractable epilepsy for years before Crandall performed an experimental surgery in 1977 that controlled her seizures at age 17. She went on to earn a doctoral degree in education, become a teacher and, later, the assistant superintendent of the Santa Ana School District.

Throughout her career, Nina helped many children with disabilities and language barriers get a second chance at life. She passed away in 2011, after her seizures suddenly returned, but Nina’s legacy of helping children will live on through the endowed chair. 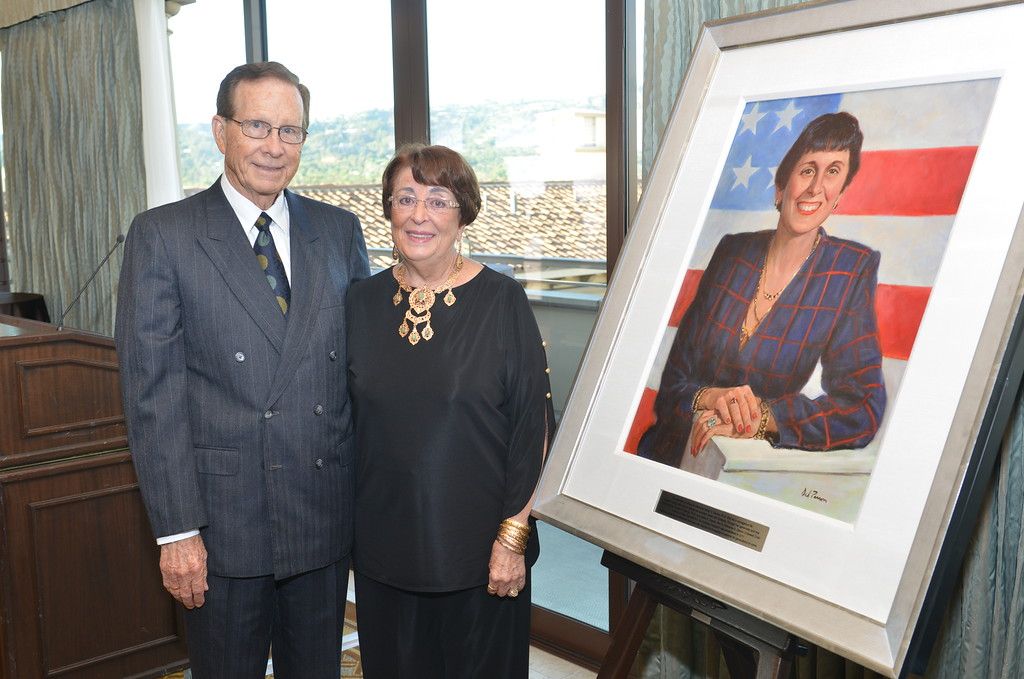 “We are so proud of Dr. Mathern’s appointment to Nina’s chair,” Nadia Davies said. “He has saved and improved the lives of hundreds of infants and children through his expertise in hemispherectomy and studying the brain cells associated with epilepsy. We established the endowed chair to accelerate research so that more patients like Nina can go on to realize their dreams. We see Dr. Crandall’s courage and spirit in Dr. Mathern. We hope the chair will raise awareness about epilepsy and eventually eliminate the stigma that surrounds this disease.”

Mathern’s innovative research has included bio-banking brain tissue to uncover the cause of seizures. Using DNA profiling of the collected brain tissue, his research uncovered a trio of genes called de novo somatic mutations that control cell size and proliferation and are the catalyst of a rare disorder called hemimegalencephaly, which causes one side of the brain to be significantly larger than the other. This discovery is just the tip of the iceberg in understanding autism and other childhood neurological disorders.

A pediatric neurosurgeon for more than 20 years, Mathern also invented the lateral hemispherectomy, a procedure in which surgeons remove the dysfunctional hemisphere of the brain. This technique is now used around the world to help infants and young children with rare seizure disorders.

“Gary is an international leader on the forefront of epilepsy research,” said Dr. Neil Martin, chairman of the UCLA Department of Neurosurgery. “His translational investigations in understanding epilepsy on the young brain at the cellular and genetic levels have built on the early contributions of Paul Crandall, the father of UCLA’s preeminent epilepsy program.”

Mathern is involved with several nonprofit research organizations dedicated to raising awareness and support for rare neurological disorders. His TEDx talk, “What Can You Do with Half a Brain?” sheds light on hemispherectomy patients who became seizure-free and went on to walk, play, ride bikes, drive and graduate from high school.

“My ultimate goal in assuming this chair is to put myself out of business,” Mathern said. “We must find new ways to stop the seizures without removing large parts of the brain. My dream is to never have to operate on another child again.”

The Davies’ gift is part of the Centennial Campaign for UCLA, a $4.2 billion fundraising drive scheduled to conclude in 2019, the university’s 100th anniversary.