Scientists have previously established that many types of cancer cells are squishier and more pliable than normal, healthy cells. Now, researchers led by UCLA’s Amy Rowat have developed a screening method that utilizes this information to classify many more different types of cancer cells and that could ultimately lead to better treatments for cancer, diabetes, malaria and other diseases.

Cancer cells are generally two to five times squishier than normal cells, with a pliability similar to that of a wobbly Jell-O, said Rowat, senior author of the research and an assistant professor of integrative biology and physiology.

“We want to screen cells based on their squishiness or stiffness,” said Rowat, who is also a member of UCLA’s Jonsson Comprehensive Cancer Center. “We created a technology to probe the deformability of hundreds of cell samples at the same time, so we can identify compounds that make the cells stiffer. Our hope is that we can identify new compounds that can help to prevent the spread of cancer.”

Rowat calls the approach the parallel microfiltration method, or PMF. Researchers place a mixture of cells and liquid on a porous membrane, and apply air pressure to force the mixture down through tiny pores that have a smaller circumference than the cells. Stiffer cells block the pores so that not much liquid can filter through; for squishier cells, more of the cell-and-liquid mixture passes through. Researchers can use parallel microfiltration to test many different small molecules at once by measuring the filtration of fluid into individual compartments. 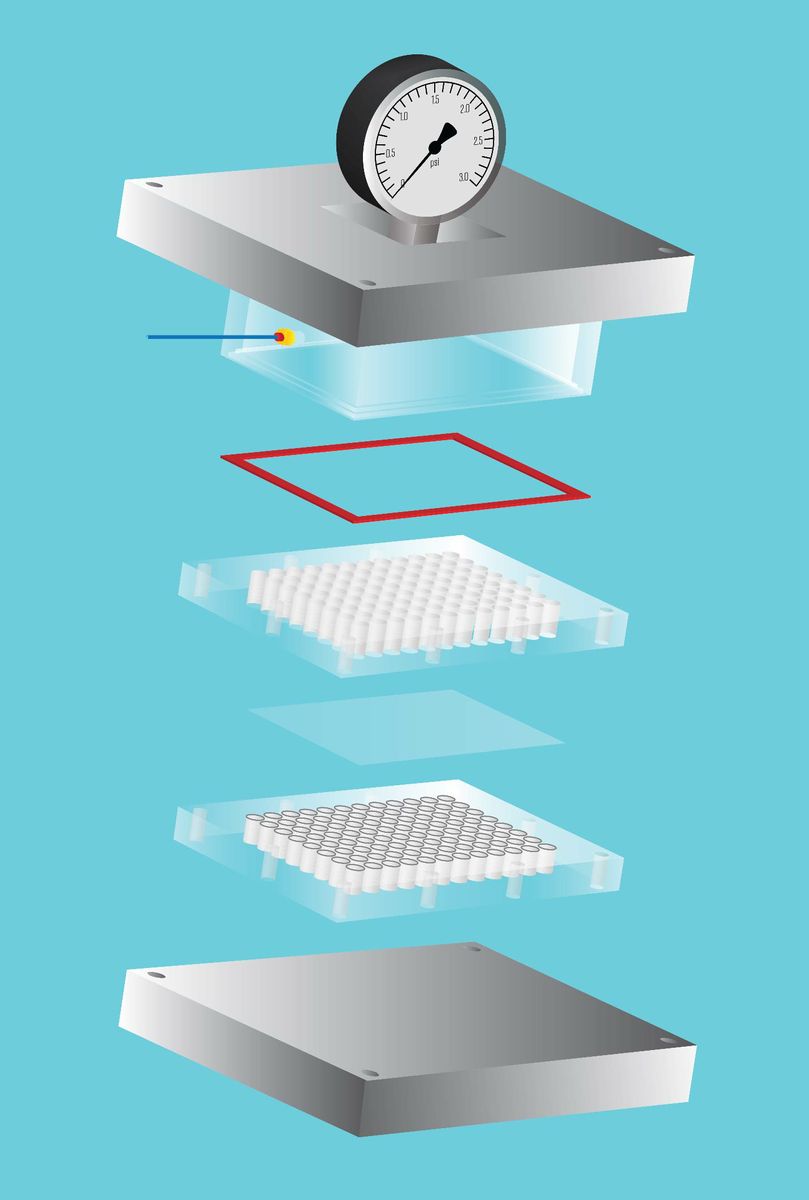 A study detailing the method is published today in the journal Scientific Reports.

“It’s easy to imagine softer cells can spread more easily through the body to invade distant tissues, but this is still a hypothesis,” she said.

Some chemotherapy drugs make cancer cells stiffer because they help to stop cells from dividing, Rowat added. But it isn’t clear whether this stiffening of the cells is a key mechanism for preventing the spread of cancer or simply a byproduct of the cells being blocked from dividing.

Parallel microfiltration may also have broader applications, including the ability to screen molecules that can alter particular genes and protein levels inside a cell, which could be useful in treating a variety of other diseases, Rowat said.