An international team of scientists has discovered the greatest absence of evolution ever reported — a type of deep-sea microorganism that appears not to have evolved over more than 2 billion years. But the researchers say that the organisms’ lack of evolution actually supports Charles Darwin’s theory of evolution.

The findings are published online today by the Proceedings of the National Academy of Sciences.

The scientists examined sulfur bacteria, microorganisms that are too small to see with the unaided eye, that are 1.8 billion years old and were preserved in rocks from Western Australia’s coastal waters. Using cutting-edge technology, they found that the bacteria look the same as bacteria of the same region from 2.3 billion years ago — and that both sets of ancient bacteria are indistinguishable from modern sulfur bacteria found in mud off of the coast of Chile.

“It seems astounding that life has not evolved for more than 2 billion years — nearly half the history of the Earth,” said J. William Schopf, a UCLA professor of earth, planetary and space sciences in the UCLA College who was the study’s lead author. “Given that evolution is a fact, this lack of evolution needs to be explained.”

Charles Darwin’s writings on evolution focused much more on species that had changed over time than on those that hadn’t. So how do scientists explain a species living for so long without evolving? 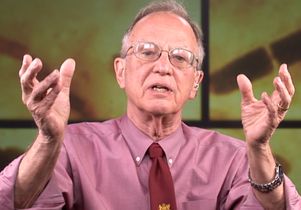 “The rule of biology is not to evolve unless the physical or biological environment changes, which is consistent with Darwin,” said Schopf, who also is director of UCLA’s Center for the Study of Evolution and the Origin of Life. The environment in which these microorganisms live has remained essentially unchanged for 3 billion years, he said.

“These microorganisms are well-adapted to their simple, very stable physical and biological environment,” he said. “If they were in an environment that did not change but they nevertheless evolved, that would have shown that our understanding of Darwinian evolution was seriously flawed.”

Schopf said the findings therefore provide further scientific proof for Darwin’s work. “It fits perfectly with his ideas,” he said.

The fossils Schopf analyzed date back to a substantial rise in Earth’s oxygen levels known as the Great Oxidation Event, which scientists believe occurred between 2.2 billion and 2.4 billion years ago. The event also produced a dramatic increase in sulfate and nitrate — the only nutrients the microorganisms would have needed to survive in their seawater mud environment — which the scientists say enabled the bacteria to thrive and multiply.

Schopf used several techniques to analyze the fossils, including Raman spectroscopy — which enables scientists to look inside rocks to determine their composition and chemistry — and confocal laser scanning microscopy — which renders fossils in 3-D. He pioneered the use of both techniques for analyzing microscopic fossils preserved inside ancient rocks.

Co-authors of the PNAS research were Anatoliy Kudryavtsev, a senior scientist at UCLA’s Center for the Study of Evolution and the Origin of Life, and scientists from the University of Wisconsin, NASA’s Jet Propulsion Laboratory, Australia’s University of New South Wales and Chile’s Universidad de Concepción.

Schopf’s research is funded by the NASA Astrobiology Institute. 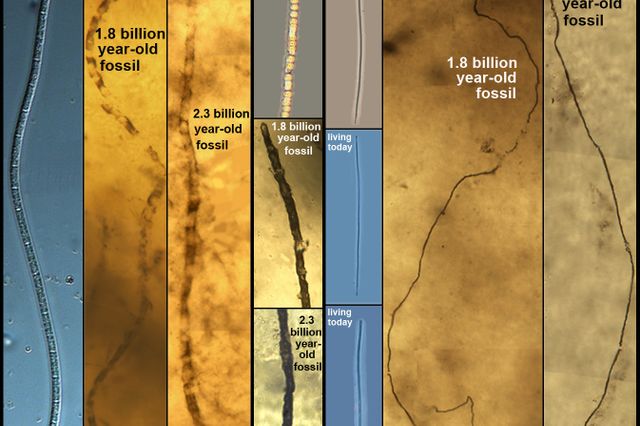 UCLA Center for the Study of Evolution and the Origin of Life
Deep-sea microorganisms are unchanged over more than 2 billion years.
Tags: biological sciences | evolution | research
Share