Research by UCLA biologists published today presents strong evidence that the scientific reason advanced by the U.S. Fish and Wildlife Service to remove the gray wolf from protection under the Endangered Species Act is incorrect.

A key justification for protection of the gray wolf under the act was that its geographic range included the Great Lakes region and 29 Eastern states, as well as much of North America. The Fish and Wildlife Service published a document in 2014 which asserted that a newly recognized species called the eastern wolf occupied the Great Lakes region and eastern states, not the gray wolf. Therefore, the original listing under the act was invalid, and the service recommended that the species (except for the Mexican gray wolf, which is the most endangered gray wolf in North America) should be removed from protection under the act.

A decision by the U.S. Fish and Wildlife Service to remove the gray wolf from protection under the Endangered Species Act may be made as early as this fall.

In the new study published in the journal Science Advances, biologists analyzed the complete genomes of North American wolves — including the gray wolf, eastern wolf and red wolf — and coyotes. The researchers found that both the red wolf and eastern wolf are not distinct species, but instead are mixes of gray wolf and coyote. 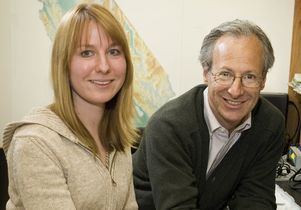 “The recently defined eastern wolf is just a gray wolf and coyote mix, with about 75 percent of its genome assigned to the gray wolf,” said senior author Robert Wayne, a UCLA professor of ecology and evolutionary biology. “We found no evidence for an eastern wolf that has a separate evolutionary legacy. The gray wolf should keep its endangered species status and be preserved because the reason for removing it is incorrect. The gray wolf did live in the Great Lakes area and in the 29 eastern states.”

Once common throughout North America and among the world’s most widespread mammals, the gray wolf is now extinct in much of the United States, Mexico and Western Europe, and lives mostly in wilderness and remote areas. Gray wolves still live in the Great lakes area, but not in the eastern states.

Apparently, the two species first mixed hundreds of years ago in the American South, resulting in a population that has become more coyote-like as gray wolves were slaughtered, Wayne said. The same process occurred more recently in the Great Lakes area, as wolves became rare and coyotes entered the region in the 1920s.

There has been a substantial controversy over whether red wolves and eastern wolves are genetically distinct species. In their study, the researchers did not find a unique ancestry in either that could not be explained by inter-breeding between gray wolves and coyotes.

“If you did this same experiment with humans — human genomes from Eurasia — you would find that one to four percent of the human genome has what looks like strange genomic elements from another species: Neanderthals,” Wayne said. “In red wolves and eastern wolves, we thought it might be at least 10 to 20 percent of the genome that could not be explained by ancestry from gray wolves and coyotes. However, we found just three to four percent, on average — similar to that found in individuals from the same species when compared to our small reference set.” 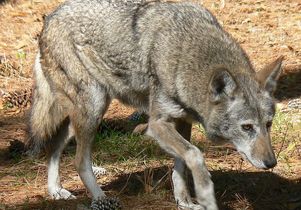 Biologists mistakenly classified the offspring of gray wolves and coyotes as red wolves or eastern wolves, but the new genomic data suggest they are hybrids. “These gray wolf-coyote hybrids look distinct and were mistaken as a distinct species,” Wayne said.

Eventually, after the extinction of gray wolves in the American south, the red wolves could mate only with one another and coyotes, and became increasingly coyote-like.

Although the red wolf, listed as an endangered species in 1973, is not a distinct species, Wayne believes it is worth conserving; it is the only repository of the gray wolf genes that existed in the American South, he said.

Wayne said the Endangered Species Act has been extremely effective. He adds, however, that when it was formulated in the 1970s, biologists thought species tended not to inter-breed with other species, and that if there were hybrids, they were not as fit. The scientific view has changed substantially since then. Inter-breeding in the wild is common and may even be beneficial, he said. The researchers believe the Endangered Species Act should be applied with more flexibility to allow protection of hybrids in some cases (it currently does not), and scientists have made several suggestions about how this might be done without a change in the law, Wayne said.

The research was funded by the National Science Foundation, the Turner Endangered Species Fund, the Wilburforce Foundation, and the Morris Animal Foundation.