One in 15 adults has moderate to severe obstructive sleep apnea, a disorder in which a person’s breathing is frequently interrupted during sleep — as many as 30 times per hour.

People with sleep apnea also often report problems with thinking such as poor concentration, difficulty with memory and decision-making, depression, and stress.

According to new research from the UCLA School of Nursing,  published online in the Journal of Sleep Research,  people with sleep apnea show significant changes in the levels of two important brain chemicals, which could be a reason that many have symptoms that impact their day-to-day lives.

UCLA researchers looked at levels of these neurotransmitters — glutamate and gamma-aminobutyric acid, known as GABA — in a brain region called the insula, which integrates signals from higher brain regions to regulate emotion, thinking and physical functions such as blood pressure and perspiration. They found that people with sleep apnea had decreased levels of GABA and unusually high levels of glutamate.

GABA is a chemical messenger that acts as an inhibitor in the brain, which can slow things down and help to keep people calm — like a brake pedal. GABA affects mood and helps make endorphins. 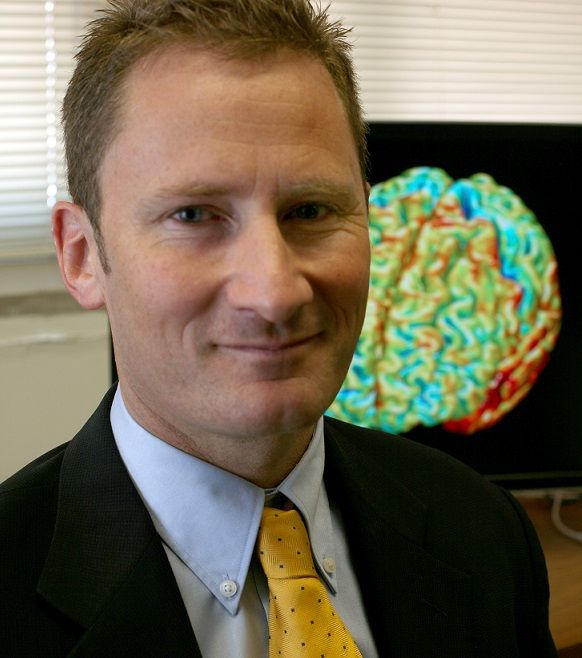 Glutamate, by contrast, is like an accelerator; when glutamate levels are high, the brain is working in a state of stress, and consequently doesn’t function as effectively. High levels of glutamate can also be toxic to nerves and neurons.

“In previous studies, we’ve seen structural changes in the brain due to sleep apnea, but in this study we actually found substantial differences in these two chemicals that influence how the brain is working,” said Paul Macey, the lead researcher on the study and an associate professor at the UCLA School of Nursing.

Macey said the researchers were taken aback by the differences in the GABA and glutamate levels.

“It is rare to have this size of difference in biological measures,” Macey said. “We expected an increase in the glutamate, because it is a chemical that causes damage in high doses and we have already seen brain damage from sleep apnea. What we were surprised to see was the drop in GABA. That made us realize that there must be a reorganization of how the brain is working.”

Macey says the study’s results are, in a way, encouraging. “In contrast with damage, if something is working differently, we can potentially fix it.”

The link between sleep apnea and changes in the state of the brain is important news for clinicians, Macey said.

“What comes with sleep apnea are these changes in the brain, so in addition to prescribing continuous positive airway pressure, or CPAP — a machine used to help an individual sleep easier, which is the gold standard treatment for sleep disturbance — physicians now know to pay attention to helping their patients who have these other symptoms,” Macey said. “Stress, concentration, memory loss — these are the things people want fixed.”

In future studies, the researchers hope to determine whether treating the sleep apnea — using CPAP or other methods — returns patients’ brain chemicals back to normal levels. If not, they will turn to the question of what treatments could be more effective. They are also studying the impacts of mindfulness exercises to see if they can reduce glutamate levels by calming the brain.

The study was conducted at the UCLA Sleep Disorder Center. The other researchers on the study were Manoj Sarma, Rajakumar Nagarajan, Ravi Aysola, Jerome Siegel, Ronald Harper and M. Albert Thomas, all of UCLA.

The research was funded by a grant from the National Institute of Nursing Research.