UCLA has received a $1 million donation from Revlon that will support the Revlon/UCLA Women’s Cancer Research Program and further the company’s long-standing commitment to eradicating women’s cancers.

“We have made tremendous advancements in the field of breast cancer treatments over the past two decades, but our work is far from over,” Slamon said. “We are currently working on potential new therapies and treatments for triple-negative breast cancer and ovarian cancer, and this generous donation will help us to continue this groundbreaking research that has the potential to save the lives of more women battling these deadly diseases.”

Slamon’s relationship with Revlon began in 1990, when through a series of grants, the company and Perelman helped expedite the research needed to bring Herceptin to market. Eight years later, the FDA granted approval of Herceptin to treat breast cancer that had spread to other parts of the body, turning a death sentence into a second chance at life. Before the drug was developed, breast cancer patients with high levels of the human epidural growth factor receptor 2-positive (HER2+) faced a bleak prognosis. Their aggressive tumors were less likely to respond to standard therapies.

Today, women with this type of cancer have among the highest survival rates, and Herceptin is standard treatment for HER2+ tumors. When offered in combination with other therapies, including chemotherapy or surgery, Herceptin dramatically reduces the rates of breast cancer recurrence without causing hair loss and nausea, and the other adverse side effects that often accompany conventional chemotherapies.

“Over 20 years ago, we made the decision to fund research that promised to change the face of breast cancer treatment forever,” Perelman said. “Some said it was a risk. But as we know today, Herceptin has become one of the most important drugs in treating certain types of breast cancer and has turned one of the deadliest forms of the disease into one of the most treatable. Revlon is committed to continuing the fight against all cancers and doing so alongside Dr. Slamon.” 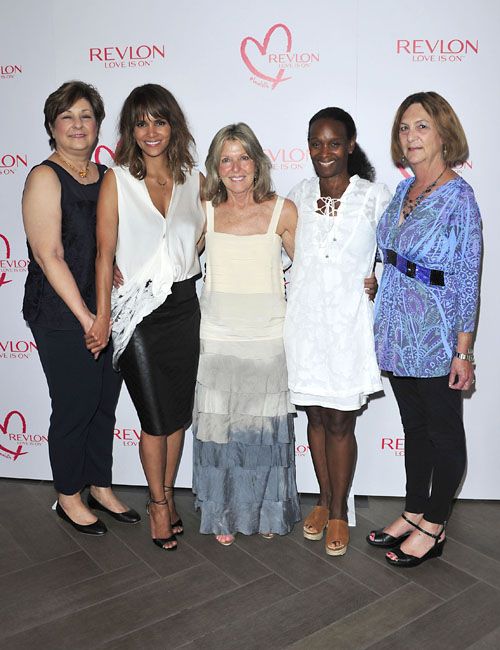 Delpani said, “It is our goal that this donation will help to enable Dr. Slamon and his team to continue their research into major cancer breakthroughs that will lead to lives being saved, ultimately finding a cure.”

Slamon also recently led the recent decade-long development of Ibrance, a groundbreaking new drug to treat estrogen–receptor positive (ER+) and HER2–negative (HER2-) breast cancer, the most common form of the disease. Approved by the U.S. Food and Drug Administration in January 2015, Ibrance signals a new strategy for arresting tumor growth and extending the time before cancer worsens in women with metastatic disease.

“The goal of our new philanthropy effort is to ensure funding that will truly make a difference,” Delpani said. “We are confident that this new path will continue to have a big impact on women’s health initiatives.”

The gift is part of the Centennial Campaign for UCLA, a $4.2 billon fundraising drive scheduled to conclude in 2019, the university’s 100th anniversary.