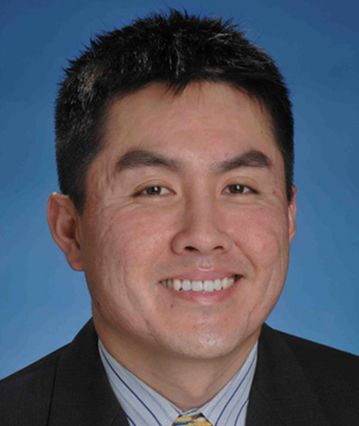 Within the past few years, new treatments have begun to turn the tide against metastatic melanoma, improving and even saving the lives of countless people with this deadly disease.

One of the new treatments, mutation-targeted therapy, disrupts the effects of a genetic mutation that occurs in half of all people with metastatic melanoma. Although the therapy has been promising, one of its ongoing challenges is that, for many patients, the cancer may become resistant to the treatment after several months or years. When that happens, the cancer recurs, often in a more aggressive form than the original melanoma.

A new three-year study led by Dr. Roger Lo, a member of the UCLA Jonsson Comprehensive Cancer Center, could mark a milestone in the quest to track how cancer changes in response to a powerful drug. The findings, Lo said, could lead to methods that would enable early detection of drug-resistant tumor cells and to new therapies designed to suppress resistance as soon as therapy begins.

Lo and his team investigated how metastatic melanoma evolves to become more malignant and resistant to treatment. The cancer mutation being targeted by the therapy occurs in a gene called BRAF. Mutations in the BRAF gene turn on a major cancer growth switch called MAP kinase pathway.

Collaborating with physicians from Vanderbilt–Ingram Cancer Center, Lo studied drug resistance by analyzing samples of patients’ melanoma tumors both before they underwent therapy and when the disease recurred. The scientists also replicated the process outside of the human body — modeling drug resistance by growing melanoma cell lines from patients’ tumors and adapting them to drugs that block the MAP kinase pathway.

The researchers realized early during their work that they could not fully explain the way tumors change behavior after patients begin therapy by analyzing gene mutations alone. So they used two techniques: genomics (which allows numerous gene mutations to be detected in parallel) and epigenomics (which detects all of the changes in the genes’ activities inside the tumors).

Scientists now know that immune cells directly inside the tumors play key roles in controlling the growth of the cancer cells, thanks to the development of life-saving immunotherapies within the past few years.

“Only cancer cells, not immune cells inside the tumors, accumulate gene mutations,” said Lo, who is also an associate professor of dermatology. “Mutational profiling alone cannot tell us about the state of the intratumoral immune cells and their changing states when melanoma becomes resistant to therapy.”

The researchers gained insights about the immune cells that entered the patients’ tumors by tracking the levels of gene activities.

Lo and his team were surprised to find that epigenomic alterations accounted for a wide range of the tumor cells’ altered behavior and that they originated from a type of gene activity regulatory mechanism called CpG methylation. They also found that patterned changes in epigenetic modification (switching genes on or off) of melanoma DNA were highly prevalent and potentially more common than gene mutations. They concluded that genomic and epigenomic evolution of melanoma explains the development of treatment resistance.

The researchers also discovered that drug resistance could grow at the same time that anti-tumor immune cells diminish and weaken, which means that in some patients, the melanoma might slowly develop resistance to both MAP kinase-targeted therapy and salvage immunotherapies, which capitalize on the abundance of immune cells inside the tumor to unleash their anti-tumor activities.

In previous studies, Lo and Dr. Antoni Ribas, also a member of the Jonsson Cancer Center and a co-author of the paper, used genomic studies to reveal genetic mutations causing resistance to MAP kinase-targeted therapies.

More than 70,000 new cases of melanoma will be diagnosed this year in the U.S., and, more than 9,000 people will die of the disease. Lo said he hopes the findings will prompt drug development and clinical studies based on epigenetic or gene expression and immune targets in combination with mutation-targeted therapies. The study will be published online by the journal Cell on Sept. 10.

Funding for the study was provided by the National Cancer Institute, the Melanoma Research Alliance, the SWOG/Hope Foundation, the Cancer Research Institute and Stand Up to Cancer.