Scientists at the UCLA Eli and Edythe Broad Center of Regenerative Medicine and Stem Cell Research and Center for Duchenne Muscular Dystrophy at UCLA have developed a new approach that could eventually be used to treat Duchenne muscular dystrophy. The stem cell gene therapy could be applicable for 60 percent of people with Duchenne, which affects approximately 1 in 5,000 boys in the U.S. and is the most common fatal childhood genetic disease.

The approach uses a technology called CRISPR/Cas9 to correct genetic mutations that cause the disease. The study, which was led by co-senior authors April Pyle and Melissa Spencer and first author Courtney Young, was published in the journal Cell Stem Cell.

The researchers designed the approach to be useful in a clinical setting in the future.

“This method is likely 10 years away from being tested in people,” said Spencer, professor of neurology in the UCLA David Geffen School of Medicine, co-director of the Center for Duchenne Muscular Dystrophy at UCLA and member of the Broad Stem Cell Research Center “It is important that we take all the necessary steps to maximize safety while quickly bringing a therapeutic treatment to patients in clinical trials.”

Duchenne typically occurs through one mutation in a gene called dystrophin, which makes a protein with the same name. In people without the disease, the dystrophin protein helps strengthen and connect muscle fibers and cells. There are hundreds of mutations in the dystrophin gene that can lead to the disease, but in 60 percent of people with Duchenne, their mutation will occur within a specific hot spot of the gene.

Duchenne mutations cause abnormally low production of the dystrophin protein, which in turn causes muscles to degenerate and become progressively weaker. Symptoms usually begin in early childhood; patients gradually lose mobility and typically die from heart or respiratory failure around age 20. Some current medications can treat the disease’s symptoms but none can stop the progression of the disease or significantly improve patients’ quality of life — and there is currently no way to reverse or cure the disease.

Focusing on the hot spot

The platform developed by the UCLA researchers focuses on the hot spot of the dystrophin gene.

To test the platform, they obtained skin cells from consenting patients at the Center for Duchenne Muscular Dystrophy, all of whom had mutations that fell within the dystrophin gene hot spot. The researchers reprogrammed the cells to create induced pluripotent stem cells in an FDA-compliant facility at the Broad Stem Cell Research Center; the use of this facility is an important step in the process as preclinical research moves toward human clinical trials. Induced pluripotent stem cells, or iPS cells, have the ability to become any type of human cell while also maintaining the genetic code from the person they originated from.

Next, the scientists removed the Duchenne mutations in the iPS cells using a gene editing platform they developed that uses the CRISPR/Cas9 technology. (CRISPR stands for “clustered regularly interspaced short palindromic repeats.”) The platform targets and removes specific regions of the hot spot of the dystrophin gene, which harbors 60 percent of Duchenne mutations, which restores the missing protein.

CRISPR/Cas9 is a naturally occurring reaction that bacteria use to fight viruses. In 2012, scientists discovered they could adapt the process to make cuts in specific human DNA sequences. One part of the CRISPR/Cas9 system acts like a navigation system and can be programmed to seek out a specific part of the genetic code — a mutation, for example. The second part of the system can cut mutations out of the genetic code, and in some cases can replace the mutation with a normal genetic sequence. 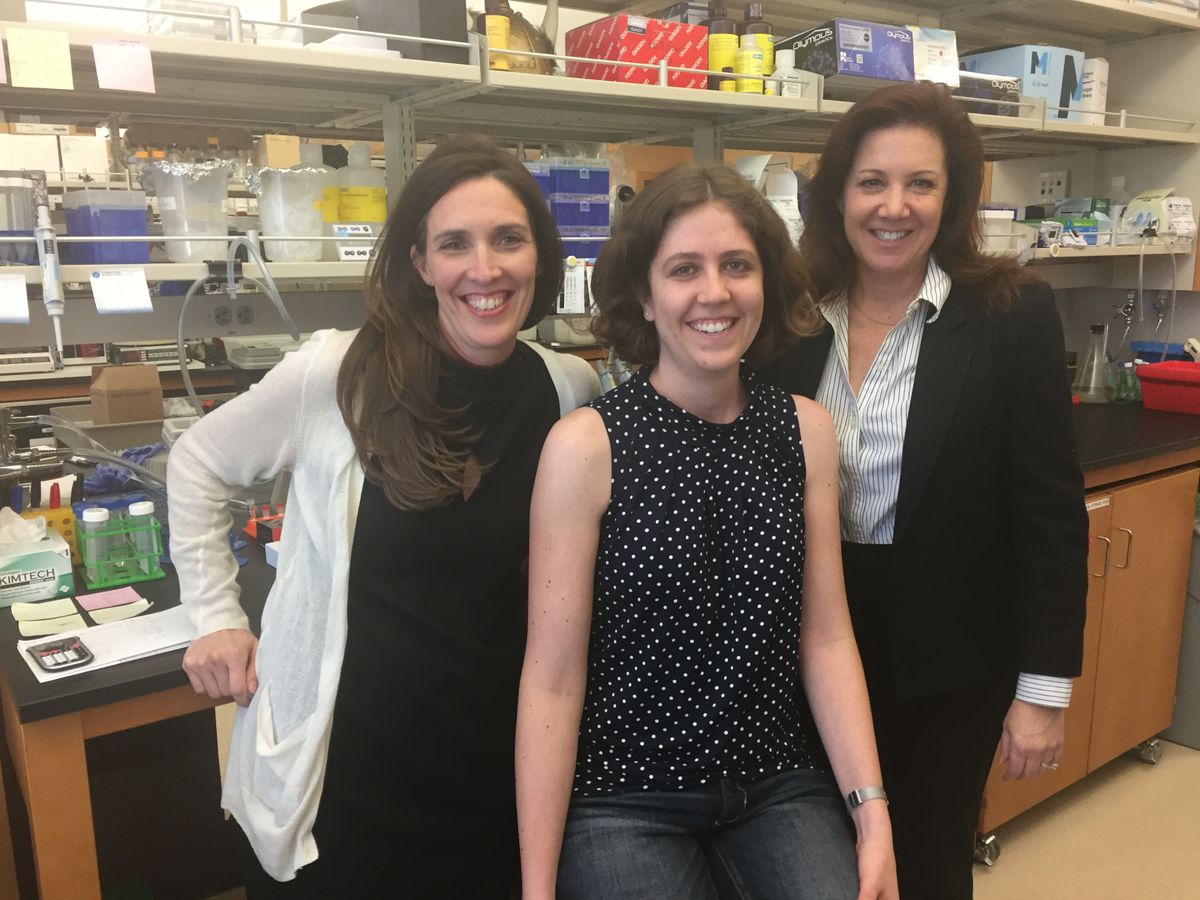 They found that the transplanted muscle cells successfully produced the human dystrophin protein.

The result was the largest deletion ever observed in the dystrophin gene using CRISPR/Cas9, and the study was the first to create corrected human iPS cells that could directly restore functional muscle tissue affected by Duchenne. (Previously, scientists had used CRISPR/Cas9 to repair mutations that affect smaller numbers of people with Duchenne, and in cell types that weren’t necessarily clinically relevant.)

“This work demonstrates the feasibility of using a single gene editing platform, plus the regenerative power of stem cells to correct genetic mutations and restore dystrophin production for 60 percent of Duchenne patients,” said Pyle, associate professor of microbiology, immunology and molecular genetics and member of the Broad Stem Cell Research Center.

Young, a UCLA predoctoral fellow and president of a UCLA student group called Bruin Allies for Duchenne, is particularly passionate about Duchenne research because she has a cousin with the disease.

“I already knew I was interested in science, so after my cousin’s diagnosis, I decided to dedicate my career to finding a cure for Duchenne,” Young said. “It makes everything a lot more meaningful, knowing that I’m doing something to help all the boys who will come after my cousin. I feel like I’m contributing and I’m excited because the field of Duchenne research is advancing in a really positive direction.”

The UCLA researchers plan to develop strategies to test the Duchenne-specific CRISPR/Cas9 platform to treat the disease in animals as the next step toward perfecting a method that can be used in humans.

The CRISPR/Cas9 platform for Duchenne developed by the UCLA scientists is not yet available in clinical trials and has not been approved by the FDA for use in humans.