The groundbreaking treatment was developed by Dr. Donald Kohn, a renowned stem cell researcher and member of the UCLA Eli and Edythe Broad Center of Regenerative Medicine and Stem Cell Research.

Kohn’s breakthrough was developed over three decades of research aimed at creating a gene therapy that safely restores the immune systems of children with ADA-deficient SCID using the patients’ own cells with no side effects.

To date, 18 children with SCID have been cured of the disease after receiving the therapy in clinical trials at UCLA and the National Institutes of Health.

“All of the children with SCID that I have treated in these stem cell clinical trials would have died in a year or less without this gene therapy,” said Kohn, a professor of pediatrics and of microbiology, immunology and molecular genetics in the UCLA College. “Instead they are all thriving with fully functioning immune systems.”

Children born with SCID are kept in controlled, isolated environments because without an immune system, ordinary illness and infection could be lethal.

“Other current options for treating ADA-deficient SCID are not always optimal or feasible for many children,” Kohn said. “We can now, for the first time, offer these children and their families a cure, and the chance to live a full, healthy life.”

Children born with SCID, an inherited immunodeficiency, are generally diagnosed when they are about six months old. The disease causes their cells to not create ADA, an enzyme that is critical for producing the healthy white blood cells needed for a normal, fully functioning immune system. About 15 percent of all SCID patients are ADA-deficient.

Currently, there are only two treatment options for children with the disease. They can be injected twice a week with ADA — a lifelong process that is very expensive and often doesn’t return the immune system to optimal levels. Or they can undergo bone marrow transplants from siblings, but bone marrow matches are very rare and can result in the patient’s body rejecting the transplanted cells, which then turn against the child.

Since 2009 and over the course of two multiyear clinical trials, Kohn and his team tested two therapy regimens on 18 children with ADA-deficient SCID. The children’s blood stem cells were removed from their bone marrow and genetically modified to correct the defect.

All 18 patients were cured.

Kohn and his colleagues tested, modified and perfected viral delivery as the best method to put the healthy ADA genes back into the bone marrow cells of the patients. With the newly transplanted cells now able to produce the needed enzyme, the research team harnessed the powerful self-renewal potential of stem cells to repopulate the blood stream and the children developed their own new, fully functioning immune systems.

“We were very happy that over the course of several clinical trials and after making refinements and improvements to the treatment protocol, we are now able to provide a cure for babies with this devastating disease using the child’s own cells,” Kohn said.

The researchers’ next step is to seek FDA approval for the gene therapy, with the hope that all children with ADA-deficient SCID will be able to benefit from the treatment. Their cutting-edge research also lays the groundwork for the gene therapy to be tested for treatment of sickle cell disease; clinical trials are set to begin in 2015.

”We’ve been working for the last five years to take the success we’ve had with this stem cell gene therapy for SCID to sickle cell,” Kohn said. “We now have the potential to take the gene that blocks sickling and get it into enough of a patient’s stem cells to block the disease.”

Only weeks after giving birth to fraternal twins in 2012, Alysia Padilla-Vaccaro quickly felt something was wrong with one of her daughters, Evangelina, now 2 years old. 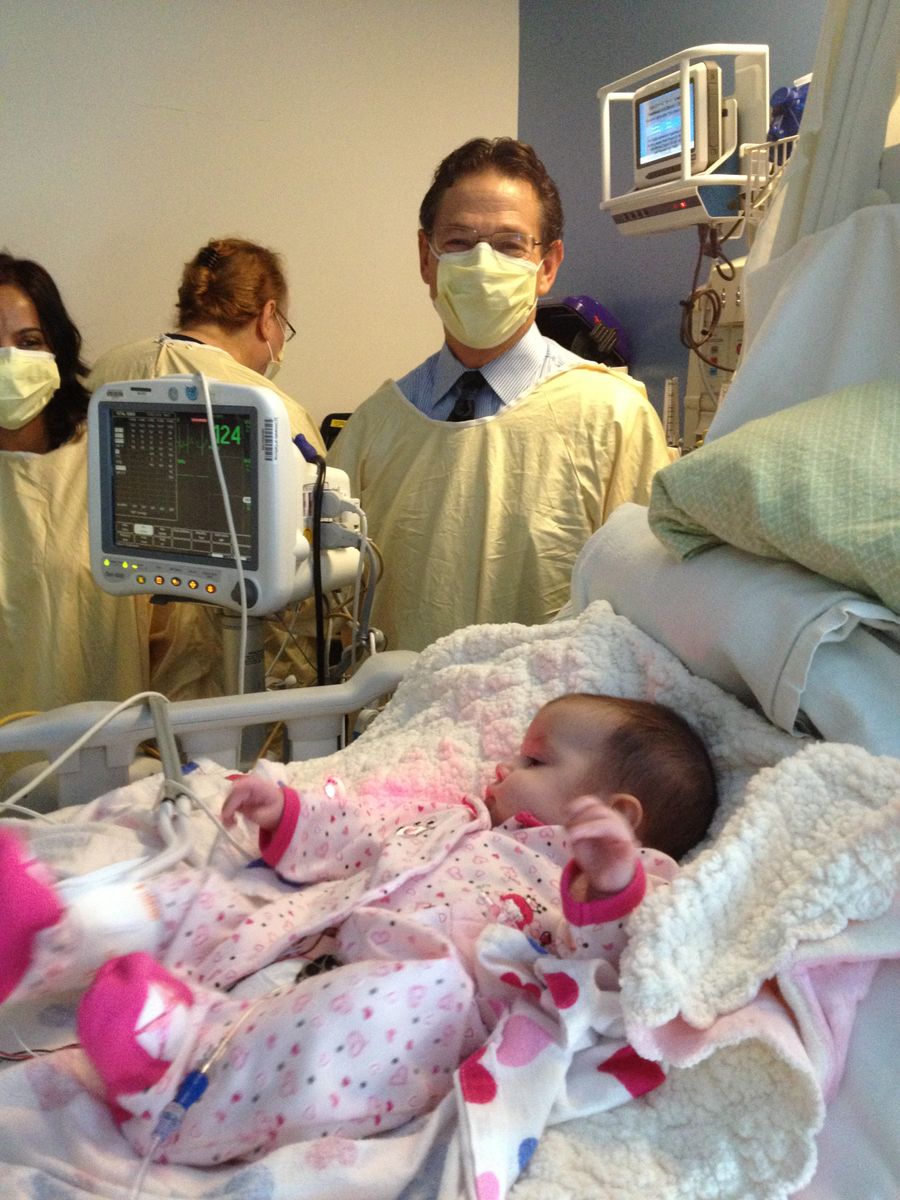 “I was told that it was the stress, or the fear of being a new mom, but I just knew something wasn’t right,” said Padilla-Vaccaro, a resident of Corona, California. “Then I was informed that Evangelina had absolutely no immune system, that anything that could make her sick, would kill her. It was literally the worst time of my life.”

Alysia and her husband, Christian, brought Evangelina to UCLA. Soon after she underwent Kohn’s stem cell gene therapy, Evangelina’s new immune system developed without side effects. Her T cell count began to rise and her ability to fight off illness and infection grew stronger. Then Kohn told Alysia and Christian the good news: For the first time, they could hug and kiss their daughter and take Evangelina outside to meet the world.

“To finally kiss your child on the lips, to hold her, it’s impossible to describe what a gift that is,” Padilla-Vaccaro said. “I gave birth to my daughter, but Dr. Kohn gave my baby life.”

Additional funding was provided by UCLA, including the Eli and Edythe Broad Center of Regenerative Medicine and Stem Cell Research, the Jonsson Comprehensive Cancer Center, the Children’s Discovery and Innovation Institute, the department of microbiology, immunology and molecular genetics, and the department of pediatrics at the David Geffen School of Medicine.

Editor’s note: On June 25, 2018, language in the first paragraph was changed to indicate that the condition can be fatal within the first two years of life, not the first year.