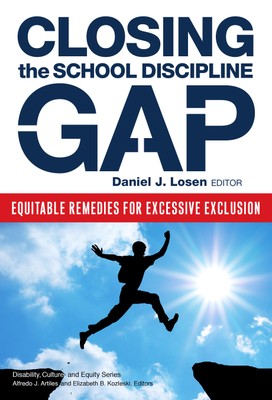 The reliance on student suspensions to maintain discipline in public schools varies dramatically across the 50 states, according to a new statistical analysis by UCLA researchers. Their report identified the individual districts with the highest suspension rates, while finding American children are losing almost 18 million days of instruction due to suspensions.

The report by the Center for Civil Rights Remedies at the UCLA Civil Rights Project — housed at the UCLA Graduate School of Education and Information Studies — is the first to break out federal data by elementary and secondary schools. It combines all out-of-school suspensions to calculate comparative suspension rates for every district in the nation.

“The question we’re asking here is, ‘Are we closing the school discipline gap?’” said Daniel Losen, the director of the Center for Civil Rights Remedies. “For the first time, we can answer that question in a really meaningful way. And the answer is, ‘A lot of school districts are closing the gap in a profound way, but not enough to swing the national numbers.’”

According to the report titled “Are We Closing the School Discipline Gap?,” huge racial disparities exist in a relatively small number of school districts across the country. For example, schools in the area in and around St. Louis, Missouri, which erupted in riots following the fatal shooting of an unarmed black teenager by a white policeman last year, suspend black students more frequently than white students, researchers said.

The state of Missouri now ranks first in the nation for having the largest gap in the way its elementary schools suspend black students compared to white students and fourth in the nation at the secondary level. Statewide, elementary schools in Missouri suspended 14.4 percent of their black students at least once in 2011-12 compared to 1.8 percent of white students. At the secondary level, Wisconsin ranked No. 1 by suspending 34 percent of all enrolled black students in a single year, producing a 30-point gap between blacks and whites.

While K-12 data reported by the nation’s more than 12,000 school districts was released last year, the U.S. Department of Education has never attempted, according to the researchers, the type of statistical breakout made possible by the UCLA center.

The suspension rates are important to calculate and study, researchers said, because the latest research clearly demonstrates that high suspension rates do not produce a better learning climate for the other students in a school.

Read the full version of the news release.