Researchers at the UCLA Henry Samueli School of Engineering and Applied Science and a Korean youth organization have established a program to teach middle school students about global health problems and how to use innovative technologies to identify malaria. The program is expected to involve at least 3,000 Korean middle school students in its first year.

Aydogan Ozcan, Chancellor’s Professor of Electrical Engineering and Bioengineering at UCLA and a Howard Hughes Medical Institute professor, will lead the joint project with the Korea Youth Work Agency, which is operated by the Korean government.

Ozcan’s research group comprises more than 50 engineers and scientists focused on bio- and nano-photonics and their applications for global health and telemedicine. In 2012, the lab developed BioGames, an online platform that uses crowdsourcing to reliably detect malaria-infected cells. Users of the platform can view hundreds of images of single red blood cells and select which of them show signs of malaria.

The responses collected from individual gamers are combined using techniques borrowed from telecommunications theory to accurately diagnose malaria at the single-cell level. Thousands of users from more than 85 countries have used the platform so far.

Research has shown that BioGames results are nearly as accurate as analysis by medical professionals. According to Ozcan, the platform could also be useful for training medical personnel, diagnosing illness in remote areas with limited access to health care facilities or medical experts, and helping to prevent costly and unneeded treatment stemming from false positive tests.

The youth agency will use BioGames as part of a training program on global health. Ozcan’s team will expand the existing platform, adding online lectures and curricula on global health problems, solutions and technologies.

Malaria is a fatal disease caused by a parasite carried by mosquitos. Each year nearly 200 million cases of malaria arise, mostly in developing countries. A very high percentage of those who die from the disease are children. 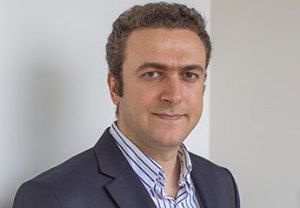 “This program provides a great opportunity to engage young people in an important battle against disease and to demonstrate the ability of this system to rapidly train even members of the public to effectively diagnose malaria,” said Ozcan, who also is associate director of the California NanoSystems Institute.

The Korea Youth Work Agency is a government organization that coordinates a wide variety of training, educational, cultural and leadership activities for children in Korea. The agency’s chairman, Seon-dong Kim, said the organization decided to work with UCLA to raise students’ awareness about global health issues and demonstrate that they can make a difference.

The initiative is scheduled to begin during UCLA’s fall quarter and the agreement could be renewed after its second year. It is funded by the Howard Hughes Medical Institute, UCLA and the Korean Ministry of Education.