It’s an indelible image and among the most famous dance photographs ever taken: Modern dance icon Martha Graham performing the work “Letter to the World.”

The image helped bring modern dance to the attention of the American people and established the photographer, Barbara Morgan, as one who saw, in Graham’s words, “the inner landscape that is a dancer’s world.”

“It is rare that even an inspired photographer possesses the demonic eye which can capture the instant of a dance and transform it into a timeless gesture,” Graham said in “Martha Graham: Sixteen Dances in Photographs,” a book of Morgan’s work. “In Barbara Morgan I found this person.”

Now, the archives of the visionary photographer, who passed away in 1992, have come home to UCLA, where Morgan studied art from 1919 to 1923 and subsequently taught design, painting and printmaking. She began her career as a painter but embraced photography at the prompting of her husband, Willard, a photographer, writer, educator and curator. Another major influence was Edward Weston, whom she met at UCLA when she was installing an exhibition of his work.

“Barbara Morgan captured the soul of a dance and the dancer like no other,” said UCLA University Librarian Ginny Steel. “We’re grateful to the Morgan family, who selected the UCLA Library to house the collection and made a partial gift of this remarkable body of work.” 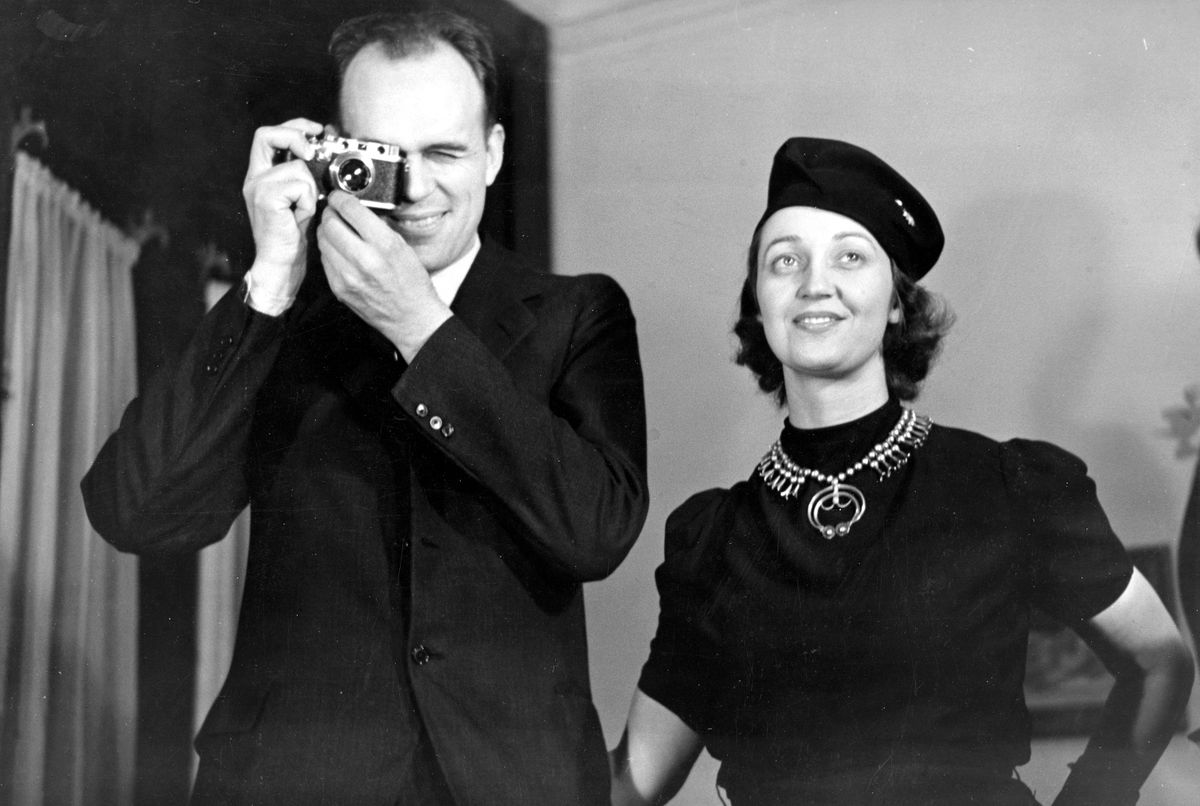 The collection offers insight into Morgan’s artistic development and the concept that inspired all of her works: the visual expression of movement and living energy. Its contents also trace the development of the Modernist movement in the U.S. through the Morgans’ friendships with other photographers, dancers, architects, artists and authors.

“Dance is a tricky form,” said Lionel Popkin, professor and chair of the UCLA Department of World Arts and Cultures/Dance. “It leaves a trace in our minds and spirits but not on the wall or on a page. Photographs, notes, diaries — these are the things that will bring generations of choreographers from the past closer to us. Los Angeles is rich in its connection to modern dance, and the Morgan collection not only amplifies the existing archives here at UCLA; it furthers our ability to connect our students to work created in a time before every camera had a phone.”

Barbara Morgan was born in 1900 in Kansas and her family moved to California the same year. She and Willard married in 1925, and in 1930 the couple moved to New York, where Willard had been offered a job by the manufacturer of Leica cameras. He subsequently published all of Ansel Adams’ early books and worked with him on exhibitions, served as the first photo editor for Life magazine, and was the Museum of Modern Art’s first photography curator.

After the birth of their two children, Barbara focused on photography, setting up her own studio and darkroom. She met Martha Graham in the 1930s and spent the next decade working with Graham and other modern dance pioneers including Merce Cunningham, Doris Humphrey, Erick Hawkins, José Limón and Pearl Primus.

The library also has significant collections about people who were connected both with the Morgans and with the development of Modernism in Los Angeles, including Edward Weston; architect Richard Neutra, who partnered with Willard on architectural publications; Jake Zeitlin, a bookseller and publisher whose shop became a meeting place for the city’s intellectuals; Lawrence Clark Powell, the influential UCLA University Librarian from 1944 to 1961; and UCLA arts faculty members Annita Delano and Arthur Wesley Dow.