Why do animals fight with members of other species? A nine-year study by UCLA biologists says the reason often has to do with “obtaining priority access to females” in the area.

The scientists observed and analyzed the behavior of several species of Hetaerina damselflies, also known as rubyspot damselflies. For the study, published this month in the print edition of the journal Proceedings of the Royal Society B, researchers observed more than 100 damselflies a day in their natural habitat along rivers and streams in Texas, Arizona and Mexico.

Female damselflies almost always refuse to mate with males of a different species, said Gregory Grether, a UCLA professor of ecology and evolutionary biology and senior author of the study. But that doesn’t stop some males from trying, especially in cases where the females of both species have similar coloration.

“We were surprised to see how well the degree of reproductive interference — the competition for mates between species — predicts the degree of aggression between species,” said Jonathan Drury, who was lead author of the study and is now a postdoctoral researcher at the École Normale Supérieure in Paris.

Grether and Kenichi Okamoto, a postdoctoral scholar at North Carolina State University, developed a mathematical model predicting that as competition for mates increases, male aggression increases, and showing at what point aggression against another species becomes advantageous. Grether and Drury tested and confirmed their model with help from Christopher Anderson, an assistant professor of biological sciences at Dominican University. (Drury and Anderson were previously doctoral students in Grether’s laboratory.)

It’s common to find two species of damselflies in one location. The biologists documented some cases where aggression between species has essentially disappeared because of substantial divergence in wing coloration. However, in most of the pairs of species they studied, there is very little difference in color, and males are as aggressive to males of another species as to males of their own species.

“Male damselflies often have difficulty distinguishing between females of their own species and another species when making split-second decisions about whether to pursue a female,” Grether said. “I think that’s the root cause of the persistence of male territorial aggression.”

The researchers sectioned off a part of the river, marked the damselflies for identification, and observed and analyzed rates of fighting within and between species. Territorial battles between two males can last a few hours, the biologists found. 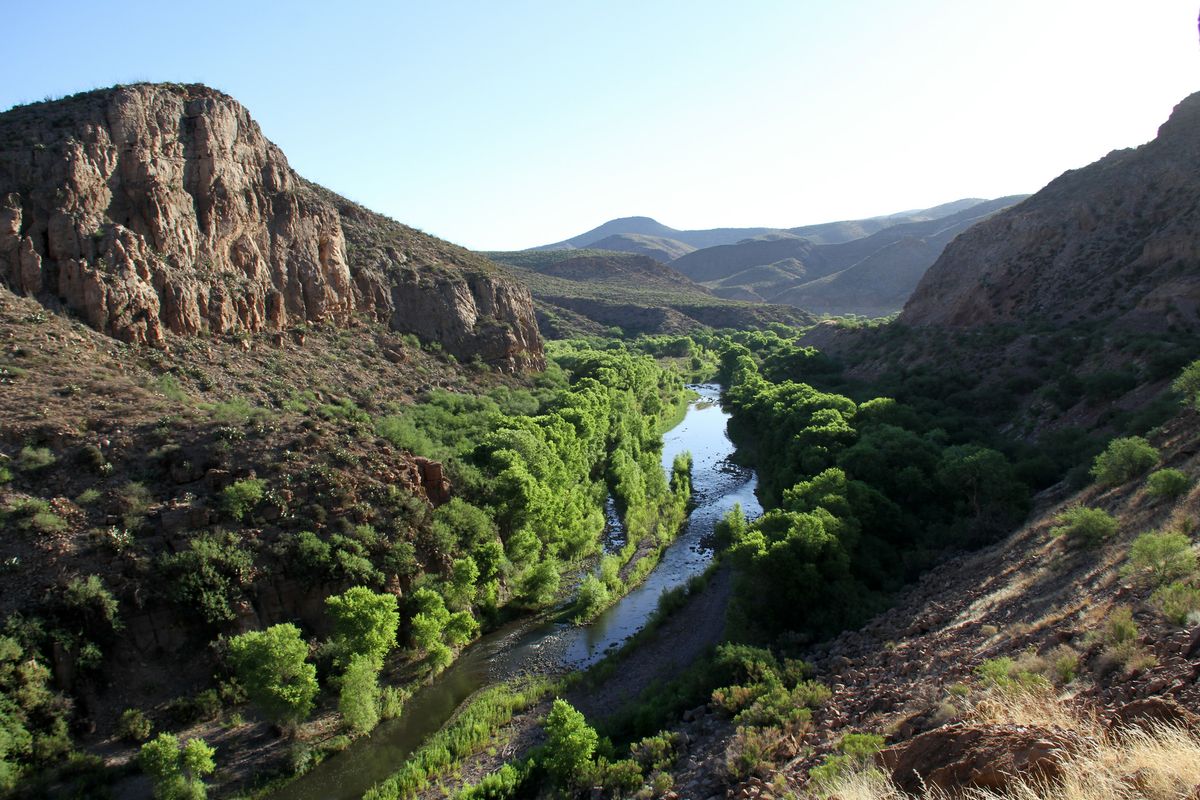 Damselflies typically live only a couple of weeks, and have few mating opportunities.

The researchers also conducted experiments in which they captured damselflies and flew them, tethered with a transparent thread, into the nearby territories of other damselflies in order to measure the responses.

A male damselfly often rammed into a tethered male intruder of the same species more than 100 times in two minutes, they found, while blithely ignoring a tethered male of a species that differed substantially in wing coloration.

Grether believes the findings about territorial aggression are likely to hold true with other species that have mating territories, including reptiles, amphibians, insects and some species of birds. He wants to extend the research to species that are in competition for resources besides mates, such as birds, which compete for food and nesting sites.

As for humans, Grether thinks reproductive interference and aggression between species may well have played an important role in our evolutionary past. Modern humans have existed for at least 200,000 years, he noted, and Neanderthals did not disappear until approximately 40,000 years ago.

“There is genetic evidence of interbreeding between the two species,” Grether said. “Interbreeding and warfare with modern humans are usually viewed as completely different explanations for the demise of the Neanderthals, but they might not be different explanations after all.  Fighting between Homo sapiens and Homo neanderthalensis groups might well have been motivated in part by inter-mating, just as it is in some cases of warfare between traditional human groups.”

The research is funded by the National Science Foundation (grant DEB-1020586).