Magali Delmas picks up her smartphone and touches the icon for her home thermostat. She is inside UCLA’s Institute of the Environment and Sustainability, where it is warm. But an icy wind is blowing outside, and she worries that her house might be too cold for her father, who is visiting from France. With a tap-tap, she changes the thermostat to a warmer setting. 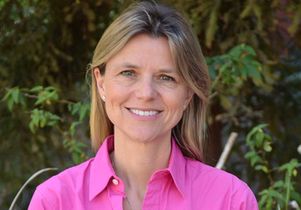 Delmas is a native of France, where conservation is encouraged from childhood. An environmental economist, she is ever mindful of energy use, and not just her own. Her latest research focuses on motivating changes in behavior to conserve electricity, using unique and effective nudges. “Our stream of research explores how people are responding to any type of messaging and what drives change in terms of conservation,” said Delmas, a management professor at both the institute and the UCLA Anderson School of Management. “It is very rare that people behave altruistically. So how do you make people aware of their impact, and how do you get them to care and act?”

Finding ways to persuade people to save electricity is an increasingly urgent quest. By law, Californians must double their energy efficiency by 2030. Scientists say 2015 was Earth’s hottest year on record, mostly because of greenhouse gases. A quarter of all carbon dioxide emissions in the United States is caused by generating power for homes and businesses. Conserving with new technology and changing behavior could reduce carbon discharge by 123 metric tons per year — or about 20% of the dispersion attributed to household use.

Encouraging households to conserve power is difficult. Electricity is relatively cheap, about 4% of monthly expenses. “Keeping lights on all day and night probably won’t cost you more than a few bucks a month,” said Noah Goldstein in an email. He is a professor at the Anderson School, whose primary research focuses on motivating behavioral change. “So people think, ‘For only pennies a day, I don’t even have to think about turning off the lights.’ It is not that people don’t respond to financial incentives; the problem is that financial incentives for engaging in environmentally friendly ways aren’t typically big enough to sway people’s behavior.”

To measure the value of informing consumers about harm to the environment and childhood health related to their energy use, researchers led by Delmas designed a study, published last year in Proceedings of the National Academy of Sciences, which analyzed the consumption of electricity by 118 graduate student households in UCLA apartments over eight months. The households received real-time, appliance-specific information about their energy use. The information was available around the clock on a website and summarized in weekly emails.

The experiment tested the effectiveness of different messages on energy conservation behavior with two groups. In the first, each household received information about its energy use, paired with its negative impact on the environment and children’s health. In the second group, each household received this information paired only with its monetary cost. Households in both groups were compared to the top 10% of their most efficient neighbors — and to a control group.

An example of an email showing environmental impact was: “Last week, you used 29% more electricity than your efficient neighbors. Over one year, you are adding 456 pounds of pollutants, which contribute to health impacts such as childhood asthma and cancer.”

The study showed that frequent messaging about household electricity consumption linked to its generation of fine particulate air pollution and its damage to health changed daily decision-making. Participants said they turned off unnecessary lights and unused electronic devices. Messages about health and environment may have resonated because they were “morally sensitized consumers” who were disturbed by wasting energy and harming health, Delmas said. “People told us that they were surprised to learn about their impact on the environment and felt some kind of moral duty to reduce their consumption.”

However, residents who received the monetary message did not change their electricity consumption. “People just learned that electricity is quite cheap,” Delmas said. When the average users reduced consumption to levels of the most efficient users, they saved only about $5 per month.

The experiment was repeated in faculty housing in New Delhi with the same results. “Air pollution is a major issue in India,” Delmas said. “Those who responded to health and environment messages reduced their electricity consumption by 18%, as compared to a control group.” Again, monetary messages had no effect. “This was a surprise to us,” she said. “We were expecting Indian households to be more sensitive to the financial savings.” This also contrasted starkly with what people had said in a survey before the experiment. They claimed that saving money would be their main reason for saving electricity, but they acted differently.

The role of social pressure

In a separate study, Delmas’ team investigated the role of social pressure to reduce energy consumption. The team installed electricity meters in 66 standardized dormitory rooms. The meters ran for nine months. Consumption in each room was compared weekly to that of the average electricity user.

One group of students received their readings privately by email. “We gave people the information in real time and detailed appliance-level use,” Delmas said, “but it had no impact.”

Another group of students received their readings both privately and publicly. Their information was displayed on posters next to elevators so other students could see it. The posters marked above-average conservers with virtuous green dots and below-average conservers with red dots for wasters. “When the posters went up, it became serious,” one student said. Thermostats were lowered. “I turned off all the lights and wore a lot of sweaters,” another student said, “so I could get a green dot.”

The result was impressive: a 20% reduction in energy use.

“We used social pressure to motivate them to act,” Delmas said. “This was based purely on information, because students do not pay for electricity.”

Delmas said the reduction lasted for three months after the feedback ended.