Where do we go from here? Two years ago, we asked several members of the UCLA faculty to share their thoughts on the phrase “Where Do We Go From Here: Chaos or Community?” which is the title of the final published work by Martin Luther King Jr.

After a year that has tested all of us and our institutions, and revealed how much work lies ahead in strengthening them, and in recognition of how relevant King’s provocative rhetorical inquiry remains, we revisited this prompt, asking members of our faculty to again reflect on the phrase. 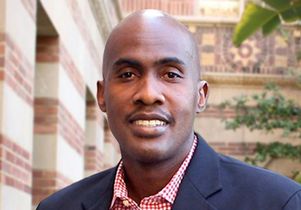 The recent insurrection in the nation’s capital this year was an emphatic exclamation point on what has been years of political, racial and ideological tension, animosity, and division. Typically, in moments of chaos and destruction, comes the opportunity for rebirth or reckoning of how a community can rebuild, reimagine, and start anew. In this moment, the possibility for rebirth has obvious implications. And more importantly, the burning question is, “Where do we go from here?”

As a campus and as a nation, I think we should reflect on Dr. King’s words on striving toward becoming the “beloved community.” A community that is centered on justice, equal opportunity, and love of one's fellow human beings. We must strive in our work, our thoughts, deeds and efforts to create that beloved community where economic, racial and social justice are the tri-pillars of the beloved community.

As a campus community, our work, our research, our teaching and our service touches the world over. We can be the change that we desire to see. Needless to say, that establishing and building a beloved community is never an easy task, there is often resistance, skepticism, and intense opposition at times. Dr. King talked about this community being anchored on redemption, reconciliation and the emptiness of violence and bitterness. This must be our goal. 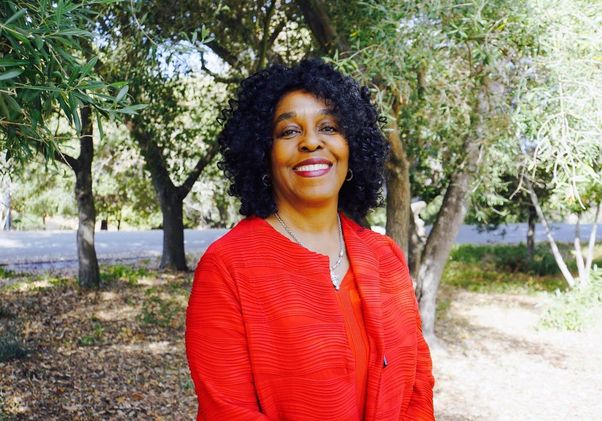 Where do we go from here — chaos or community? Martin Luther King Jr. posed this profoundly important question that is so foundational to the progress of any democratic society. Community, not chaos, must be the choice if a democracy is to survive the inevitable challenges to its integrity. When a people are one — one derived from the many — democracy evolves toward shared ideals of equality, mutual respect, rule of law and the promise of opportunity.

The chaos — political, economic, legal, cultural and intellectual — that our nation has endured, particularly in 2020, is reminiscent of other challenging periods in the nation’s history. MLK witnessed firsthand and labored tirelessly, for example, to steer the nation through the chaos driven by systemic racism and injustice.

It cost him his life.

Reverend King, along with many others of his generation, succeeded in creating a better national community out of the anti-democratic chaos that centuries of apartheid and inequality had wrought.

We all have the opportunity, at this moment of national crisis and chaos, to lend our efforts to rebuild and profoundly reshape this community that is the United States of America and to recommit to living in a true democracy. Honor the dream. 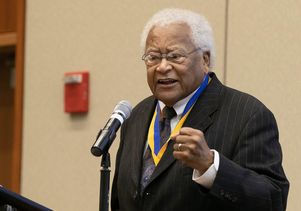 Rev. James Lawson, lecturer in labor studies. Lawson organized alongside King during the Civil Rights era. He received the UCLA Medal in 2018. He has been teaching in UCLA’s labor studies program on “Nonviolence and Social Movements” for the past 18 years.

Where do we go from here? The most important soil that we must cultivate is to lay the seeds for the movements of the 21st century that will reclaim democracy for the United States, reclaim justice, reclaim equality, reclaim liberty for all. We have to lay the seeds by which we can take government out of the hands of the oligarchy and out of the hands of the military and put it back into the hands of truth and the beloved community. That needs to be our goal in the 21st century and that is a goal that we can achieve if all around the country ordinary people would get involved. 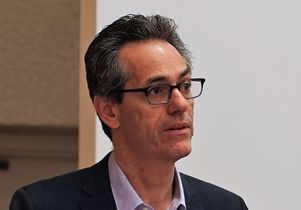 David Myers, Sady and Ludwig Kahn Professor of Jewish History; director of the UCLA Luskin Center for History and Policy

Martin Luther King opens Where Do We Go from Here?: Chaos or Community? by recalling the day in August 1965 when President Lyndon B. Johnson signed the Voting Rights Act at the Capitol building. Writing in 1967, he observed that, for all of the hope and expectation that surrounded it, the historic legislation had not brought full liberation or equality for Black Americans. Anti-Black discrimination and violence continued, fueled by the groundswell of a powerful “white backlash.”

Less than two weeks ago, there was another powerful “white backlash” that brought violence and lawlessness to the Capitol building. Fueling the angry mob was an attempt orchestrated at the highest levels of government to suppress Black voters, indeed, to undo the effects of the Voting Rights Acts.

The insurrection of January 6 should awaken us to the reality of injustice to which Dr. King was calling attention, for it persists in our day. He focused on attitudes, especially the attitudes of white Americans who had still not reconciled themselves to the demands for justice of Black Americans. He focused as well on economics, pointing out the unforgiveable gap in income equality, educational investment, and employment opportunities that also persist to this day.

Dr. King taught us that we are not powerless. Nor are we condemned to despair. The past year of convulsions — COVID, racial injustice armed insurrection — has opened our eyes to the challenges ahead. The answer lies in changing deeply ingrained attitudes and entrenched socio-economic structures. And the work begins here in our own university community, where we can make a difference. It is toward this ideal of bottom-up justice that Dr. King continues to call us. 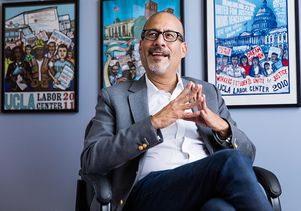 Abel Valenzuela, director, Institute for Research on Labor and Employment, professor of Chicana and Chicano and Central American studies and urban planning

While these are extraordinary and unfair times, chaos is not an option. We must unite as a community of essential workers and human beings. The dignity and basic humanity of essential, frontline workers and workers of color have never been more fundamental to all of our freedoms and the legacy of Martin Luther King Jr. It has never been clearer to me that our collective response to worker safety and economic security will form the bedrock for moving forward to ensure dignity, humanity, compassion and freedom. We must also be committed to rid our communities and institutions of the white supremacist hate that holds us back and instead embrace the democratic and nonviolent values that Dr. King died protecting. In the spirit of and reverence for his work, I pledge to continue working with campus leaders, students, faculty, and staff toward equity, fairness, and an inclusive economy that can create the world he envisioned. 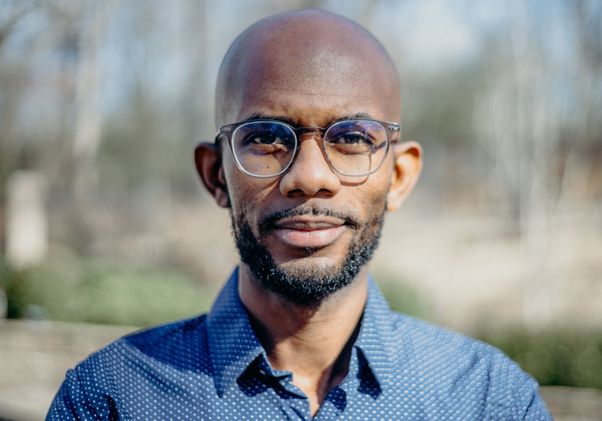 Eddie Cole, associate professor of higher education and organizational change in the UCLA School of Education and Information Studies

The events of the past year remind me of one of Martin Luther King Jr.’s most poignant assessments: “many liberals have fallen into the trap of seeing integration in merely aesthetic terms.” This should resonate with us as we can reflect on last spring’s barrage of public statements issued by corporate executives, university leaders and elected officials following the deaths of George Floyd, Breonna Taylor, and numerous other Black people killed by law enforcement.

Powerful organizations publicly condemned racism as millions marched for justice. Some even pondered if the United States was finally going to have its long overdue racial reckoning.

But actions speak louder than words.

We cannot move achieve racial justice in society if we do not move beyond the aesthetic of equity and inclusion. To move forward, to genuinely choose community over chaos, it is imperative that Americans put aside the aesthetic of racial justice and adopt operational changes to fundamentally dismantle the many enduring forms of oppression and disadvantage. Anything less is the willful acceptance of chaos. 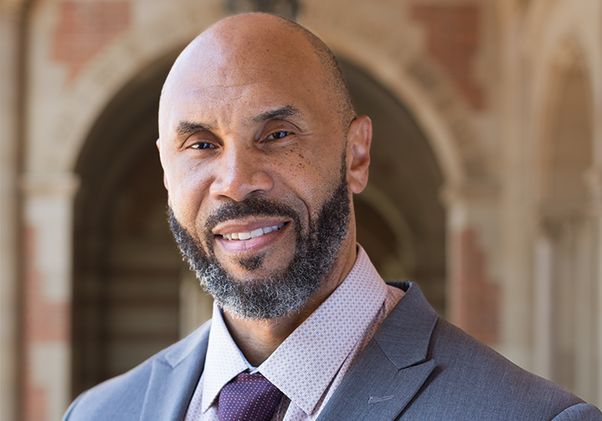 Darnell Hunt, dean of the division of social sciences in the UCLA College, professor of sociology

As we celebrate Dr. Martin Luther King’s legacy today, I can’t help but reflect upon all we’ve been through this past year. The pandemic, though it has touched us all, continues to slam the most racially and economically vulnerable with particular ferocity. Last summer, Americans of all types took to the streets — potentially exposing themselves to the virus — to protest the latest cases of police brutality and a criminal justice system that routinely devalues Black life. And last week’s attempted coup at the U.S. Capitol revealed, in stark relief, the precarity of democratic ideals that most of us used to take for granted.

Paraphrasing Dr. King, I have to ask: Where do we go from here? Will our nation summon the political will to do what’s necessary to land on the right side of history? Will we be able establish a constructive dialogue across competing realities, a dialogue rooted in facts, not unsubstantiated conspiracies? Will we be able to tap into our shared humanity in order to weaken the grip of white supremacy? Will science finally triumph over politics as we try to tame the pandemic?