Close your eyes and picture a computer science college student. In all likelihood, you imagined a male. Sadly, statistics about who decides to major in computer science in college back you up. In 2015, women earned only 18% of all computer science degrees in the nation; that percentage dips even lower for women of color, according to the National Center for Education Statistics.

And while identifying the root cause for this gap is difficult, researchers are finding that what happens in a CS college classroom can greatly influence women’s decision to enter or stay out of the programming field. While there is increased interest in addressing gender disparity in Silicon Valley as well as a push to expose young girls to coding, more research is needed to understand the role that colleges can play in the diversity process. 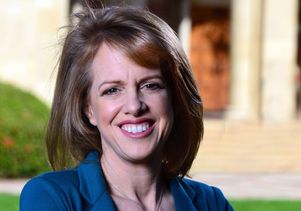 The BRAID (Building, Recruiting and Inclusion for Diversity) research team, led by Linda Sax, professor of higher education at UCLA’s Graduate School of Education and Information Studies, aims to pinpoint specific strategies to attract and retain women and students of color as computer science majors. “The university experience for prospective CS students, especially when it comes to introductory CS classes, can make or break a student’s decision,” says Sax.

Sax’s research team is part of the BRAID Initiative, started by the Anita Borg Institute and Harvey Mudd College in 2014 — with funding from Facebook, Google, Intel and Microsoft — to increase the percentage of women and minorities in undergraduate computing programs. The initiative partners with 15 universities across the U.S. that have pledged to increase diversity and inclusivity within their own computer science departments.

Armed with a $2 million grant from the National Science Foundation awarded in 2015, Sax's team is conducting an unprecedented, large-scale longitudinal study with the ultimate goal of identifying best practices for keeping women and students of color in the field.

“We want to find out how CS departments can instill not only a sense of confidence in computing skills, but a sense of belonging within women and students of color,” Sax says.

While women have made significant gains in many fields, including medicine, business and law, the percentage of women who receive CS degrees is the smallest across all STEM fields, according to the U.S. Department of Education.

Most dishearteningly, the percentage of CS-degree holders who were women peaked in the 1980s at 34% and has been on a downward trend ever since, even though women currently earn 57% of all undergraduate degrees.

“If girls aren’t involved in building technological products, not only are they missing out on some of the fastest-growing and highest-paying jobs,” Sax says, “we’re also missing out on the brainpower that these women can bring to the table.”

To find out what students experience in an introductory CS class, surveys were distributed across the 15 BRAID schools, which include smaller, private schools, like Villanova University, as well as large public research institutions, like Arizona State University and UC Irvine. 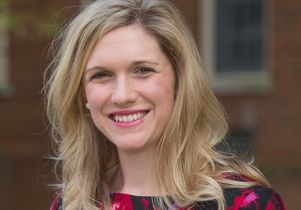 “While it is admittedly convenient to sample the BRAID-affiliated schools we work with, it’s surprising how well it maps onto the national trend,” says Kathleen Lehman, BRAID project manager at UCLA. “We account for geography, size of institution, whether it’s public and private.”

The team also conducts student, departmental and faculty interviews, as well as syllabi analyses, and researchers track academic major trajectories and final degrees as well as long-term career aspirations to understand the factors that encourage a student to complete a CS degree.

While the study will run for at least three more years, some initial findings have already emerged.

A recurring theme in the qualitative interviews, for example, is that student experiences in introductory CS classes, especially those taken by non-majors, are instrumental in developing a desire to stay in the field.

Women who take intro-to-CS classes tend to be further along in their college careers than men, and they are usually not CS majors. Since women are better represented in CS intro courses (32%) than among actual CS degree earners (16% among BRAID schools), BRAID researchers believe that CS intro classes are particularly significant in whether a student chooses to go down the CS pathway.

Lehman stresses that students’ first impressions about CS are shaped by these introductory classes, especially because women, on average, are less likely to have taken a CS class in high school.

When it comes to programming, you first have to master how to learn programming, Lehman said. “So if [an instructor] just assumes that all the students have some background in coding, it can put some students at a disadvantage.”

Female students in these classes may also be made to feel as if they aren’t allowed to make mistakes.

“Women are socialized to feel that they can’t fail and that they have to achieve perfection, so when their code doesn’t run, women often feel discouraged about their own abilities,” the project manager says. “Men, on the other hand, are often more aware of the fact that learning programming is a trial-and-error process and don’t see code not running as a reflection of their own skills.”

Courtesy of the BRAID Initiative

Building smaller checkpoints to affirm successes and breaking down assignments into smaller parts can help students build confidence in their learning and work. That confidence, Lehman says, is key to retention within the world of programming and computer science.

Collaboration also is a determining factor, according to Sax.

A paradoxical finding is that even when men’s and women’s achievements are similar, women typically have lower confidence in their programming abilities than men.

While these findings are far from conclusive, Lehman and Sax predict that there are a few main factors that explain the 4:1 ratio of men to women in CS.

One factor is society’s portrayal of programmers, especially in media — think “Mr. Robot” and “Silicon Valley.” “Programming is seen as something that’s overtly masculine and geeky,” Sax said. “There’s this idea that a programmer is a skinny, nerdy hacker who has poor interpersonal skills and works in his basement.”

And even if students don’t harbor these negative stereotypes, Sax says, many students tend to think that majoring in computer science means devoting their life to computers.

“A lot of people think that CS and programming aren’t as impactful in society as other fields,” Sax explains. “In reality, programmers have an incredible social value.”

The next big research question the team will tackle centers around CS undergraduate pathways and how those may differ between men and women. Sax also hopes to continue to follow up with non-majors who took introductory CS classes to see if their impressions have changed. And while Sax and Lehman are cautious about drawing definitive conclusions from their initial data, they are both optimistic about their findings so far.

“I’m confident that with this study, we can find out what works and for whom,” Sax says, “and more importantly, see some change over time in diversifying computer science.”

Read the complete story on UCLA’s Women in Tech website. This initiative is led by the Office of Information Technology and focuses on key issues that women and minorities face in the technology sector. You’ll find more features that showcase the women and research within the UCLA community in the fields of entrepreneurship and STEM.