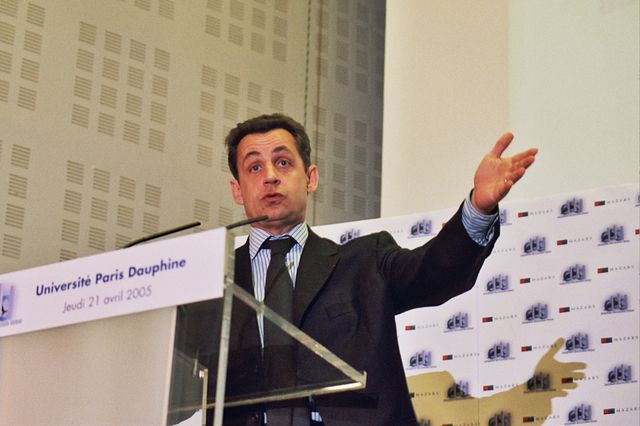 Considering a run for political office? How you sound may be just as important as what you say in terms of projecting yourself as a dynamic leader.

Studies led by Rosario Signorello, a postdoctoral scholar in head and neck surgery at the David Geffen School of Medicine at UCLA, found that successful politicians share vocal qualities that influence how their audience responds to them — unrelated to the meaning of their words or ideas expressed. His findings suggest that anyone can start sounding like a leader with voice training.

“Politicians use their voice as a powerful tool to arouse emotions, express their personality and persuade their audience,” explained Signorello, whose recent presentation on vocal charisma to the Acoustical Society of America produced a maelstrom of international news coverage.  “My research explores political leaders’ vocal traits and how different cultures define charisma.” 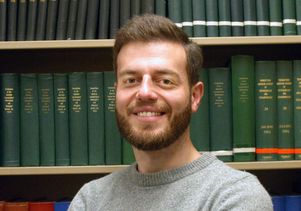 UCLA
Rosario Signorello found that political leaders use different patterns of speech, depending on whom they are addressing.

Signorello, 32, grew up in Sicily, where politics is a subject of popular fascination. He’s fluent in Sicilian, Italian, French and English; understands Spanish and Portuguese; and holds a double doctorate in linguistics and psychology.  His research into charisma arises from his curiosity about the relationship between vocal acoustics and the psychology of perception.

To detect similarities and differences in speech and identify how perceptions of vocal characteristics of charisma differ across various cultures, Signorello analyzed audio clips of speeches delivered by high-ranking politicians from Brazil, France and Italy. In one part of the study, he let research subjects listen to these clips. To assure that study participants responded solely to the politician’s voice and not what was being said, they heard speech excerpts only in languages they did not understand.

He found that political speakers used different patterns of speech, depending on whom they were addressing. In monologues addressed to voters, speakers exerted great effort to offer a wide pitch range. But when addressing other leaders at conferences, the same speakers used a more narrow pitch range and lower pitch; in informal one-on-one interviews, speakers varied their pitch the least and primarily stayed in what Signorello calls their “healthy” voice, the voice range speakers reach without any effort and without injuring themselves.

The vocal styles of leaders in three countries fell neatly into several categories.  For example, Luiz Inacio Lula da Silva, the former president of Brazil, sounds commanding and authoritarian; Signorello described this politician’s voice as low-pitched, creaky and harsh. And his voice abruptly changes frequency — the speed at which the vocal cords vibrate.

On the other hand, the voices of French President François Hollande and his predecessor, Nicolas Sarkozy, show contrasting characteristics. While Hollande’s voice reflected a smooth variation of pitch frequencies, along with long pauses to convey benevolence, Sarkozy used abrupt changes in pitch frequencies, with short pauses and a faster rate of speech to convey dominance, Signorello found.

In the voice of Italian politician Umberto Bossi, Signorello found a distinct harshness. “It’s sometimes perceived as pathological,” the postdoctoral scholar noted. “He wants to convey dominance and threat.”

Overall, Signorello said, “There’s no single type of charismatic voice. The best speakers adapt their voices to their listeners, context and culture. Charismatic leaders monitor audience reaction and possess the emotional intelligence to change their vocal delivery mid-speech to obtain the response they want.”

According to the postdoctoral scholar, skilled speakers will vary their voices within a single speech to appeal to listeners of different ages, genders and backgrounds. Savvy politicians also adapt their voices in the same speech to fulfill diverse expectations.

“A politician may sound authoritarian when discussing foreign policy, for example, and more benevolent when addressing health issues,” said Signorello.

Of course, he added, charisma emanates from more than one’s voice. Other subtle “tools” used by shrewd speakers to create a perception of charisma include facial expressions, posture, gestures, gaze and head movement. And, as any experienced toastmaster will tell you, practice makes perfect.  More public-speaking experience translates into higher confidence and, thus, more charisma, said the voice scholar.

Signorello’s upcoming studies will focus on the vocal delivery of female politicians, American leaders and primates.