Janet O’Shea, professor of dance at UCLA, has dedicated her life and career to the study and performance of dance. Inspired by martial artist Bruce Lee in the 1970s and armed with years of dance training, O’Shea began more recently to practice jeet kune do, the martial art that Lee created.

In her newest book, “Risk, Failure, Play: What Dance Reveals about Martial Arts Training,” O’Shea shares insight into her training and writes about the individual and societal benefits of physical play through the martial arts. By engaging in physical play like the martial arts, people can experience mastery, understand and embrace their own vulnerabilities and learn how to be better, more cooperative and sociable members of society.

With the book’s upcoming release, O’Shea, who teaches a Fiat Lux course on empowerment self-defense, spoke with UCLA Newsroom via email about her latest project.

As a writer and dancer, what drew you to the martial arts?

I grew up in the 1970s and Bruce Lee was an icon of my childhood. While I never idolized Lee, I wanted to study his system, jeet kune do, as soon as I knew it existed. It just took me a while to get to it, a time in which I studied and performed dance, trained in Wing Chun kung fu, learned to rockclimb and practiced yoga. I finally got a chance to train in jeet kune do when I learned it was offered by UCLA Recreation, a few years after I began working here in 2008.

Although my dance experience trained me to think with the body, thereby enabling me to pick up martial arts relatively quickly, what really delighted me about martial arts was not their similarity to dance but their differences.

In particular, I was intrigued by the physical exploration of human interaction in martial arts training, particularly in live practices such as sparring and grappling. Live training sets up an intentional and artificial disagreement between two people, which then gets worked out through physical problem solving. I was fascinated by the apparent unpredictability of sparring juxtaposed against experienced fighters’ ability to decode and intercept an opponent’s actions.

What inspired you to write the book?

I found myself devoting many hours a week to martial arts training, roughly the equivalent of a part-time job. As a writer, I rarely experience anything without writing about it. So I was writing free form but I didn’t have a clear shape for the book.

I assumed I would write a martial arts memoir and noticed that most books in that genre lead up to the novice’s inaugural competition fight. Gradually, I realized that I was more interested in training than I was in fighting and I wasn’t sure if having the one (or more than one) fight would tell me something that training didn’t. But if I wasn’t training toward a goal, why was I doing this?

This led me to the understanding that the absence of the goal, in itself, was central. Martial arts practice, for me and I suspect for many others, is intrinsically valuable. It is worthwhile in itself, not because it leads to something else. This intrinsic value, the opportunity it creates for experiencing mastery and navigating failure, its parameters of engagement and its transformation of meaning align martial arts with play. Rough, dynamic physical play is something that, for many adults, gets left by the wayside as goal-oriented activities take over. I was no exception. 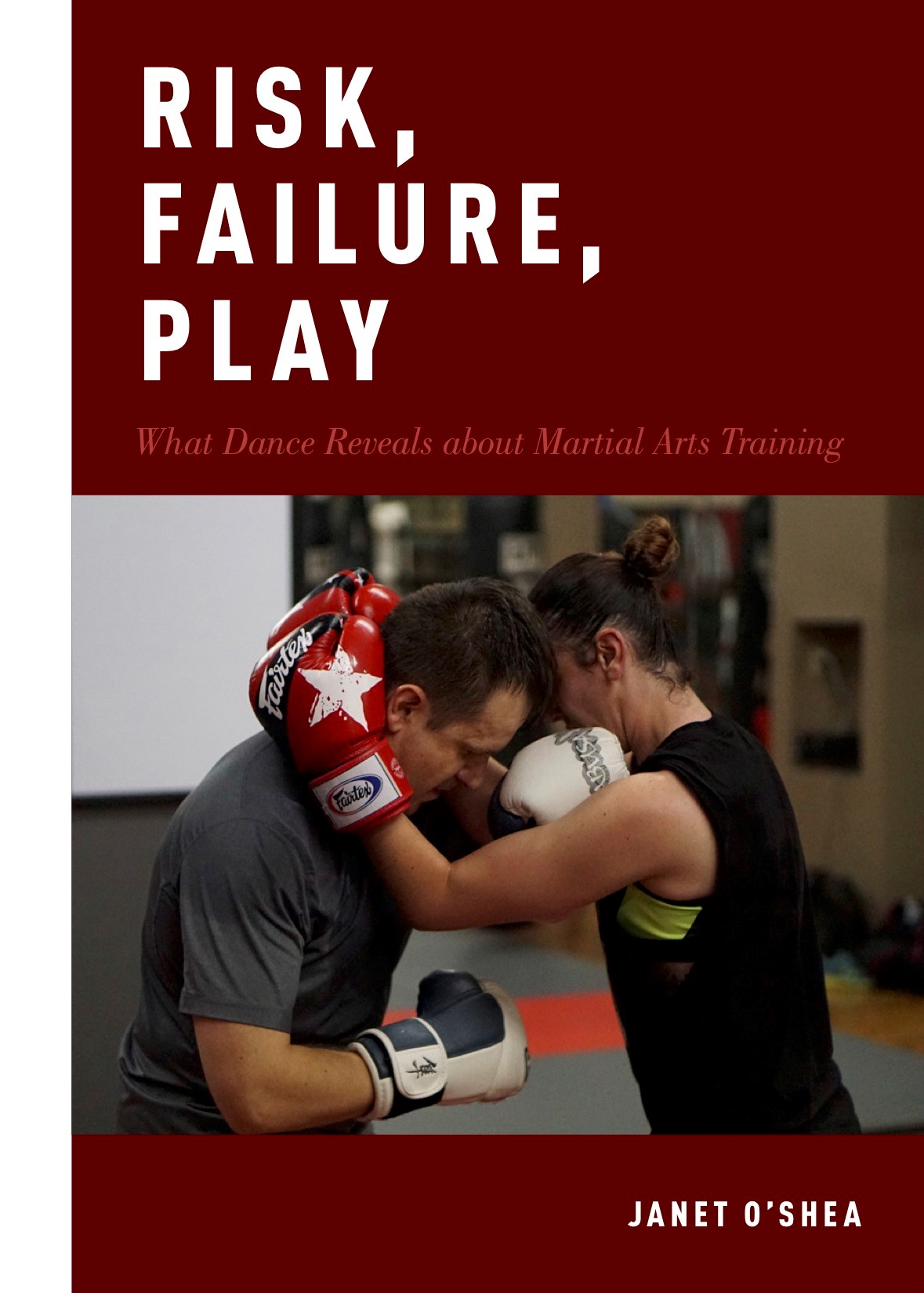 You mention martial arts as a mix of violence and play, can you explain this intersection?

Instead of making a distinction between martial arts that transcend violence and those that deploy it, I’m suggesting that violence is both the ground of most martial arts training at the very same time that it stands in opposition to it. I started by borrowing from the UK-based public sociology project, Love Fighting Hate Violence, which distinguishes between fighting as consensual and violence as overriding consent. I draw out further differences between fighting and violence by attending to spaces of play; looking at the inversion of meaning attached to kicks, strikes and takedowns on the mat versus on the street; considering the importance of etiquette and gestures such as handshakes, fist bumps and touching gloves; and attending to how rules make the game.

My argument is that play gives us techniques for managing difficult realities with intelligence. In the case of martial arts, that reality is human violence.

How do you think “Risk, Failure, Play” and martial arts will benefit society?

The United States has come to neglect physical play. We’ve outsourced physical play to experts and have relegated it to particular phases of the lifespan. We are also, paradoxically, among the most competitive people in the world: the most likely to see competition as beneficial for individuals and society, the most likely to think success reflects effort and that competition is fair. We have come to dismiss the importance of parameters of fair play in daily life and in politics. All of this has come together to allow us to accept the erosion of democratic norms and to tolerate an economic system that condemns far too many people to permanent failure.

In delving into considerations such as vulnerability and failure, the need for intentional self-restraint and the acceptance of parameters of engagement, I hope to signal just how much competition needs to be managed for it to be beneficial rather than detrimental. So, while competition can sometimes hone focus, generate goodwill and produce pleasure, it only does so when balanced by an ethics of experience that ensures that respect, consent and cooperation matter more than outcome.

Why is physical play such as the martial arts imperative? Are there implications for society if we neglect it?

Physical play, when handled with intention and respect, teaches us about our own vulnerabilities and those of others. It can also, paradoxically, show us how capable we are. Physical play teaches us that it’s all right to fail at the same time that it reminds us that failure has real, and sometimes painful, consequences.

It would be naïve to suggest that we can simply play our way to a more just and equitable world. Play clearly has the opportunity to backfire: it can recreate hierarchies and stimulate inequality, which are excused because it is “just play.” So I’m not simply saying that we should play; I’m saying we need to create opportunities for physical play and that we need to reflect on how we play, considering what realities our playful actions bring into being.

What do you hope people will take away from your book?

I’d be delighted if readers take up or renew their interest in some form of physical play, be that martial arts or another practice that encourages them to negotiate with others and examine their own abilities and limitations. But more than that, I’m hoping that readers will reflect on how, when and what we play. I’m hoping it’ll encourage readers to think about what we teach our kids through how we act at their soccer games, through what it signals to a college or a high school when a landscape centers on the football field, through what we tell ourselves when we watch professional sports but haven’t played a physical game in years.

I’m hoping that “Risk, Failure, Play” will get readers thinking about how disparate concerns such as inadequate leisure time in a neoliberal economy, a decline of civility in the public sphere and a disavowal of failure might be connected. I hope that readers will realize that solutions to larger societal problems can be immediate, things we can enact in our daily lives. And how we just might get to have fun in the process.