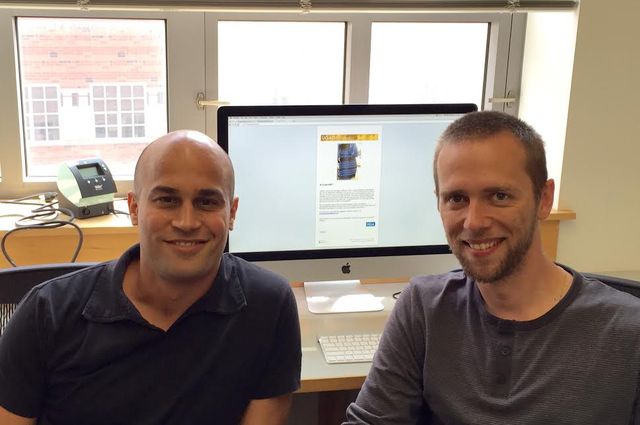 Danny Zeevi and Matthieu Delcourt with their website, www.thedressgenetics.com.

Blue and black or white and gold? That question lit up the Internet in February, prompted by a photograph of a dress that looked one way to some viewers and quite another to others. The divide between the two camps was so stark that many people initially thought it must be a joke or a prank: How could anyone genuinely perceive this dress to be blue and black, when it is so clearly white and gold (or vice versa)?

For Danny Zeevi, a postdoctoral researcher in genetics at UCLA, the interesting question was not, “What are the physical mechanisms behind how someone sees the dress?” but rather, “Why are they so different between different people?”

Zeevi posed the question to his colleague Matthieu Delcourt, also a UCLA postdoctoral researcher in genetics, and together they decided to conduct a small study. They have set up a website — www.thedressgenetics.com — where they are asking people to fill out a short, anonymous survey about how they and their family members perceive the dress. 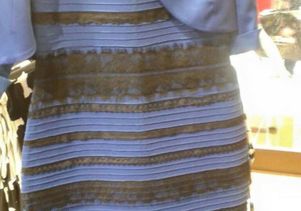 The picture that started it all.

The idea for the study first came to Zeevi during a family dinner when his nephew showed him the now-infamous picture and asked him what color the dress was. “I said, ‘White and gold,’ and he started laughing,” Zeevi said. “I showed it to my son — he’s 4 years old — and he said, ‘That’s blue and black.’”

“As a geneticist, the first question that pops into your mind is, ‘Wait, wait – is it genetic?’”

The question is more complicated than it may seem. “The fact that your dad or your brother or sister doesn’t see it the same way that you do doesn’t mean that it’s not genetic,” Delcourt said. “That might be one way to guess, but there are other mechanisms that could be involved.”

Delcourt and Zeevi believe that the case of the dress could be a particularly striking example of how different genes and traits are responsible for perception.

“‘Nature versus nurture’ is one of the most ancient and interesting questions in science,” Zeevi added. “Is this something that we acquire throughout our lives, or are we born with it?”

Zeevi and Delcourt said that the data they’ve gathered so far have shown interesting possibilities, but they need a larger sample to be able to draw any meaningful conclusions. They have received several hundred responses to date, and are hoping to hear from at least 1,000 different families in total. Data from twins are especially helpful, they noted, and identical twins most of all.

Readers are encouraged to visit their website and help the two researchers determine whether or not the dress phenomenon has any genetic basis.

“This is a very good opportunity to test this,” Zeevi said. “And it’s something fun that everybody can relate to.”