Cars and environmentalism don’t always going hand in hand. But that may be changing. On Tuesday, automobile and sustainability experts will discuss how people move around in a society that increasingly values green technology. The event will be held from 6 p.m. to 8 p.m. at the Peterson Automotive Museum and moderated by UCLA’s J.R. DeShazo, director of the Luskin Center for Innovation and member of the Institute of the Environment and Sustainability.

DeShazo’s research on cars focuses on three areas: how clean-vehicle rebate and subsidy programs can be designed to have the biggest impact, especially for those with low income; how to expand electric vehicle infrastructure to reach more people; and how green technology can work with self-driving cars.

The institute's David Colgan recently sat down with DeShazo for a conversation about the state of car transportation in Los Angeles, California and beyond for this edited Q&A.

What are currently the most promising sustainable technologies with regard to cars?

Ridesharing is probably the most sustainable innovation that has emerged in the last three years, and it came out of the blue. These vehicles don’t have to charge for parking, and they’re utilized much more efficiently. And because of the types of vehicles ridesharing companies prefer, they’re cleaner than those that the average household uses. I think ridesharing is the future. It’s transforming the way we think about transportation. It has tremendously reduced morbidity and mortality outcomes from drunken driving and accidents. And it’s opened up transportation and accessibility to low-income households in a dramatic way.

If I were to go back five years, I would say the emergence of electric vehicles as commercially viable technology is the second important development. This year we will probably see three or four models of electric vehicle that can go over 200 miles on a single charge. That’s basically the same range as a conventional gasoline vehicle. But the beauty of the electric vehicle isn’t just that it’s cleaner — for a lot of households, the beauty is that you only pay a third of what you pay for gas, because electricity is so much cheaper. 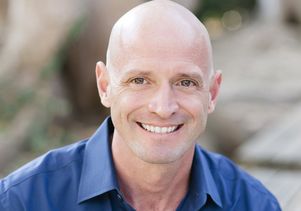 Can you give us a “state of the union” on L.A.’s car culture?

We have the most cars of any metropolitan area in the state, but Los Angeles is leading California in adoption of plug-in electric vehicles and supporting infrastructure for those vehicles. That said, we have a long way to go. Only six percent of new vehicles sold in California are hybrids, and only three percent are electric vehicles. The main threat is the fact that gas prices are falling. As soon as prices go down, people go for bigger, more fuel-inefficient vehicles, and they purchase fewer electric and hybrid vehicles.

What policy and infrastructure changes will make electric cars hit a tipping point where they become heavily adopted?

Let me start by reviewing policies that are already in place. First, there are significant rebates at the federal and the state level for purchasing electric vehicles. For a Nissan Leaf, you can essentially get a $7,500 rebate and tax credit. If you have low income, the discount can be as high as $9,500. The other thing we have is a robust infrastructure subsidy program. Most utility providers in the state offer small subsidies for residential chargers, and many offer significant subsidies for commercial charging stations. The third thing we have — at least until 2019 — is guaranteed HOV lane access for electric vehicles.

Those three policy areas are important to keep in focus. The piece we’re missing is that gasoline is just too cheap. If we really want to change people’s preferences for the vehicles they drive, we have to make gasoline reflect its environmental and social costs by increasing taxes on gasoline. California has started to do that through its cap-and-trade program. Gasoline costs will now go up a little bit to reflect the carbon content of each gallon of gas we burn. But it’s not going to be enough.

Do you think cars will always dominate transportation in L.A. and other cities?

I think the future in cities is going to look very different for people. There will be certain areas where electric or fuel-cell people-movers and fleets of autonomous vehicles will move people around twice as fast. These areas will be highly technologically outfitted. The first places you’ll probably see it are high-density areas and venues like Dodger Stadium, where you’ll be able to jump out and the car will park itself. I think you’ll see this technology deployed in the next 10 to 15 years. That said, there are still going to be big expanses of the country where you’ll need a vehicle to get around. Most rural and suburban areas will remain very personal vehicle-oriented.

Besides the technology aspects, there is a human, artistic and historical side to car culture. How can sustainable technology be a part of that?

You already see car designers doing that. That’s what Tesla did. They took the old image of the electric car as slow, small and ugly and turned it into something incredibly fast, sexy, sleek and mysteriously innovative. Faraday Future is trying to do that too. You see all of the premium automakers trying to develop concept-car equivalents and commercialize them using alternative fuels like electricity or hydrogen. Automakers are always going to do what they do, which is make a car that is personally and culturally symbolic of who we want to be. I think styling and the aesthetic are always going to matter.

What are some of your most memorable experiences with cars?

I grew up in a rural area. Some of my favorite vehicle memories are driving my dad’s ’64 Chevy or taking my kids picnicking. My favorite thing is to put my kids in the back of a pickup truck and go for a rough, rowdy ride. It turns the vehicle into something fun, adventurous and something that connects to the environment in a country way. That’s relaxing, and it enhances my quality of life — as opposed to the way I typically use my vehicle in L.A. I like my Leaf. It’s peppy. It’s as fast as my Acura used to be, but I use it in a very utilitarian way, and it’s constrained by the environment.

This is posted on the UCLA Institute of the Environment and Sustainability website.