Since the early 13th century, a slew of Williams, Richards, Johns and Roberts — plus a generous smattering of Georges, Jameses and Thomases — have served as vice chancellor of England’s Oxford University, the oldest university in the English-speaking world. Now comes the first woman to hold the post: Louise Richardson, who earned her master’s in political science at UCLA in 1980. 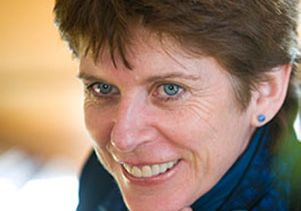 Courtesy of St. Andrews
Richardson is a widely recognized expert on terrorism and terrorists.

Richardson, who went on to earn additional degrees from Harvard University, will assume her new post in January. As vice chancellor and the senior officer for Oxford, she will provide strategic direction and leadership to the collegiate university, and will position and represent Oxford internationally, nationally and regionally.

Widely recognized as an expert on terrorism, she is the author of "What Terrorists Want: Understanding the Enemy, Containing the Threat" (2006).

Richardson, 57, held academic positions at Harvard for many years and received several honors for the quality of her teaching, including the Joseph R Levenson Memorial Teaching Prize, bestowed by Harvard’s undergraduates in recognition of exceptional teaching.

Born in the Republic of Ireland, Professor Richardson holds a B.A. in history from Trinity College, Dublin; an M.A. in political science from UCLA, and an M.A. and Ph.D. in government from Harvard University.

Since 2009, she has been principal at the University of St. Andrews in Scotland, where her leadership was marked by a strong focus on academic mission, student experience and development of the university’s infrastructure, Oxford University officials noted.

She grew up in Tramore, County Waterford, Ireland and came to UCLA after undergraduate work at Trinity College.

“Trinity had a program that funded two students, one in the arts and one in the sciences, to go to the University of California for a year,” she says. “At UCLA, I studied international relations, as I was trying to get as far away from Irish nationalism as I could. I got a strong disciplinary and theoretical foundation, which was invaluable.”

At UCLA, she studied with Stephen Krasner, now at Stanford University, and Robert Jervis, now at Columbia. “They were to become two of the most influential academics in the field,” Richardson says.

Jervis remembers Richardson as “a particularly winning person, open, warm — and someone who brought out the best in her classmates.”

Richardson also studied comparative politics with UCLA political science professor Ronald Rogowski, who remembers her as “an excellent student, unafraid to raise questions or to state her own views.”

The married mother of three says she greatly enjoyed her time at UCLA. She had decided to study international relations here after her experience at Trinity, where she got her first inkling that some people thought differently about “the troubles” in Ireland than did the people she grew up with in County Waterford.

“We saw [the Irish Republican Army] as the defenders, the weak defenders, against the much more powerful enemy, and therefore kind of morally attractive,” she told WSJ Magazine in 2010. “I went to meetings and argued, but thankfully I decided violence wasn’t legitimate.”

Her upbringing greatly informed her future studies. As she recalled in a 2007 interview at UC Berkeley, she began to view the popular image of terrorists as “oversimplified” and became fascinated with what motivates terrorists and terrorism.

“It’s what’s driven my professional life, trying to understand how groups can persuade people — who, in other parts of their life, are upstanding teachers, students, mothers, fathers, daughters — to commit atrocities for a group that has no chance of success,” Richardson said in the WSJ Magazine interview.