After five years of excruciating drought, California’s wildlife finally has a reason to celebrate.

This vernal equinox — the first day of spring — flora and fauna from Palos Verdes to the Yosemite Valley have been rejuvenated by a historically wet and snowy winter. Life is sprouting, hopping, buzzing and flapping everywhere as ecosystems recharge. It has been good for people too. Hikes are greener, and the signs and sounds of nature are perking up.

The surge in moisture has stirred UCLA conservation biologists who monitor wildlife in the mountains around Los Angeles, the White Mountains and the Sierra Nevada farther north.

“Since I’ve been working in the Santa Monica Mountains, I’ve never pulled over to the side of the road so many times. You see so many wildflowers,” said Alexandria Pivovaroff, a postdoctoral researcher with UCLA La Kretz Center for Conservation Science.

Pivovaroff studies how different plant species adapt to drought and what effect that has on the risk of wildfires — especially in regard to climate change. Since it began raining, she’s crisscrossed the Southland to see how plant species are responding. Some, such as laurel sumac and eucalyptus trees, fell over or broke in storms after being weakened by a drought that some researchers say is the worst in 1,200 years.

But in the coastal sagebrush — an endangered ecosystem — other species have sprung into action. Plants like the purple sage are putting out big, healthy leaves, and others like the California lilac are blossoming wildly.

The invigorated plant life has a cascading effect, helping organisms further up the food chain.

“We’ve seen a huge amount of hummingbird activity,” said Gary Bucciarelli, a postdoctoral researcher. “There’s been a lot of flowering over the past three or four weeks, and pollinators have been extremely active,” he said, referring to animals that fertilize plants.

Deer are feasting, and so are the predators that hunt them. Researchers around the Stunt Ranch Reserve see a lot of mountain lion and bobcat paw prints these days.

Bucciarelli’s main research focus, amphibians, may be doing even better.

“There’s an area close to where I live that typically floods in the spring when it rains, and the whole thing has been bone-dry the past few years,” Bucciarelli said. “Three days after the first big rainfall we got, it filled up with water and turned into this marsh/wetland. A few days later you could hear tree frogs calling. It’s music to my ears, really, to have all those frogs calling in habitat that has been barren for five or six years.”

It’s not just the moisture that’s helped. Forceful runoff from the winter storms flushed invasive species like crayfish out of local streams and waterways. Those species kill and compete with natives like L.A.’s only species of newt, Taricha torosa. Just last year, the newts were turning up bony and emaciated, likely due to sustained dry, hot weather. This year, it’s a different story.

“It’s definitely returning back to normal,” Bucciarelli said. “I haven’t seen any sick or emaciated like they were. It’s starting to look good.”

It is now prime breeding season for the newts. With more rain projected this week, Bucciarelli has high hopes that this will be a banner year for them and other amphibians.

Southern California is also home to lagoons, bodies of water isolated from the ocean by sand bars and charged by freshwater streams and runoff. When it rains, streams fill lagoons, breaking through the sandy barriers and opening them to the ocean. During the drought, the precipitation threshold to open the lagoons wasn’t met in most locations. But this year Malibu Lagoon was breeched for two weeks straight.

“That’s a big win for a lot of reasons,” Bucciarelli said. “From an ecological standpoint, it’s important. There is also this huge restoration project that California State Parks did, and it’s obviously moving in the right direction.” 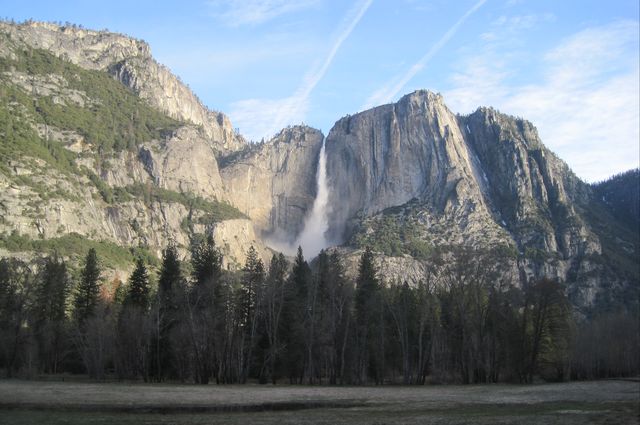 Jeff Holmquist/UCLA
Yosemite Falls, like many waterfalls in California, is running strong after years of being reduced to a trickle.

Farther north, things are looking up too, according to Jeff Holmquist, who researches invertebrates at UCLA’s White Mountain Research Center — a national laboratory with three field stations and a research hut located along 10,000 feet of elevation.

“It’s like the mountains are breathing a big sigh of relief,” Holmquist said. “It’s just remarkable.”

In the Tuolumne River near the Hetch Hetchy Reservoir, water was carefully released from the dam during the drought in a project to conserve the watershed and its species. Now, it’s being released so fast Holmquist wasn’t sure he’d be able to get in to take samples.

Similar to what happened with the invasive species down south, the surge of water broke a biological logjam for the Hetch Hetchy wetlands, washing out excessive green algae and creating room for invertebrates and other organisms that dwell in and among rocks.

Farther up in the mountains, everything is still relatively quiet, buried under a thick layer of snow. That’s a good thing. The snowpack insulates the plants, keeping them from getting too cold. It also protects them from a threat most people aren’t aware of: When snow levels are at just a couple feet, as they have been the past few years, the snow melts and freezes into a top layer of ice. When winds kick up, the ice breaks into small pieces and sandblasts the vegetation, damaging it.

With the snow line currently at about 7,500 feet, a lot of the mountain terrain is still covered by this protective blanket. It will likely take a while to melt, Holmquist said. The growing season probably won’t start until July or August in high elevation meadows.

In the meantime, there’s plenty of action for people looking for a glimpse of nature at its finest.

“In terms of waterfall viewing, you couldn’t do better than right now,” Holmquist said. “Of course, the big falls in Yosemite Valley are flowing tremendously. But to me, what is most striking is the hundreds of small falls cascading off the rim — things that don’t even form but once in every eight or 10 years. It’s just amazing to see.”

Back down south, Bucciarelli recommended a few of his favorite spots for nature (and waterfalls) this spring: Zuma, Newton and Temescal canyons.

Now may be the perfect time to enjoy the best that California has to offer, but all three researchers independently made a simple request: Give nature some space.

“This has really been a crutch for wildlife to have all this water,” Bucciarelli said. “I think we need to respect that and try not to interfere too much.” 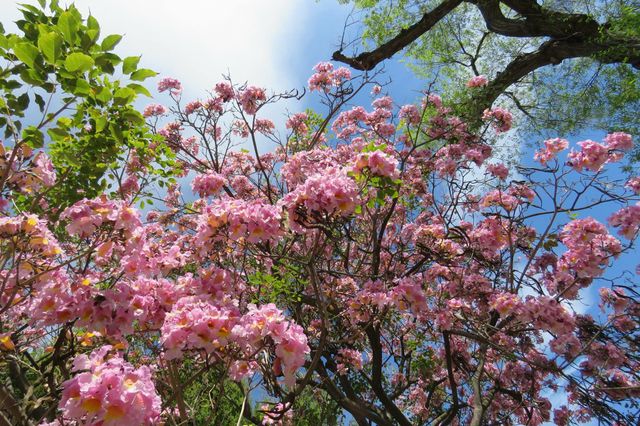 This story is posted on the UCLA Institute of the Environment and Sustainability website.