When the news broke that Prince Rogers Nelson had died on April 21, it hit UCLA Extension instructor Owen Husney especially hard. “I was in shock,” he said.

Many millions of fans had a similar reaction to the legendary musician’s death — but very few of them had ever had Prince play them a song while sitting on the floor of his Minneapolis home.

Husney, who for the past four years has taught “Beyond the Creative: What You Need to Know about the Business of Music” at UCLA Extension, is the music executive who discovered Prince, and helped him secure his first, three-album deal with Warner Bros. Records.

He spoke to Newsroom about those early days, his pride in being an early “protector” and nurturer or Prince’s unique talents, and about how Prince’s career provides many teachable moments that still apply to his students today.

How did you first hear of Prince? 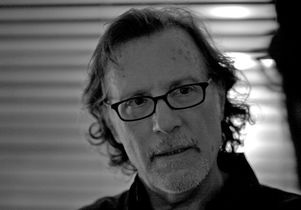 I was a musician, and I had a regional hit in the mid-60s, but by the early 70s, that was all over. I went to the University of Minnesota in Minneapolis, but I left before graduation to start my own business. I was a concert promoter, I had small studio, an advertising and marketing firm, a little management — I was the “music guy” in town.

So this kid named Chris Moon, who had a small recording studio, came into my office and told my secretary, “I’ve got the next big thing.” Well, I heard that all the time. Finally, I said, “Come on in, let’s hear this big thing.” I’m shuffling paper, he’s fiddling with the cassette, and I already had my standard speech ready: “Sounds promising, come back in five years.” He presses play, and you know, from first moment I heard Prince, I could really hear a difference from all the other tapes people were bringing me.

What was so different about it?

All of the other stuff sounded like another group. It was derivative. On this tape, I heard someone striving to create a different sound. The way the guitars and keyboards are working together was really intriguing.

Then the vocal comes up, this young kid with a falsetto voice — it had such vulnerability. I had no idea who it was, and it sounded so great. I asked, “Who is this group?” The guy says, “It’s not a group.” And I said, “Oh, so the singer got some studio musicians together.” He tells me it’s one kid, singing, writing, playing all the instruments. That got my attention right away!

I said, “Can we call him? I want to talk to him right now.” Because in this business, like I tell my students, you can’t wait around. So we got him on the phone. He was in New York City, trying to get a record deal. But I knew this demo was too rough to be shopping to record labels. I said, “Come back to Minneapolis, come to my house, and let’s meet.”

How did his first record deal come about?

One of the things I teach my students is how to lie without hurting anybody. I called people I knew at Warner Bros. and told them that Columbia Records was flying us out to talk about signing this young genius, but did they want to take a meeting while I was out here on Columbia’s dime? They said, “Of course!” And then I called Columbia and told them Warner was flying us out, but would they like to meet the young genius? I called A&M and told them the same thing. I leveraged their jealousy of each other, and lo and behold, I had three major appointments made.

You ended up signing with Warner, but at first they weren’t willing to let him produce his first album, correct?

The ink wasn’t dry on the contract when the Warner people said, “Here’s who we want to produce the album.” I brought that to Prince, and he said, “I’d like you to tell them I’ll be producing it myself.” Any other artist, especially a first-time artist, would have had a big fight with me over that — but I believed in him. I’d gone through the process of making new demo tapes over the past three-to-four months, I’d seen him in the studio, and I believed he could do it.

So, I had to go up there [and] tell the powers that be that this 18-year-old kid is producing his own record. The long and the short of it is, they put together a kind of test where they watched him in the studio. Before it was finished, they took me out into the hallway, and they said, “You know what? We believe you.”

It was like you were his first guide to the business side of the music business.

I was his protector, but after that first album, he wasn’t nearly as dependent on me.

He’s one of these guys, he could walk into a recording studio, after a little while, he would have assimilated everything from the recording engineer’s mind — and then he wouldn’t need the engineer anymore. He was always learning.

The greatest thing a manager does is handle this business stuff so the artist is free to be creative. But Prince really wanted to know every aspect of it himself — and he had the intellectual capability to be able to do that. A lot have tried to do that before and since, and failed miserably.

You’ve mentioned ways that your experience with Prince has made its way into your class. What made you want to teach about the music business?

It’s a way for me to give back to the industry. When I started out, the only way for you to learn anything was to get screwed over by other people. I wish I’d had a class like this back then! 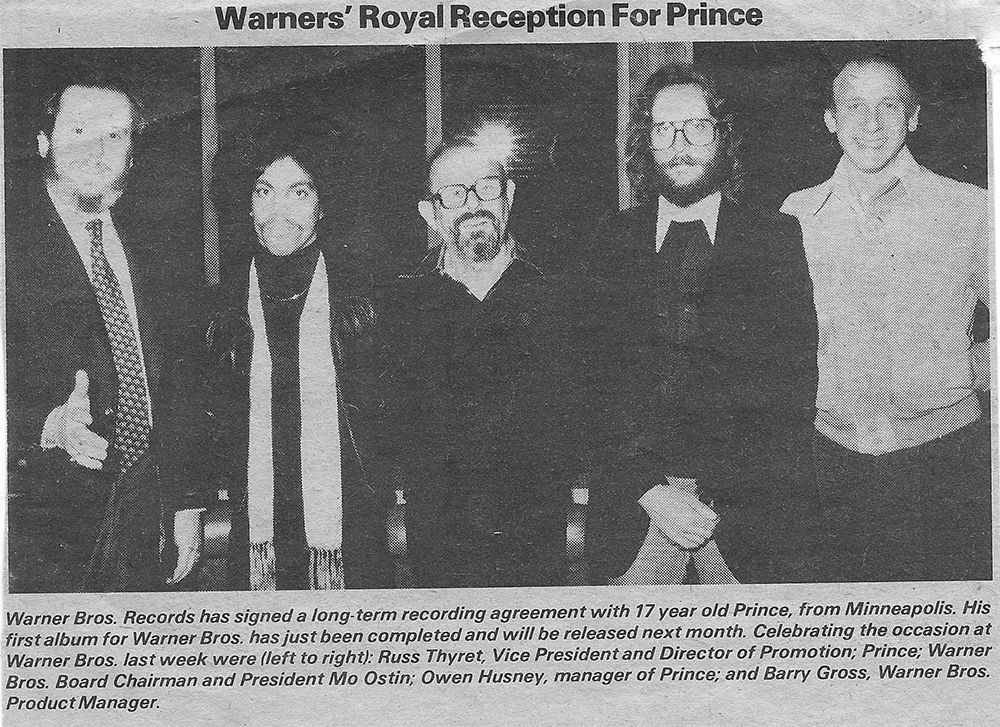 What have been the biggest changes in the industry since Prince signed his first contract? What advice would have now for someone that talented?

About four years ago, somebody knocked on my door with a demo. I really don’t like when people do that, but they left the CD at my doorstep. I put it on, and, oh my God, it was great! This person was the real deal. Even though I was retired, I thought, “I can help this person.” So I called on a few people, and found myself in a meeting with a major-label A-and-R person [artists and repertoire, the people responsible for talent scouting and overseeing the artistic development] who liked the demo.

And then the A-and-R guy says, “We need to know something. Has this artist already sold 60,000 CDs out of their trunk; do they have a following; and have they sold such-and-such amount of merchandise?” I looked at him and said, “Why would I need you if this artist had done all that?”

That’s the biggest difference now: The lack of true artist development. Warner Bros. was willing to take shot on Prince because they believed in him — and he wasn’t playing shows, he was a studio artist. Now, they want a track record.

And of course, there’s the album sales crisis, and streaming just doesn’t pay anything in royalties to artists. Groups are forced to tour to make their money.

What are some of your best memories of working with Prince?

Once we signed that deal, I rented a house in Marin County, and Prince, his friend André Cymone, my then-wife, and I all lived there while he recorded at the Record Plant. I handled the business, my wife and I made him breakfast, we made him lunch. We were a family. Whatever kind of business relationships you have, it’s a lot different when you’re cleaning up his bedroom and doing his laundry! I’m really happy to have been there at the time I was in his career and got to know him in the way that I did.

One moment I talked to CNN about was at one point, actually before he got the record deal, we had some kind of argument, and he walked out of my house in a huff. The next day he called me and asked me to come to his house. I came and knocked on the door, he told me to come in. He was sitting on the kitchen floor playing a song on his guitar. So I sat with him there on the floor, and he played me this song called “So Blue.” It wasn’t about our fight or anything, but whatever our fight was about, it was over and we moved on without saying a word. Those kinds of moments are etched into my brain.