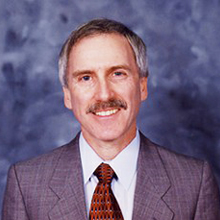 Two days before the drama of fugitive ex-L.A. cop Christopher Dorner came to an end in Big Bear, Calif., L.A. Police Chief Charlie Beck told reporters, “This is an act — and make no mistake about it — of domestic terrorism." Dorner, the target of the largest manhunt in LAPD history, is suspected of killing four people and wounding several others in a 10-day rampage of revenge. But was Dorner really a terrorist, in the same ranks as Oklahoma City bomber Timothy McVeigh and members of al-Qaeda? Or was he, more prosaically, a man gone berserk after being fired from his job? To explore this, UCLA Today’s Judy Lin spoke with Jeffrey Simon, a visiting professor of political science, expert on terrorism and political violence, and author of a new book that will be released Sunday, “Lone Wolf Terrorism: Understanding the Growing Threat” (Prometheus, 2013).
What is a “lone wolf terrorist,” and did Dorner fit that description?
An individual acting alone, using violence or the threat of violence to further a political, social or religious goal — that’s the narrow definition of the lone wolf terrorist. I take a broader view. I believe that even if the person doesn’t have a clear political, social or religious goal, if the effect of his actions is the same — in Dorner's case, all the fear he created in Los Angeles and Big Bear  — makes him a terrorist. Some analysts might say Dorner’s motivation was basically personal. But he did point out (in his manifesto) certain things that he thought were going on in LAPD – racism and corruption. It became national news, and it also created concern in other communities – “Could the same thing happen there?”
How much of a threat are lone wolf terrorists, compared to large-scale terrorist groups?
I see the lone wolf as a very serious threat, in part, because the lone wolf is not accountable to anybody but himself or herself. In groups such as al-Qaeda, you have a group decision-making process going on. Somebody may come up with an idea and it may be shot down. But a lone wolf, if they feel they have the capability to do something, will just do it.
So they think outside the box?
Lone wolves think very creatively and come up with ideas that somebody may not have thought of. Lone wolves committed the Tylenol contamination attack (when seven people were killed in 1982 after ingesting Tylenol capsules laced with potassium cyanide) and the anthrax letter attacks. (Letters containing the deadly spores were mailed in 2001 to two U.S. senators and news media offices, killing five people and infecting 17 others.)
And, like Dorner, they’re prepared to wreak havoc with violence?
Dorner’s case demonstrates how individuals with these violent tendencies can spread fear throughout a community. Because he had been with the police and also in the military (as a U.S. Navy reservist), he had all this training and skills. That’s one of the reasons he was able to elude the authorities for at least a week and why he was so deadly with his force.
A news story about Dorner while he was still on run was headlined,“Could Dorner attack via airplane?” Was that wild speculation?
Actually, a concern about Dorner using an airplane was very legitimate. He could have commandeered a plane and forced somebody to commit an attack. You can imagine all kinds of different scenarios, and sometimes they can sound kind of silly, but many of them wouldn’t be beyond the realm of possibilities; a few years ago, a lone wolf named Joseph Stack got into a plane and crashed it into an IRS office building in Austin, Texas, killing himself and another person. I would not blame the media for exaggerating or inflaming the Dorner situation. We’re living in the social media world, so even if you didn’t have mainstream media covering Dorner, it would be all over the Internet, which we see with the Facebook pages and things along those lines. 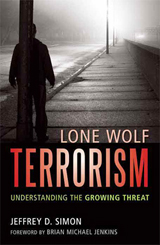 The 18-page manifesto that Dorner published on Facebook outlining his grievances and vowing to kill police officers and their families — is that typical of a lone wolf?
Absolutely. One of the things I found in my research was that lone wolves like to talk. Theodore Kaczynski, the Unabomber (who, between 1978 and 1995, planted and mailed homemade bombs that killed three people and injured 23 others around the country), made a demand that the New York Times and the Washington Post publish his manifesto, which they did. He was finally captured after 17 years when his brother recognized the writing style and the argument, and was able to turn Kaczynski in. We see a lot of manifestos now in the day of the Internet. The thing that you really want to do with all lone wolves, in fact, is entice them to communicate. The more they communicate, the more they give themselves away and the better the chances of apprehending them.
To what extent does mental instability play a part in the lone wolf?
Kaczynski, I think, was diagnosed as paranoid schizophrenic. He couched his motives in political terms, but, really, he was mentally ill and had other issues going on. From reading Dorner’s manifesto, I’m not sure how much of it was depression or things along those lines. But he was definitely a very angry individual. Lone wolves can be very smart and very creative even if they are suffering from mental illness. This kind of individual will usually never make it into a terrorist group. “We’re not going to admit you into our group because you may get us in trouble.” An example is Timothy McVeigh, who was responsible for the Oklahoma City bombing. (In 1995, he killed 168 people and injured more than 800.) His motivation was retaliation for the government raid [of an extremist religious group’s compound] at Waco, Texas. He had approached originally militia groups, but they turned him away because they felt he was too extreme.
Some public sympathy and support emerged for Dorner online, including several Facebook pages with comments like, “a black night for justice.” Is this unusual?
That’s not surprising. It happened in the case of Eric Rudolph, who set a bomb off at the 1996 Olympics in Atlanta and then later bombed abortion clinics. He was on the run for five years. Until he was caught, all kinds of Facebook pages surfaced in support of him, basically as the anti-hero, your basic David-and-Goliath. Anytime you have a lone wolf doing something for some “cause,” they’re going to get supporters all over the place. It doesn’t take much to create a Facebook page and get all sorts of followers and friends.
Do you see anything positive resulting from the Dorner case – changes at the LAPD, for example?
Any kind of terrorist attack, whether it’s a lone wolf or a group, sparks debate about the issues that motivated them. Look at 9/11. Before that, nobody really knew about Bin Laden and al-Qaeda; 9/11 opened up all kinds of debate about policy and things along those lines. Dorner raised questions about what’s going on in LAPD, and there are indications that they’re going to open up an investigation. But that can’t really justify what happened. There were so many people who lost their lives and others who are going to be damaged for the rest of their lives.
Share