Working to upend one of the most stalwart of construction materials, a team of UCLA engineers, scientists and policy experts has advanced to the finals of the $20 million NRG COSIA Carbon XPRIZE by successfully creating a near carbon dioxide-neutral version of concrete.

The international competition, which began in 2015 and is scheduled to conclude in 2020, challenged teams to develop carbon technologies that convert carbon dioxide emissions from power plants and industrial facilities into viable products. The eco-friendly building material, called CO2NCRETE, was developed by the UCLA Carbon Upcycling team and offers similar strengths and functionality as traditional concrete.

Ten finalists have been selected from a field of 27 semifinalists by an independent judging panel of eight international energy, sustainability and carbon dioxide experts. The teams have been awarded an equal share of a $5 million milestone prize.

“As the son and grandson of civil engineers, I have always been fascinated by construction and reaching the XPRIZE finals by doing what I am most passionate about is perfectly aligned with what I value,” said Gaurav Sant, professor of civil and environmental engineering and of materials science in the UCLA Samueli School of Engineering. “The concrete and construction industries are ripe for disruption and the ability to make a positive impact in these sectors, while lessening our carbon dioxide footprint, is a worthy cause for the entire UCLA team.” 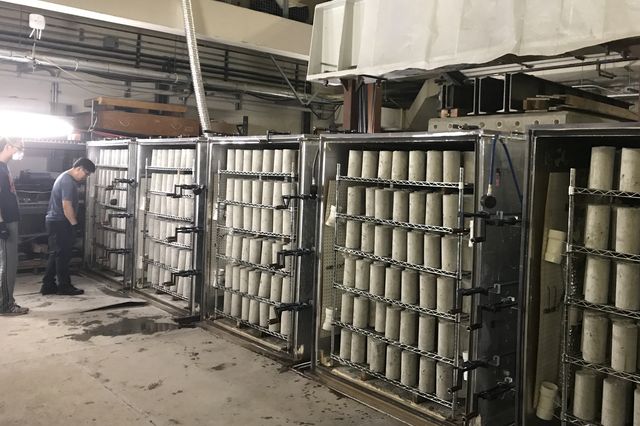 To secure a place in the finals, the UCLA team had to demonstrate that their technology consumed 200 kg of carbon dioxide in 24 hours. During a 10-month period, they were challenged to meet minimum technical requirements and were audited by independent verification partner Southern Research. The team was then evaluated by the judges based on the amount of carbon dioxide converted into CO2NCRETE, as well as the economic value, market size, and carbon dioxide uptake potential of the construction material.

“The competition provides an opportunity for UCLA’s cutting-edge academic research to be applied in the real world,” Sant said. “The performance-based measures of CO2NCRETE have been useful in showing that this effort is not only viable, but scalable. And, of course, the support provided by the Anthony and Jeanne Pritzker Foundation has been foundational to our success.”

Traditional forms of cement are formed from anhydrous calcium silicate, while CO2NCRETE is composed from hydrated lime that is able to absorb carbon dioxide quickly into its composition. As a result, producing CO2NCRETE generates between 50 to 70 percent less carbon dioxide than its traditional counterpart.

The most compelling advantage CO2NCRETE offers when compared to other carbon capture and utilization technologies, Sant said, is that the carbon dioxide stream used in its production does not have to be processed before use. The manufacturing process allows for carbon dioxide borne in the flue gas of power and industrial plants to be captured and converted at its source. This advantage creates a cost-competitive business model that avoids the expense of a carbon dioxide enrichment or treatment facility. 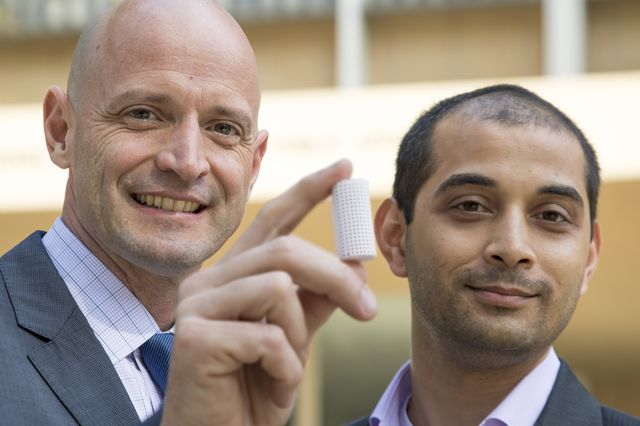 “These teams are showing us amazing examples of carbon conversion and literally reimagining carbon. The diversity of technologies on display is an inspiring vision of a new carbon economy,” said Marcius Extavour, XPRIZE senior director of energy and resources and prize lead. “We are trying to reduce carbon dioxide emissions by converting them into useful materials, and do so in an economically sustainable way.”

In the final and most ambitious stage of the competition, teams must demonstrate carbon dioxide utilization at a scale of two tons per day — a scale that is 10 times greater than the semifinals requirements — at an industrial test site. The UCLA team will compete at the Wyoming Integrated Test Center, a carbon research facility in Gillette, Wyoming, co-located with the Dry Fork Station coal power plant. This final stage of the competition will start in June 2019 and conclude in early 2020.

Sant is also the director of the Institute for Carbon Management at UCLA, which draws on UCLA’s campus-wide expertise to create innovative solutions to the climate change challenge. Launched this spring, the institute is developing advanced technology and market-driven strategies for mitigating the accumulation of carbon dioxide in the atmosphere.