“The United States has a bad jobs problem, and retail jobs are at the heart of it.”

That’s the first line of a new book, “Where Bad Jobs are Better: Retail Jobs Across Countries and Companies,” co-authored by Chris Tilly, professor of urban planning in the UCLA Luskin School of Public Affairs, and published by the Russell Sage Foundation.

But, Tilly argues in the book, it does not need to be the last line for retail employment, especially when compared to the same jobs outside of the United States. There is room to improve, according to Tilly and co-author Françoise Carré, research director at the Center for Social Policy at the University of Massachusetts, Boston.

What is responsible for this perception of the largest — and still growing — employment sector in the nation? Low wages, unstable working hours and flat advancement prospects top the list, as well as high turnover rates for employees and a drop in productivity. The current outlook is worse for women who fill lower-paying, entry-level jobs primarily in food retail as opposed to their male counterparts who fill the vast majority of higher-paying retail positions in management, according to Tilly and Carré. 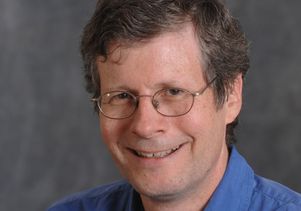 In addition, the authors point out, “It is worth emphasizing here that the evidence is strong that employment in stores is here to stay for a long time to come, in spite of recent predictions of the imminent displacement of store-based retail by online sales.” Their book also touches on a number of current topics, including election-cycle debates on raising the federal minimum wage.

Searching for solutions, the authors started with a comparative “global shopping trip,” in which they made a rigorous study comparing the U.S. retail industry with the same sector in five Western European countries and Mexico. In doing so, they asked what national institutional settings make a difference in job quality and what “room for maneuver” retailers have, by country, to manage for better jobs.

In the richer countries in Western Europe, the authors found more job productivity, better and more regular hours and higher pay than in the United States in comparable jobs. For example, the pay was notably higher in France, and notice of work schedules was markedly better in Germany. The differences in social norms and the role of institutions and regulations in these countries have led to relatively better job quality than in the U.S., according to Tilly and Carré.

“Improving retail jobs does not necessarily mean turning them into unambiguously good jobs; retail jobs in our comparison countries are not terrific, but they are better in significant ways,” the authors report.

Tilly and Carré also assert that the U.S. can choose whether service jobs in retail will be bad or good. “Put in the simplest terms, U.S. bad jobs in retail and other low-wage industries will improve when changes are made in the institutional environment — laws, labor relations structures, and broadly held values — followed by changes in managerial approaches.”

The situation in Mexico, a poorer country when compared to the United States and the other countries studied, can be instructive. The authors note that the economic gap between Mexico and the U.S. might be the determining factor in comparing retail jobs. But, they add, this is only partly true. Using Wal-Mart as an example of a company that dominates retail sectors in both countries, they find that “even this behemoth behaves differently in terms of choice of market segments and labor strategies across countries.” For example, they point out that in the U.S., Wal-Mart is 100 percent non-unionized, whereas in Mexico, it pays higher wages than its competitors and is mostly unionized.

They explain, “Wal-Mart is not the exception to the influence of societal effects around the world, but rather demonstrates that influence. Even Wal-Mart provides better jobs where rules are better.”

The authors demonstrate that, by understanding where and why bad jobs are better, “we can learn how to make them better across the board.”

More about “Where Bad Jobs are Better,” including the complete introduction and a supplemental chapter, may be found online.