When Paul Barber completed his Ph.D. in 1998, his graduate school adviser at UC Berkeley praised his work, half-jokingly took some credit for his success and made a request.

“You owe me,” the adviser said. “As long you do for someone else whatever I did that helped you, I’ll consider the debt repaid.”

Now a UCLA professor of ecology and evolutionary biology, Barber has repaid that debt by putting student mentoring at the center of his career. He’s among five UCLA faculty members from various departments to receive grants in 2015 designed to increase the number of African Americans in doctoral programs and support their trajectory toward academic careers in the arts and sciences. The three-year grants from the UC Office of the President, which have ranged in recent years from $77,000 to just more than $400,000 in total, enable undergraduates from historically black colleges and universities (HBCU) nationwide to conduct research with UC scholars such as Barber.

The grants help to address a gap that exists at many highly ranked institutions across the country. In UC doctoral programs, for example, African Americans averaged fewer than 3 percent of the enrollment from 2009 to 2014.

Barber’s field of marine science is a particular challenge. “People from underserved communities typically have limited exposure to marine environments,” said the Arizona native. “I didn’t grow up near the ocean. I watched Jacques Cousteau documentaries and was fascinated, but I didn’t know that was something real people did.”

Supported by the grant from the UC-HBCU initiative, Barber’s award-winning summer program provides HBCU students with 10 weeks of training as divers conducting research in some of the most amazing marine environments on Earth, like Bali, Indonesia or Mo’orea in French Polynesia. Barber and fellow UCLA faculty Peggy Fong accompany students as they examine how climate change, pollution and overfishing have impacted marine biodiversity.

“Our aim is to give them a unique, life-changing experience that will draw them to do something they might not otherwise have considered,” Barber explained. 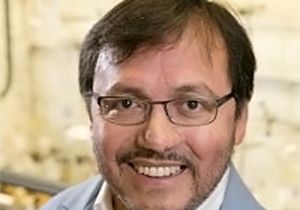 UCLA
Chemistry professor Miguel Garcia-Garibay, a winner of a grant from the UC-HBCU initiative, has made it a priority to cultivate scientists of color.

Extensive follow-up then builds on the foundation laid by the field research. Barber and his colleagues encourage students to publish research papers and present them at national conferences, bona fides that provide an advantage when students apply to Ph.D. programs.

The approach seems to be producing results: 70 percent of students who complete Barber’s program have gone on to graduate studies at universities such as Harvard, Stanford and UC Santa Cruz; three of his former students are now graduate students at UCLA.

Developing the next generation of scientists is also a priority for fellow pathways grant recipient Alexander Hoffmann, a UCLA professor of microbiology, immunology and molecular genetics and director of the Institute for Quantitative and Computational Biosciences. As the volume of data about the structure, function and behavior of human genes in Hoffmann’s field of genomics has increased dramatically, the sheer amount of data collected is outpacing researchers’ ability to analyze it. And that has put those with data-analysis skills in high demand.

The UCLA-HBCU Program in Genomics and Systems Biology, which faculty members Hoffman and Tracy Johnson are running, is designed to position African-American scientists to help fill that need. The eight-week summer program on the Westwood campus includes two weeks of bioinformatic analysis training, followed by placement in laboratories working with actual data sets. The HBCU students will be expected to continue their analyses when they return to their home institutions.

Hoffmann notices that “students have a glow of excitement because they see they can extend the frontiers of knowledge, making contributions no one has made before.” He described a frequent student reaction: “Oh my God! You can do that and get paid for it?”

Johnson, professor of molecular, cell and developmental biology, noted that increased diversity of researchers improves the quality of research.

“In environments where everyone is the same, there is a lot less questioning of our assumptions. When research is done by scientists with different backgrounds, assumptions are questioned and challenged. That makes science better,” Johnson explained.

Henry Burton, an assistant professor of civil and environmental engineering, echoed the practical importance of diversity among academics. He researches how different communities recover from crises, what public policies enhance recovery and how socio-economic status impacts household decision-making during crises. Supported by the UC grant, HBCU students will work with Burton to examine buildings in Los Angeles, assess their structural vulnerabilities to earthquakes and understand post-disaster decision-making. “It is important to have people from various communities at the table,” Burton said. “A diverse group of thinkers approaching a problem will broaden the ideas being considered.”

A native of Trinidad and the first in his family to attend college, Burton wants to provide students with “a sense of what they are capable of and expose them to the fact that people who look like them can contribute to this field and have a meaningful impact on society.”

That goal has also been central to the mission of chemistry professor Miguel Garcia-Garibay. Since coming to UCLA in 1992 as the first Latino in his department, Garcia-Garibay, founder and faculty adviser of the Organization for Cultural Diversity in Science, has prioritized cultivating scientists of color. While some of his students of color have been admitted to top graduate programs, he is still concerned about the low number of African Americans in chemistry and feels he has a “moral responsibility to do something about it.”

Under his training, students from Howard University, Spelman College and Clark Atlanta University will do lab research and get training on applying to graduate school. Like the other grantees, Garcia-Garibay stresses the intellectual benefit of having a diverse body of scientists.

“Different problems may be of interest to people from different communities,” he said, adding that he has learned from experience that “talent is distributed across ethnic populations; it is not limited to one group.”