The UCLA Game Lab, led by professor of design media arts Eddo Stern, is known for its experimental research and creative projects; its dynamic public engagement initiatives like the Game Art Festival at the Hammer Museum; and its inclusive, collaborative and interdisciplinary approach.

This summer, the Game Lab is sending its signature Arcade Backpack — loaded with four games created in the lab by UCLA students, alumni, faculty and artists-in-residence — to London for an exhibition at the Victoria and Albert Museum. “Videogames: Design/Play/Disrupt” opens Sept. 8.

In this excerpted Q&A Stern talked about the exhibition, why a research center should engage the world beyond the university, and the advantages of the “lab” model over the “studio” model for creative practice.

Read the full Q&A with Stern on the UCLA School of the Arts and Architecture website.

What is the Game Lab’s origin story? How did it begin? Who were the original players?

The lab was started in 2009, a year after I arrived at UCLA. My vision for the lab was an experimental creative space that focused on the overlaps between art and games. Initial funding was provided by the School of the Arts and Architecture and the School of Theater, Film and Television. Our dean at the time, Chris Waterman, was very supportive. Professor Steve Mamber, a longtime professor at TFT was an enthusiastic partner and early supporter, and he played an important role in communicating the lab’s independent vision to our colleagues at TFT.

Once we were ready to get rolling, I hired David Elliot as the lab’s manager. We hired Jonathan Cecil, and Peter Lu, as initial game lab researchers tasked with building the lab technically and physically. The four of us spent the first year building out the lab space and infrastructure. And after a year, we “opened our doors” to faculty, and graduate and undergraduate students.

What distinguishes the UCLA Game Lab from gaming programs at other universities?

I would note two central practices that make the UCLA Game Lab a unique laboratory.

First, is the experimental approach to human interactions in the lab. The lab attempts to be non-hierarchical in the sense that all the projects and folks in the lab are regarded as free creative agents and are encouraged to explore their own directions conceptually, technically, politically and artistically. This approach leads to many student-initiated projects and collaborations. The lab goes out of its way to recruit “game skeptics,” people who are not already “in love” with games and the common discourse about games, but who often can bring a new fresh, new perspective. We also strive to promote cultural diversity and a politics of inclusion, generosity and sensitivity. The mix of students brought together in the lab is truly special, as it includes students coming from a vast array of disciplines and fields, but all with an interest in studying game making, game engineering and game theory. Additionally, the interjection of our artists-in-residence, high school interns, visiting scholars and faculty, and the many random weekly visitors to the lab offers many unpredictable opportunities for creative discussions and interactions.

The second practice is the lab’s efforts to challenge and critique the tacitly accepted definitions and production methodologies surrounding games. This open-ended, inherently experimental approach to making and thinking about games leads to many new investigatory approaches to game design, game technology, game aesthetics, game distribution and game scholarship. The results of these experimentations can be seen in the eclecticism, energy and originality of the many game projects created in the lab, as well as in the diversity of the interdisciplinary research output of the lab. 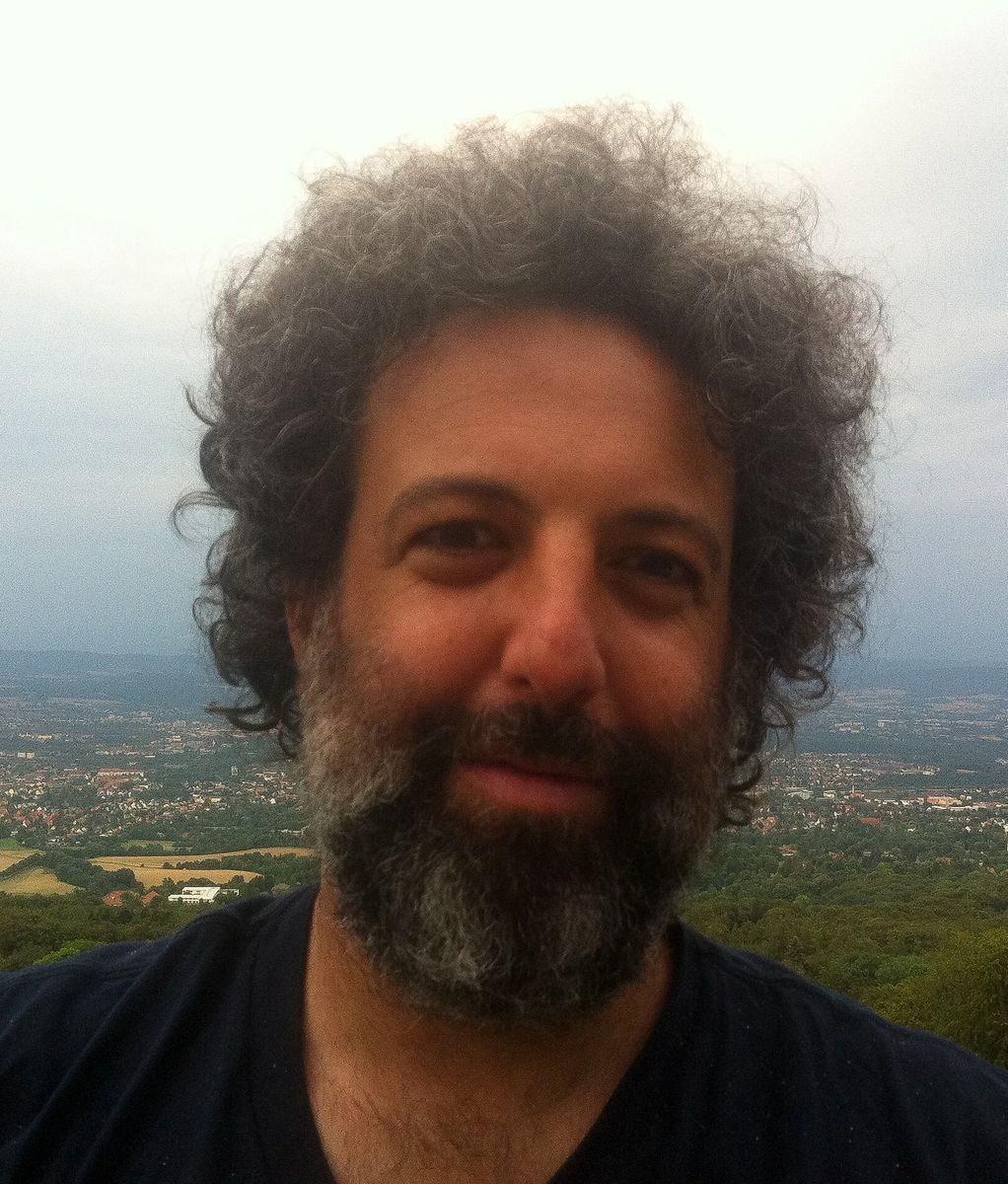 I have always been a strong believer in the “lab” model over the “studio” model for creative practice. Labs are social in nature — and for a multidisciplinary, creative area such as games, the social component is vital. When I was a graduate student at CalArts, I loved working the integrated media lab, which later led me to found the arts and games co-operative C-LEVEL in L.A.’s Chinatown.

I also knew that my particular vision for game-making culture, and what game-making education could be at UCLA, would best be served by building an agile institution to create an alternative model for games and art education, one that focuses on games and game making as non-instrumentalized creative practice. This frame distinguished the lab and its mission and culture from the more common institutions that either prepare students for work in the game industry or focus primarily on social, educational and “serious” games.

The lab is also unique in its devotion to rigorous game making and education from a fine art/media arts perspective. Our lab has a unique focus on exploring how games and game culture integrate and crossbreed with other media such as film, theater, animation, literature, sculpture and installation, hardware engineering, industrial and graphic design, sound art and conceptual art.

How did you link up with the Victoria and Albert Museum for this upcoming exhibition?

They approached the Game Lab to participate in the show. They were already aware of the work done in the lab and one of the curators had previously exhibited the UCLA Game Lab Arcade Backpack as well my work and other work by former game lab members. In general, these days, more and more art and design institutions are beginning to show interest in curating games and game culture as something other than a mass entertainment/technological phenomenon.

Tell us about the works that will be shown in the exhibition.

We were commissioned to create two new versions of the backpack for the show which were designed and built by David Elliott, Steven Amrhein, Eddo Stern, Tyler Stefanich, Alex Rickett and Jen Agosta, with special thanks to Philip Soderlind.

I am excited about the selection of games as they represent a cross section of the diversity and idiosyncrasy of the unique games produced at the lab: “Goldenstern” is autobiographical, dark and whimsical; “Guattari Hero” is an abstract rhizomatic shopping game with incredible sound design. “Ultse Demitrova” is visually compelling and emotionally powerful as a hand-drawn and animated documentary game about death and homelessness. “Horse Game” is painterly and uniquely designed as a two-player experience for the Arcade Backpack moving in real space and time. 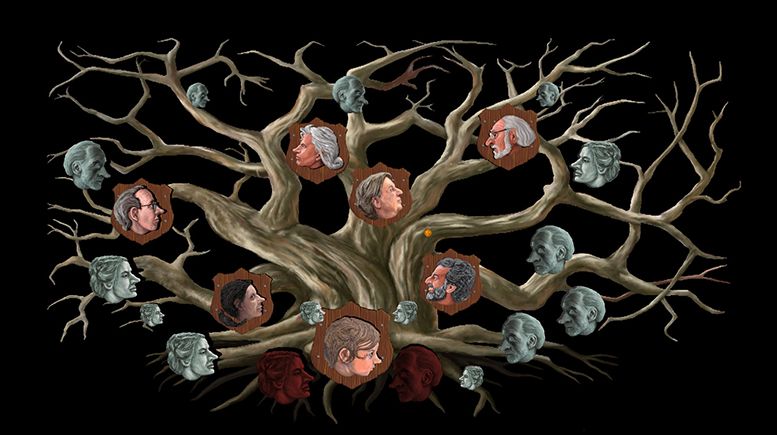 UCLA Arts
“Goldenstern,” by Eddo Stern and Jon Haddock, will be on view at the Victoria and Albert Museum this fall.

The Arcade Backpack is one of the most recognizable games from the UCLA Game Lab. Tell us about how that project came about, how it has developed over time and about any future plans.

The backpack ideas emerged from one the many lunchtime chats in the lab, probably over a bowl of steamed rice. If I remember correctly, David Elliot and Steven Amrhein were throwing around ideas for wearable game interfaces the idea for a mini wearable arcade backpack was thrown out there. When I heard about it, I decided this was something we must build! It sounded exactly like a project the lab needed. We built a few prototypes, and soon after began deploying the backpack to several high-volume gaming events around L.A. and the country, including the biggest game industry conferences E3 [Electronic Entertainment Expo which is held at the L.A. Convention Center] and GDC [the Game Developers Conference at the Moscone Center in San Francisco]. The backpack featured an assortment of game projects made in the lab and functioned like a roaming exhibition of the lab’s game projects. The reaction to the backpack was dramatic and widespread, and we received several requests for instructions and permission to replicate it in various cities and countries. We decided to abide these requests, and developed an open-source maker’s guide and distributed it online.

What’s next for the Game Lab?

We are planning a few new ventures in the area of publishing and re-imagining our yearly Game Art Festival with the Hammer Museum. We also have a new game project in the works with L.A. Metro that we are very excited about!

Recently, I’ve been rethinking on the role of “craft” as an essential component alongside other values that are important such as conceptual rigor, experimentation and expressionism. By “craft” I mean mostly the cultivation of a rigorous technique applied to game design, developing game aesthetics and the programming aspect of games. Currently, I am working with Tyler Stefanich, our lab manager, and other faculty and students to figure out how the lab can nurture the gamemaking craft(s) without replicating the established pipelines used to develop and design games.

Also, more broadly, I am looking to possibly expand the scope and focus of the lab in a more radical way beyond games. I am compelled by the French sociologist Roger Caillois’ ideas about how games fit alongside a broader set of cultural practices. At the moment, the future plan is still under wraps, so I won’t elaborate further, but do stay tuned!