The UCLA California Center for Population Research (CCPR), a campuswide research collaborative for demographic and population research, has received a five-year, $3.4 million population infrastructure grant from the National Institutes of Health.

The internationally respected research center enables UCLA scientists to work together across disciplines to accelerate progress in, and deepen insights gained from, demographic and population research. Founded in 1998, the center has received core funding from the NIH for the last 15 years. This new grant recognizes the center's success and renews this support.

CCPR is one of 21 NIH-funded population infrastructure centers in the United States. Population centers accelerate the pace of demographic research, insure the highest quality research, cultivate multidisciplinary approaches and promote the communication of research findings to the public and policymakers. Population research is the study of human populations, including these populations' characteristics and structures; how they change over time as a result of birth, death, migration and marriage; and their geographic distribution across space.

At the UCLA center, more than 100 faculty researchers and 100 graduate student researchers study issues as diverse as the changing American family; the role of educational opportunities in rising levels of income inequality; reproductive health in the Philippines; the health of Mexicans in Mexico and the United States; the effects of the Great Recession in the late 2000s; the effects of unemployment for subsequent career trajectories and health; and strategies to reduce infant and child mortality in poor countries. In the past five years, CCPR researchers have received more than 350 extramural grants and have produced more than 1,600 publications. 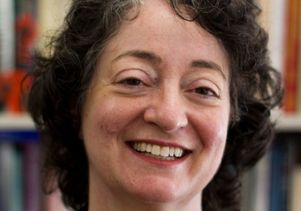 Judith Seltzer, director of the center and professor of sociology

“NIH’s renewed core funding is crucial for further development of CCPR’s highly productive, multidisciplinary research environment,” said Judith Seltzer, CCPR director and professor of sociology. “By combining social science, public health, public affairs, physiological and other perspectives on population issues, we can continue to provide deeper insights into past, current and future changes in the human population, its structure and its composition.”

With NIH funding, CCPR supports affiliated faculty through mechanisms such as a small grants program; a competition for course releases for junior faculty needing to spend more time on their research; dedicated research space; statistical consulting; administrative services; a wide range of seminars, workshops and training events; state-of-the art computing; and regular interaction with affiliated faculty and students from departments and schools throughout UCLA.

To learn more about the center's research, publications, affiliated faculty and more, visit the CPPR website.