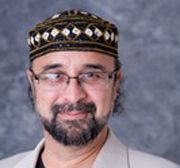 Raúl Hinojosa-Ojeda is an associate professor in the César E. Chávez Department of Chicana and Chicano Studies and an expert on immigration. A political scientist with a background in economics and anthropology, Hinojosa-Ojeda can speak on a variety of immigration-related subjects including trade, investment and migration relations between the United States, Mexico, Latin America and the Pacific Rim, as well as international political economy and the labor market for Latinos in the United States.

Hinojosa-Ojeda is also a member of the UCLA International Institute.

Hinojosa-Ojeda is available to do interviews in Spanish.