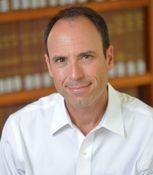 Adam Winkler is a professor in the UCLA School of Law and a specialist in American constitutional law. His scholarship focuses on the Second Amendment and gun control, the right to vote, freedom of speech, affirmative action, judicial independence, same-sex marriage, constitutional interpretation, corporate social responsibility, international economic sanctions and campaign finance law.

Winkler’s work has been cited by the U.S. Supreme Court and his op-eds and commentary have been featured in the Los Angeles Times, The New York Times, the New Republic and the Atlantic. He has been quoted often as an expert on gun control and the Second Amendment in connection with mass shootings and school shootings.