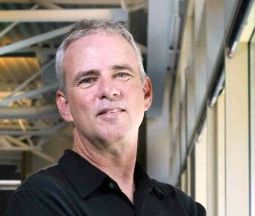 Glen MacDonald is the John Muir Memorial Endowed Chair in Geography at UCLA and an international authority on climate change, its causes and its environmental and societal impacts. A particular focus of MacDonald’s work has been on water resources in western North America and the global semi-arid regions. MacDonald is an expert on how drought affects the environment, and the management of increasingly limited water resources.

MacDonald is known for work on arctic climate change and on the concept of the “perfect drought.” He also conducts research on the impact of rising sea levels on California coastal marshes. MacDonald is a member of the UCLA Institute of the Environment and Sustainability and he also holds an appointment in the department of ecology and evolutionary biology.

He is working on a book and documentary exploring the potential impact of climate change, particularly in areas where mega-droughts have led to serious political and economic destabilization and where they could do so in the future, including Central America, Egypt, Syria and the border region of India and Pakistan. MacDonald is a fellow of the American Association for the Advancement of Science.