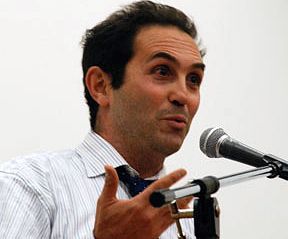 Saree Makdisi, professor of English and comparative literature, is an expert on British literature and imperial culture who has also written extensively on politics in the Middle East and the Israeli-Palestinian conflict. He is the author of "Palestine Inside Out: An Everyday Occupation."

Makdisi is an expert on the 20th- and 21st-century consequences of 18th- and 19th-century imperialism.