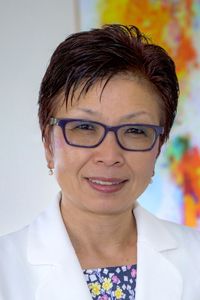 Fan has studied how rural migrants and members of their families straddle the city and countryside as well as the social and economic consequences of such a strategy.

As the vice provost for international studies and global engagement, Fan is UCLA’s senior international officer (SIO) and oversees the UCLA International Institute and its 30 interdisciplinary centers and degree programs. Fan’s research has focused on population policy, labor migration, marriage migration, regional development, spatial and social inequality, gender and cities in China. In recognition of her scholarly work as a geographer, Vice Provost Fan received an honorary Doctor of Laws from the University of Bristol (UK) in July 2019.