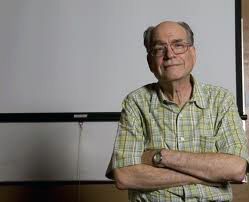 Vincent Brook is a lecturer at the UCLA School of Theater, Film and Television who has worked as a film editor and screenwriter. He is an expert on film and television history and also on Jewish history in Hollywood. Brook’s published books include “Something Ain’t Kosher Here: The Rise of the ‘Jewish’ Sitcom” and “Driven to Darkness: Jewish Èmigrè Directors and the Rise of Film Noir.”