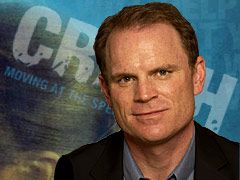 Tom Nunan is a lecturer in the department of film, television and digital media in the UCLA School of Theater, Film and Television and the founder of Bull’s Eye Entertainment, a mid-sized independent film and television production company. As a partner in Bull’s Eye and a former network television executive, Nunan is an authority on a wide array of subjects in the entertainment industry, from how TV networks create schedules and the business of Hollywood to film production and media management.

Nunan was one the producers of the Oscar-winning film, “Crash.”