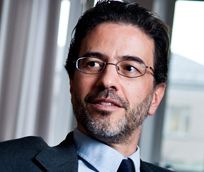 Daniel Treisman is a professor of political science in the UCLA College and an expert on Russian politics, economics and government, as well as on authoritarian states, how states transition to democracy and political corruption. He teaches about the political and economic systems of Eastern Europe and the political economy of reform.

Treisman is the author of “The Return: Russia’s Journey from Gorbachev to Medvedev” (2011) and “After the Deluge: Regional Crises and Political Consolidation in Russia” (1999) and the editor of “The New Autocracy: Information, Politics, and Policy in Putin's Russia” (2018).

He has been the director of the Russia Political Insight project, an international collaboration funded by the Carnegie Corporation of New York to investigate political decisionmaking in Putin’s Russia, and has worked with a USAID team advising Russia’s finance ministry on tax reform.