Anyone who has driven through the Sepulveda Pass during rush hour knows that traffic on Interstate 405 can be a nightmare. Still, it’s not as bad as it was made to seem in an altered photo that’s making the rounds on Facebook.

The image shows 19 (!) lanes of bumper-to-bumper traffic snaking along the freeway just north of the Getty Center, about 3 miles from the UCLA campus. And when an Associated Press reporter decided to fact-check the photo, she turned to Brian Taylor, director of the UCLA Institute of Transportation Studies.

Not only did Taylor have the insight necessary to debunk the altered photo, but he even had a recent picture of the real 405 to prove it. 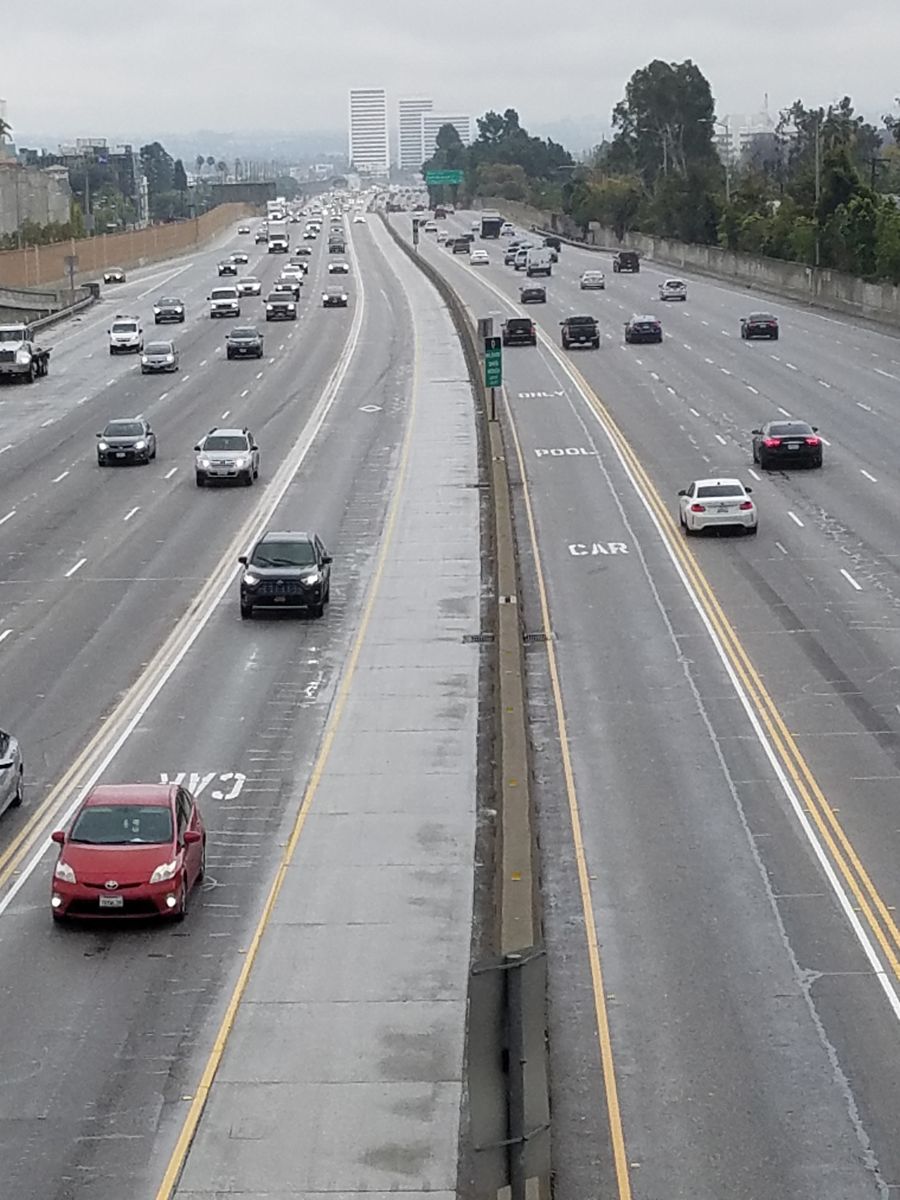 The photo by Taylor, taken in approximately the same location (although looking southbound, the opposite direction) offers proof that there are not 19 lanes in that stretch of freeway, but 12 — including carpool lanes in each direction that were added in 2011 and 2012 during the infamous “Carmageddon” project.

In its story about the picture, the AP provides a link to the original photograph that had been doctored to produce the viral fake, saying it appears to have been captured in 1998. It shows five lanes of traffic in each direction, with far fewer cars.

Taylor, a professor of urban planning and public policy at the UCLA Luskin School of Public Affairs, wrote to the AP reporter that the false image “has been bouncing around for years.”

“It’s a bit of obvious hyperbole to (I assume) make a point about continually widening freeways to address growing traffic levels,” Taylor wrote. “The idea that someone would take this seriously is, well, alarming.”

Thanks to the AP and Taylor, Facebook has now added a notification that the photo has been altered.