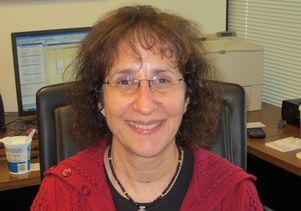 A few minutes of counseling in a primary care setting could go a long way toward steering people away from risky drug use — and possibly full-fledged addiction, a UCLA-led study suggests.

People who participated in the Quit Using Drugs Intervention Trial, or Project QUIT, which was a randomized controlled trial conducted in medical clinics, reduced their risky drug use by one-third when primary care doctors and health coaches provided them with brief interventions during a routine visit and follow-up phone calls, said Dr. Lillian Gelberg, lead investigator and professor of family medicine at the David Geffen School of Medicine at UCLA.

Risky drug use is defined as the casual, frequent or binge use of illicit drugs such as cocaine, heroin and methamphetamine, or the misuse of prescription medications, without showing physiological or psychological signs of addiction. There are an estimated 68 million such drug users in the United States. These people are at risk not only for becoming addicts, but suffering attendant physical, mental health and social problems.

The study, published today in the peer-reviewed journal Addiction, is the first to demonstrate that a brief intervention led by a primary care physician can significantly reduce risky drug use among patients.

“Risky drug use is a very important health problem because it can develop into drug addiction, which is a chronic relapsing brain disease with permanent effects and that is more costly to treat,” said Gelberg, who is also professor of public health at the UCLA Fielding School of Public Health. “It is important to reduce risky drug use before it becomes a chronic brain disease, at a time when patients may still have the power to do so.”

The study subjects were randomly assigned to one of two groups: 171 in the intervention group and 163 who served as controls. The clinics serve low-income communities with high rates of drug use.

Intervention group participants received brief face-to-face advice from their primary care provider during their visits, a drug health education booklet with a card to report their drug use, and watched a two-minute “video doctor” reinforcing the clinician’s message. During the brief advice, which typically lasted three to four minutes with only three lasting 10 minutes, the primary care provider discussed drug addiction as a chronic brain disease, the need to reduce or quit using drugs in order to avoid addiction, the physical and mental effects of drug use, and how use of multiple drugs can accelerate the progression toward addiction. They also received one or two 20- to 30-minute follow up telephone coaching sessions two and six weeks later.

After three months, intervention group participants reported that they used their favored drug an average of 3.5 fewer days in the previous month compared to control group participants. This was a 33 percent reduction in their drug use.

The study has some limitations. The results are based on participants’ self-reporting, so the study may suffer from reporting bias. However, researchers found that based on urine testing, under-reporting of drug use was low. Additional limitations: not everyone in the clinic waiting rooms agreed to participate, which could impact the study’s generalizability; there was some attrition during the study, though the 75 percent participation rate at follow-up compares to other studies of low income patients and drug use; and the three month follow up was relatively short.

There is a need for larger trials to gauge the QUIT program’s effectiveness, but based on these findings the project appears to have the potential to fill an important gap in care for patients who use drugs, particularly in low-income communities, Gelberg said.

“In the U.S., the recent expansion of health care coverage through the Affordable Care Act and the Mental Health Parity and Addiction Equity Act has broadened behavioral health coverage to some 62 million people, providing multiple opportunities for brief intervention programs for risky drug use in community health centers and other primary care settings,” she said.