This week, five UCLA School of Law faculty members submitted an amicus brief to the U.S. Court of Appeals for the District of Columbia Circuit challenging the Trump administration’s rollback of federal vehicle pollution and fuel economy standards.

The brief was written by UCLA environmental law experts Cara Horowitz, Julia Stein, Benjamin Harris, Beth Kent and Siyi Shen. It was filed on behalf of Sen. Tom Carper, chairman of the Senate Environment and Public Works Committee, and Rep. Frank Pallone Jr., chairman of the House Committee on Energy and Commerce.

Cara Horowitz is co-executive director of the Emmett Institute on Climate Change and the Environment at UCLA Law. Here, she discusses why she and her colleagues filed the brief, and how new federal leadership on vehicle pollution will help California and other states meet their ambitious climate goals.

Why are car pollution standards important?

The standards also control and reduce traditional air pollutants, like smog and particulate matter, that cause serious health problems such as asthma and heart attacks, and that disproportionately affect Black and Latino communities.

Cleaning up cars is one of the most important actions we can take to both tackle climate change and improve the health of communities around the country by improving air quality. But the Trump administration weakened car standards essentially to the point of irrelevance.

What does your brief say about the standards issued by the Trump administration?

Our brief points out the ways that the weakened standards violate the Clean Air Act and the Energy Policy and Conservation Act, the two statutes at issue. The brief was submitted on behalf of members of Congress who understand and helped to shape those two laws. The brief also shows that far stronger standards are totally practicable, both economically and technologically.

And finally, our brief points out many irregularities in the process that led to this weakened regulation. One of our clients, Senator Tom Carper, said last year that this rulemaking was the product of the “most procedurally problematic process [his] office has ever reviewed.”

How do you expect the new administration to approach this litigation, and the regulation of auto pollution more broadly?

The Biden–Harris administration is making a radical tonal shift in the area of environmental protection — and a radical legal shift. On his first day in office, President Biden signed an executive order directing agency heads to reconsider many Trump administration environmental rollbacks, including the weakened car standards being litigated here.

So one way or another, it’s a very good bet that these standards won’t endure, and will instead be replaced by meaningful regulation that takes advantage of all of the progress industry has made in recent years to create cleaner cars. 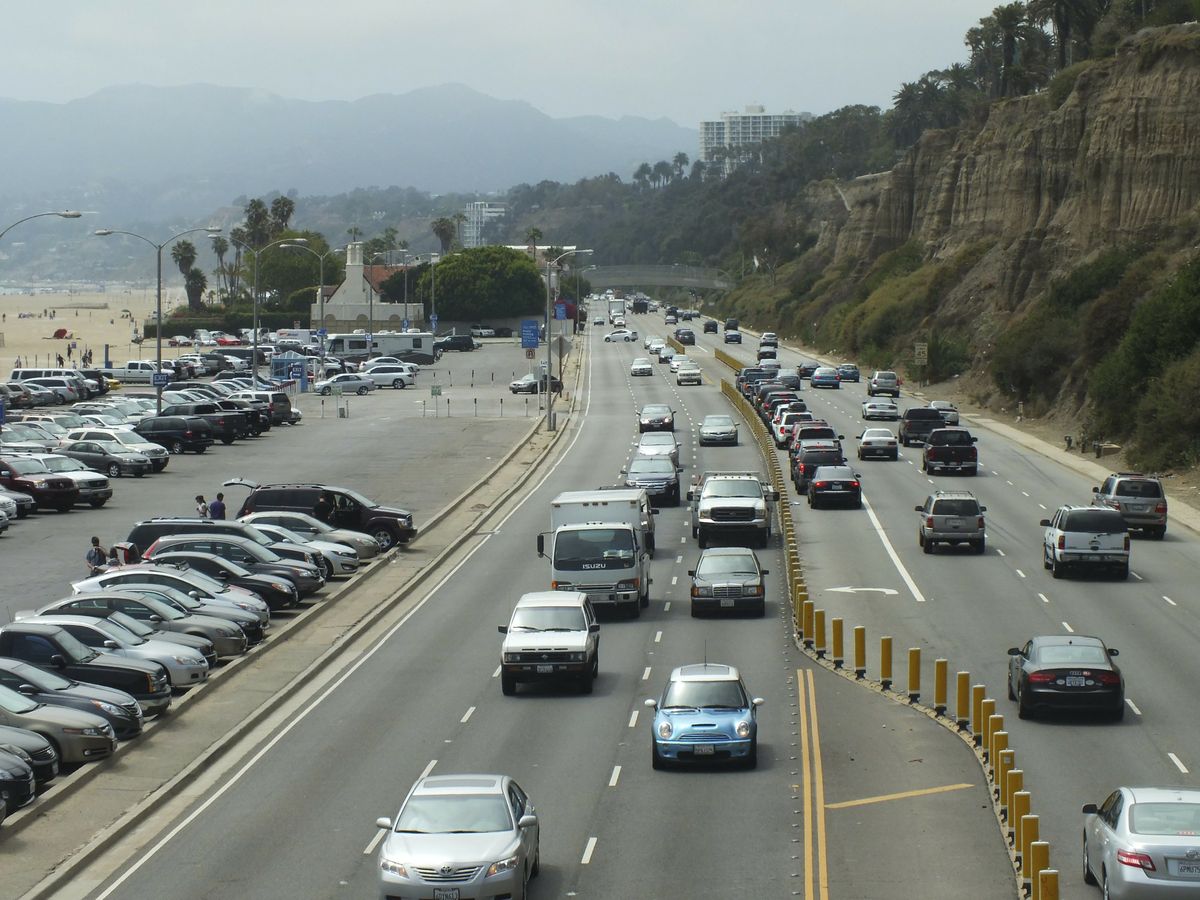 Geoff/Flickr
Traffic on Pacific Coast Highway in Santa Monica. Horowitz notes that California has pushed the envelope on car standards using its unique authority under the Clean Air Act.

Ultimately, under the new administration, I expect to see a broad range of approaches that support, fund and create standards for cleaner transportation, including electric vehicles and cleaner freight vehicles. These shifts will help states like California meet their clean air and climate goals.

Many of California’s auto pollution rules have eventually been adopted at the federal level. Do you expect that dynamic to continue?

California was the birthplace of greenhouse gas emissions standards for cars. State Sen. Fran Pavley first enshrined them into state law almost 20 years ago, and those standards formed the basis of federal law. Since then, California has continued to push the envelope on car standards, using its unique authority under the Clean Air Act to do so.

Though that authority was revoked under Trump, I fully expect that it will be restored soon and that California regulators will keep leading the way, now in full partnership with the federal agencies.

In addition, several Californians with a keen understanding of climate change law and policy will be taking on new roles in the federal government. Ann Carlson, the Emmett Institute’s faculty co-director, is taking a leave from her position to serve as chief counsel for the National Highway Transportation Safety Administration, a federal agency that together with EPA shapes auto emissions standards.