This month, UCLA will announce the fundraising total for the Centennial Campaign for UCLA, which concluded on December 31. What is already known is that the campus surpassed the campaign’s original $4.2 billion goal 18 months ahead of schedule, and that donors across the nation and around the world contributed to its extraordinary success.

In an interview for UCLA Newsroom, Rhea Turteltaub, UCLA’s vice chancellor for external affairs, discusses the factors that made the campaign take off, the work still to be done and why the broad support is cause for even more optimism about the campus’s future.

When the campaign was launched, one goal was to secure UCLA’s future ability to deliver innovative teaching, groundbreaking research and service to advance the public good. Beyond surpassing the fundraising goal, did UCLA meet that objective?

Absolutely. When I think about the kinds of things people have invested in, whether it’s our students, our faculty or the research enterprise, the extraordinary success of the campaign has enabled each of those areas to thrive.

It also allows UCLA to deepen our commitment to Los Angeles, and the ways we can work toward solutions for the greater good. You see that in campaign gifts that enabled us to establish the Promise Institute for Human Rights, in programs focused on entertainment, technology, and foster youth, for example, and in our Sustainable LA and Depression Grand Challenges, all of which shows how leaders throughout our community see UCLA as a resource for solving some of those problems.

What were the biggest surprises of the campaign?

One was the rise in online giving, which we barely had in prior campaigns. The tools and technology we have today to build community and to build our philanthropic family are so much more robust. They allow us to build momentum and to tell our story more broadly. 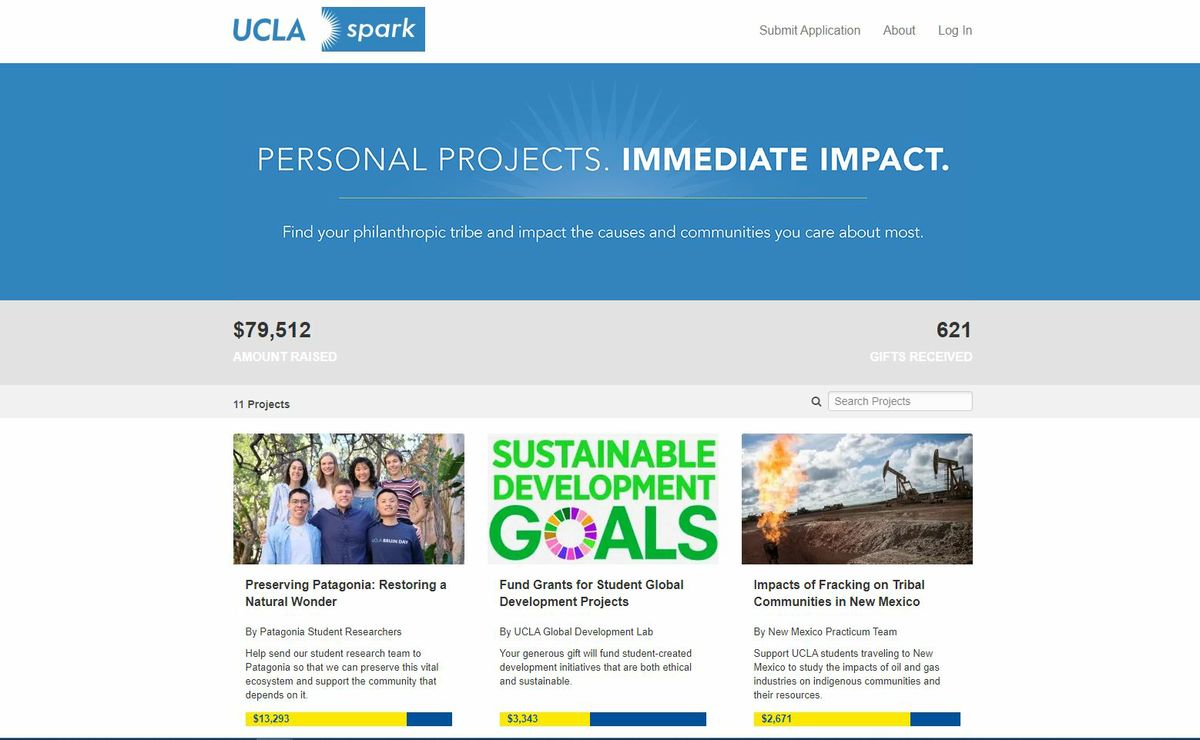 UCLA
The rise in online giving, including through the UCLA Spark website, was one factor that built momentum for the campaign.

Among the other very positive developments were gifts like the one from alumnus Matthew Harris and his wife, Jennifer, to create the Bedari Kindness Institute. It was just a beautiful expression of their recognition that UCLA is a place that has the resources to do research that is sorely in need in our world today, and that we can address it in a multidisciplinary way — in psychology, neuroscience, anthropology and more. The creation of the institute generated a worldwide reaction and inspired other donors. Last month, we received a million-dollar check from a donor in Orange County who wasn’t previously affiliated with UCLA but was moved by the promise of that research.

Do we expect to continue fundraising at the same level even after the campaign?

It certainly will be our goal to do so. Each of our two previous campaigns moved the level of annual support significantly. But it’s the period after those campaigns during which giving levels have grown even more.

Campaigns are designed not only to address current needs and anticipated future needs, but to build our institutional family. There is a huge pool of people who are supporting the university. Our responsibility is to steward their gifts in such a way that their trust continues to grow and they want to further invest in UCLA and to partner with us in accomplishing big things.

Attending UCLA is just one of many reasons people choose to support the university. We have legions of arts patrons, health care patients, athletics fans, UCLA Extension students and people who are motivated by the research we do. That’s the community that allows us to think that as long as we invest in expanding UCLA’s culture of giving, we can continue to grow what we do for the public good and for our campus.

Student support was one of the campaign’s key priorities. Will it continue to be a fundraising priority for UCLA?

Generating funds for student support will be an ongoing priority, continuing well beyond the campaign. The need is great. Our commitment to student support is unwavering. And we will build that much more energy and enthusiasm around it.

Also, when we talk about student support, especially going forward, we’re not just talking about scholarship funds, or about tuition support. We’re talking about how we can eliminate financial limitations so that students can take full advantage of study abroad, internship or research opportunities that advance their academic and career goals. And supporting mental health resources, to address food insecurity and housing insecurity. We’re talking about the holistic student experience, and that will be a big focus going forward.

Another key goal that the campaign achieved was significantly bolstering UCLA’s endowment. Some might ask why those funds aren’t immediately being spent for current needs.

First and foremost, the endowment spins off an annual income stream that’s available for the beneficiary’s use. A scholarship endowment will produce for students today, tomorrow, 50 years from now — in perpetuity.

And the health of the university depends in part on our capacity to endure downturns in the economy and downturns in state support. That’s wholly dependent upon having a financial base that gives us the confidence to take not just steps, but leaps forward in the work that our students, faculty and leadership want to pursue. 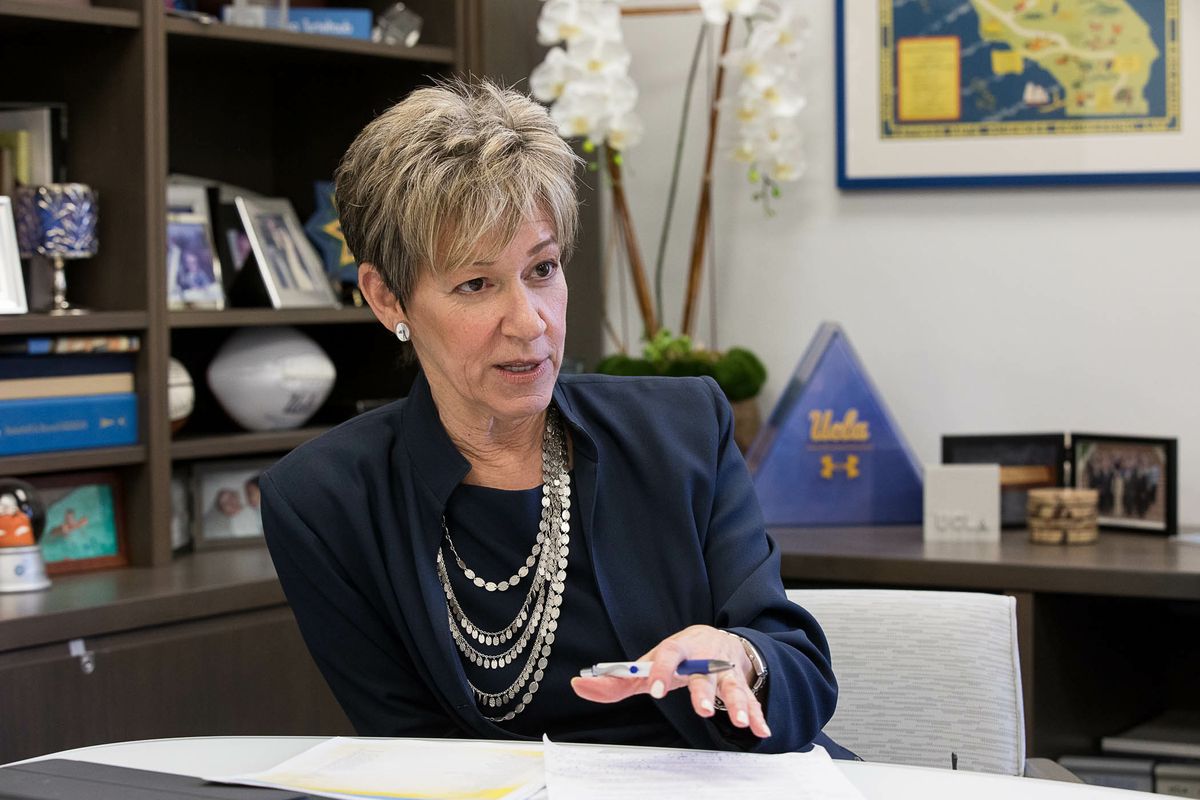 Reed Hutchinson/UCLA
Turteltaub says the campaign gave the campus a unique opportunity to tap into the excitement and pride around the UCLA’s centennial.

Who at UCLA decides how the donated funds are distributed, and how are those decisions made?

The vast majority of gifts we receive are designated for very specific purposes, so they’re distributed according to the designation agreed upon by the donor and the university.

We entered the campaign with a series of priorities developed by our deans and campus leadership, and it was that set of priorities we asked our donor communities to support. Our goal is always to find those donors who have a passion and an interest in those particular areas and match their passion with our needs. So our aspirations, as a university, drive where the funding conversations go.

What will the unique legacy be of the Centennial Campaign?

UCLA’s centennial is a magical milestone. And we seized this unique opportunity to engage in a conversation about UCLA’s role in the world and in our city.

Chancellor Block has been traveling the world this year, engaging with alumni from Asia and Europe, and he’s going to Mexico next. There are people all over the globe who call UCLA their own, and they have all come forward to help celebrate this moment. Our campaign co-chair, Tony Pritzker, always says, “This is a world-class university, and our Centennial Campaign is about ensuring that we stay a world-class university.” But it comes as a surprise to many that UCLA is just 100 years young.

The campaign officially launched in 2014, but in fact more than $1 billion was raised for the campaign in the few years before then. What was the purpose of that pre-launch phase?

That’s a very common strategy in fundraising. You do it partly to pressure test ideas with a smaller group of donors — to gauge their interest in your initiatives. But the simple answer is that it’s all about building momentum. You want to generate enough support that when you go public, the donors you’re targeting want to join a winning team. 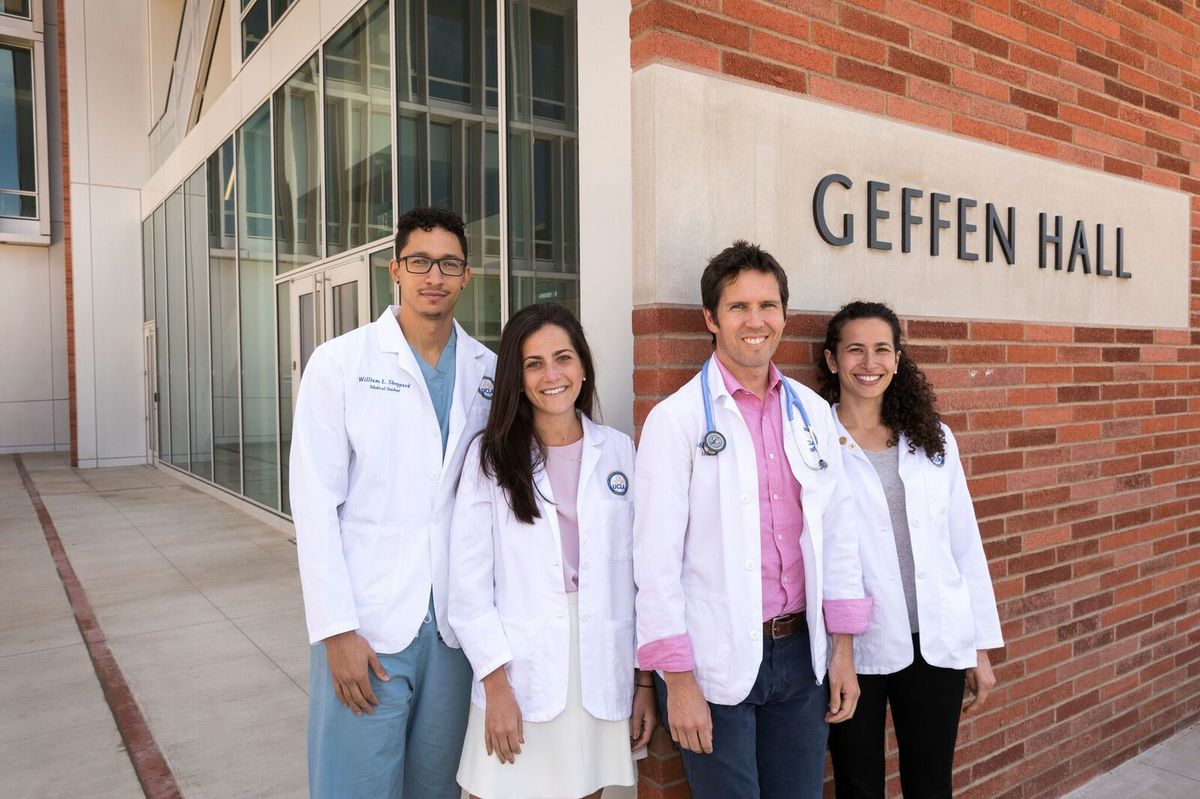 You’ve been at UCLA since 1994, through two incredibly successful campaigns. What new insights did you gain from the Centennial Campaign specifically?

It’s a much more competitive landscape now, so I’ve learned that our narrative about why UCLA is worthy of philanthropic support is all the more important. We launched the campaign with some of the finest storytelling and emotional, inspirational and aspirational experiences, and that put a stake in the ground to say, “UCLA is worth not only your attention, but also your investment.”

I also have really been taken by the level of reinvestment in this university by some of our largest donors. David Geffen began giving to this university decades ago. During this campaign, his reinvestments in student support for medical students have been extraordinary, as was his remarkable gift to launch the Geffen Academy at UCLA for students in grades six through 12. And there’s the Anderson family: John Anderson made a milestone commitment to the Anderson School during our first campaign, in the 1980s, and his family has continued to give. After he passed away, his wife, Marion Anderson, made a $100 million gift after we launched the campaign. The family came back and made yet another gift after she passed.

We’ve also been the beneficiaries of extraordinary reinvestments by the Samueli, Wasserman, Pritzker and Luskin families, people who have given at the highest levels and continue to give over decades. Their confidence in UCLA not only speaks volumes about their belief in the institution, but it’s what gives me optimism for the future.

So, why do we believe that we’re going to raise more coming out of this campaign? Because we have built a community of donors that’s even bigger than it was when we started.