Pyramids, pharaohs and ancient Egyptian gods have entranced many, but it’s time we stopped romanticizing the trappings of authoritarianism, according to UCLA’s Kara Cooney.

Cooney is a UCLA professor of Egyptology and archaeology and already a bestselling author (“The Woman Who Would Be King,” 2014, and “When Women Ruled the World,” 2019). In her latest book, she admits that her fascination with ancient Egypt has soured — so much so that she now describes herself as a “recovering Egyptologist.” The uncritical admiration of the pharaohs that has continued to the present day, she writes, is a legacy of the ancient rulers’ efforts to manipulate how they were perceived, and has even served as a narrative and cultural foundation propping up modern authoritarianism.

“How many of us have had deep obsessions with the ancient world — I just love Egyptian temples! I adore Greek mythology! — that are really symptoms of an ongoing addiction to male power that we just can’t kick?” Cooney writes.

“The Good Kings: Absolute Power in Ancient Egypt and the Modern World,” published by National Geographic, draws direct parallels between the rulers of 3,000 years ago and modern tyrants. In it, Cooney describes how the pharaohs created a compelling moral argument for power that continues to mislead people today, and which is linked directly to the current rise of authoritarianism.

Cooney explores the pitfalls of patriarchal systems that harm women and men alike, and she convincingly argues that society is duplicating the historical patterns that have repeatedly led to power collapses. Only this time, she notes, climate change has altered the rules of recovery.

Cooney is chair of UCLA’s Department of Near Eastern Languages and Cultures. In an interview with UCLA Newsroom, she talks about what lessons ancient Egyptian narratives might offer in light of the societal and social challenges the world faces in 2021.

Why are the pharaohs of ancient Egypt still so relevant thousands of years later?

Pharaohs open themselves up to social justice discussions. The hard thing is that the pharaohs were arguably the best ever at presenting an authoritarian regime as good and pure and moral. That’s the underlying idea that needs to be popped first, because we still buy into it today. Concepts of patriarchal society, extraction of natural resources for profit, exploitation, overwork, misogyny and more all came pouring out of the Egyptian narrative. 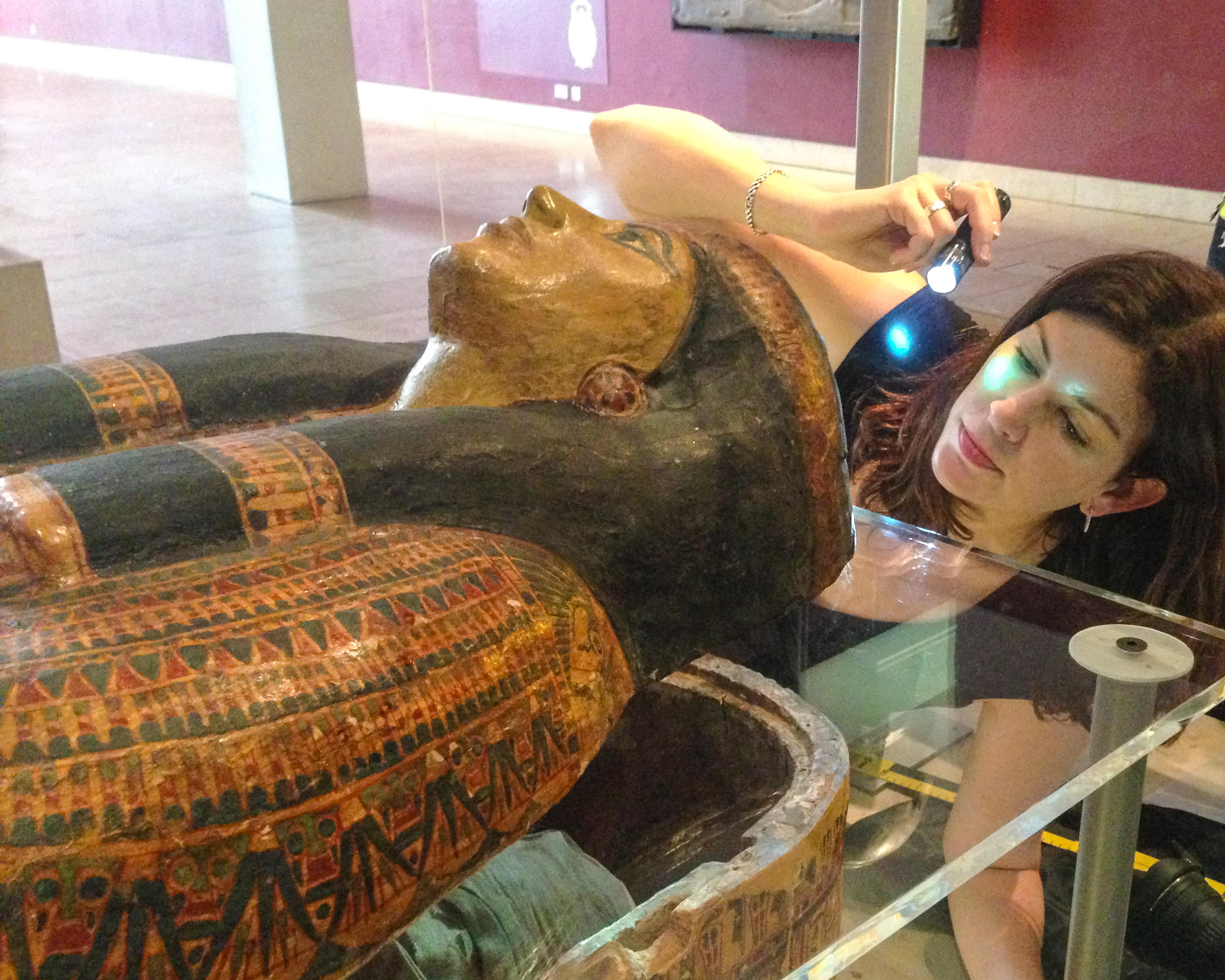 Courtesy of Kara Cooney
Kara Cooney at work. “Pharaohs were arguably the best ever at presenting an authoritarian regime as good and pure and moral. That’s the underlying idea that needs to be popped first, because we still buy into it today.”

We’re still living in those narratives. We may tell ourselves we’re too smart to be fooled, but the idea of modern exceptionalism is a fake-out. We’re still just as prone to the fears of an early death or a lack of prosperity. We’re just as superstitious and god fearing.

All those vulnerabilities make us very, very easy marks for authoritarian regimes if we don’t think critically and understand the tools they are wielding over us.

What do you hope people take away from the book?

I wanted to give readers a playbook, in a sense, for what could come next from a historian’s perspective, and why the patriarchy is not the only way of running a system. The patriarchy is destroying itself. It’s happening. And we need to be there, anti-patriarchically, to rebuild something that better protects us all from the abuses of power.

You write that you see signs that the patriarchy is leading society toward a collapse, repeating a pattern that has occurred throughout history. But you also note that climate change will interrupt the cycle in a big way. What can we learn about what comes next by studying the rise and fall of ancient Egyptian regimes?

The patriarchy rises and falls in cycles, collapsing and rebuilding. But the thing that’s haunting authoritarian regimes now is that the Earth is not allowing that cycle anymore. The Earth is not allowing the ongoing extractive, consumptive, unequal hoarding that defines those regimes, because it’s unsustainable, and that unsustainability is now the undoing of the patriarchy.

We’ve had smaller-scale climate change for thousands of years; think of cities wiped away by deforestation that led to mudslides. The difference now is the scale. Now it’s global. The patriarchy sows the seeds for its own destruction again and again before coming back in a vicious cycle, but the difference this time is global climate change threatens to make this the final cycle.

I’m not a soothsayer, but from my 10,000-year view of history, I see two paths. It could be more patriarchy for another 500 years until the planet is truly dead, and then that’s it; that’s the end of the story. But I think we will flirt with patriarchy and mess with it for another 200-some years, and then we will find our way through to something sustainable and different.