UCLA has tapped alumna Elizabeth Gonzalez, a longtime expert on equity and student success in higher education, as its inaugural Hispanic-Serving Institution director in the Chancellor’s Office as the campus ramps up its efforts to apply for and receive recognition as an HSI from the U.S. Department of Education.

As an HSI, UCLA would be eligible for a range of federal grants to bolster educational programs, research training and academic attainment for Latino, low-income and other underrepresented students. These would include, for example, research opportunities through the National Science Foundation specifically designed for HSI students, and programs designed to encourage postgraduate study.

Gonzalez, who has spent more than a decade helping institutions of higher learning close equity gaps, has designed and implemented federal Hispanic-Serving Institution programs at UC Santa Cruz, San Jose City College and San Diego City College. She received her bachelor’s degree in psychology and education studies from UCLA and holds a master’s and doctorate in psychology from UC Santa Cruz.

“I’m an action-oriented person, and what excites me is that there’s a lot of creativity and innovation at the time we design and begin to implement these initiatives,” Gonzalez said. “Things aren’t yet set in stone, and there’s an opportunity to craft something that’s unique to UCLA’s identity.”

For UCLA to be designated an HSI, 25% of its students must identify as Latino and 35% of all undergraduates must be Pell Grant recipients. Currently, approximately 21% of UCLA undergraduates are Latino. The UCLA report emphasizes that HSI certification is not just about reaching enrollment goals — it requires sustained efforts to ensure that students are successful from the start of their UCLA careers through graduation and beyond.

To that end, the task force’s recommendations include directing staff efforts and resources toward improving admission, yield and retention rates for Latino students and making UCLA a more affordable option for Latinos and those from low-income backgrounds. The university has also committed to adding more faculty members and postdoctoral scholars whose work has ties to Latino experiences.

While UCLA currently has one of the highest completion rates in the UC system, task force members say an HSI designation will help further improve equity by fostering student-centered initiatives that provide support for Latino, low-income and first-generation students, enabling them to earn their degrees in a timely fashion and opening up new pathways to graduate and professional schools. 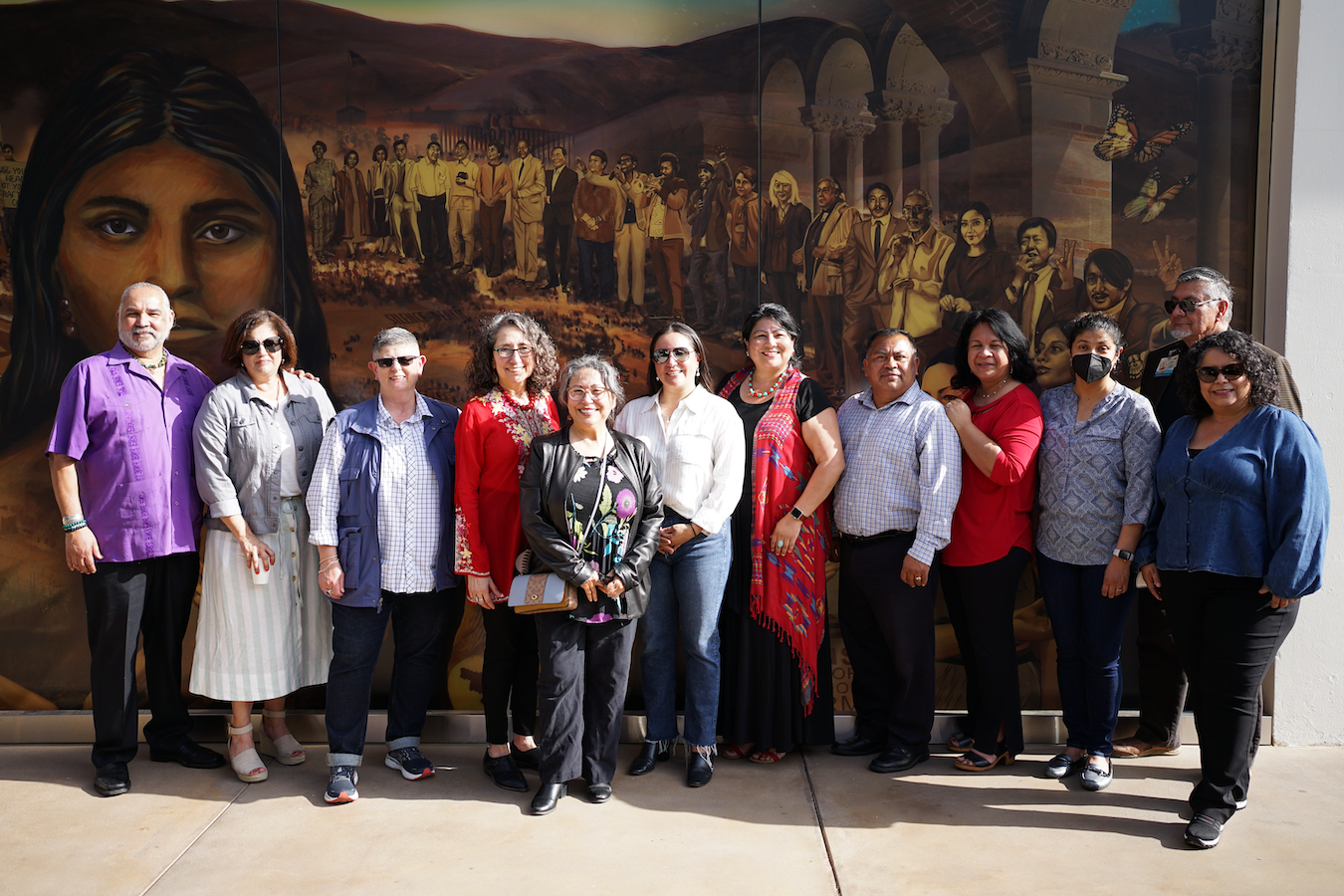 The co-chairs said they look forward to working with Gonzalez to realize the report’s recommendations and develop initiatives that will lead to an HSI designation.

“The task force worked together to build community and provide the foundation to build on,” Herrera said. “We need to reinvigorate activity in more units to become student-centered and equity-minded. In Elizabeth Gonzalez, we have someone who knows how to make it happen.”

Hurtado said, “I see the report and our recommendations as a roadmap for Dr. Gonzalez. It is informed by and builds on what other UC campuses are doing while providing a unique blueprint for the mobilization of UCLA campuswide efforts.”

Becoming an HSI is one of Chancellor Gene Block’s priorities. As he has expressed in several messages to the Bruin community, UCLA, as a public university, has a responsibility to ensure that it reflects the diversity of California and welcomes members of the state’s Latino communities, honors their intellectual and cultural contributions, and empowers them to flourish at UCLA and well past graduation.